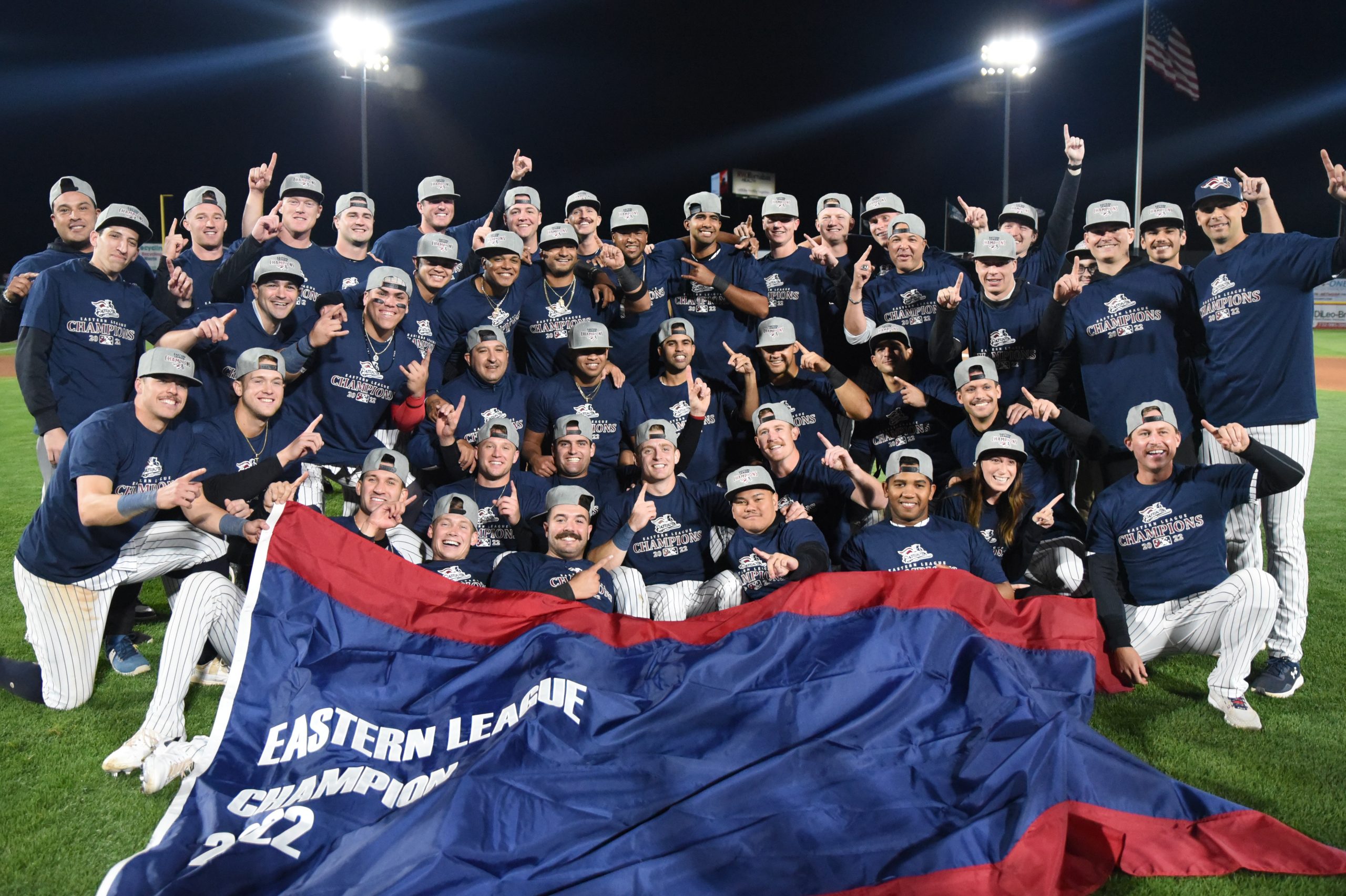 In what was one of the most historic nights in franchise history, the Somerset Patriots danced in champagne showers after being crowned the 2022 Eastern League champions following their 15-0, no-hit rout of Erie at TD Bank Ballpark on Wednesday night. Beyond their offensive barrage, starter Randy Vasquez tossed eight no-hit innings, striking out eight, and Carson Coleman finished it off with a clean ninth inning to complete the third no-hitter in franchise history and second of this magical campaign.

“I definitely felt pressure, obviously, in a win-or-go home,” said Vasquez thru translation provided by Sergio Santos. “I’m a professional and just did my job and just focused on what I had to do pitch-to-pitch.”

“It’s an incredible moment and I am just so happy for the players and staff,” said Fiorito. “This group is so incredibly talented and the attitude and effort they brought here every single day is incredible.” 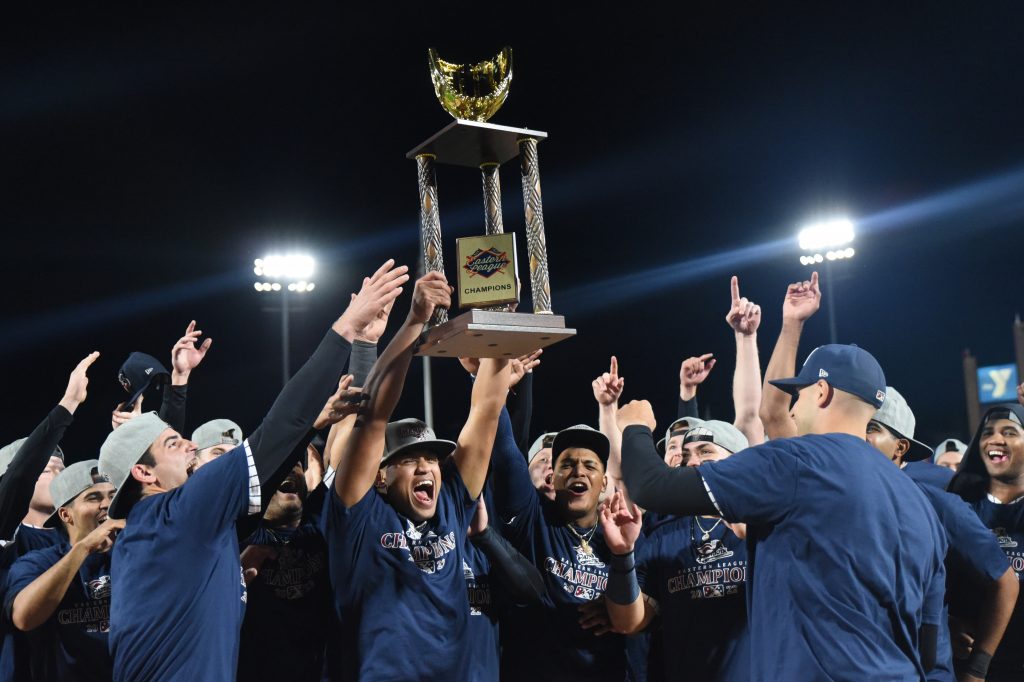 The Patriots dropped a tight one-run contest in game one on the road last Saturday but went on a 24-2 run over the final two games of the series to capture the teams seventh professional championship dating back to their historic run in the Atlantic League, but their first in affiliated baseball.

The bubbly was chilled and ready for the Patriots as this one got late early for the SeaWolves. The Patriots sent 12 batters to the plate in the first and knocked starter Ty Madden out after recording just one out on 18 pitches. A two-run single by second baseman Jesus Bastidas, a two-run double by first baseman Mickey Gasper and a three-run homer from outfielder Jasson Dominguez highlighted the Patriots nine-run first inning barrage. Dominguez recorded a hit from both sides of the plate against two different pitchers in the frame.

Manager Dan Fiorito talked all year long about not wanting his team to take the foot off of the proverbial gas pedal. Somerset did just that in the third after Dominguez crushed his second homer of the night, this time from the left side of the plate to extend the lead to 11-0. Third baseman Andres Chaparro chipped in a solo shot and outfielder Jeisson Rosario crushed a two-run homer to cap off a five-run third stanza to put the Patriots ahead 14-0. A bases loaded walk drawn by Dominguez pushed the Patriots lead to a staggering 15-0 advantage in the fourth. 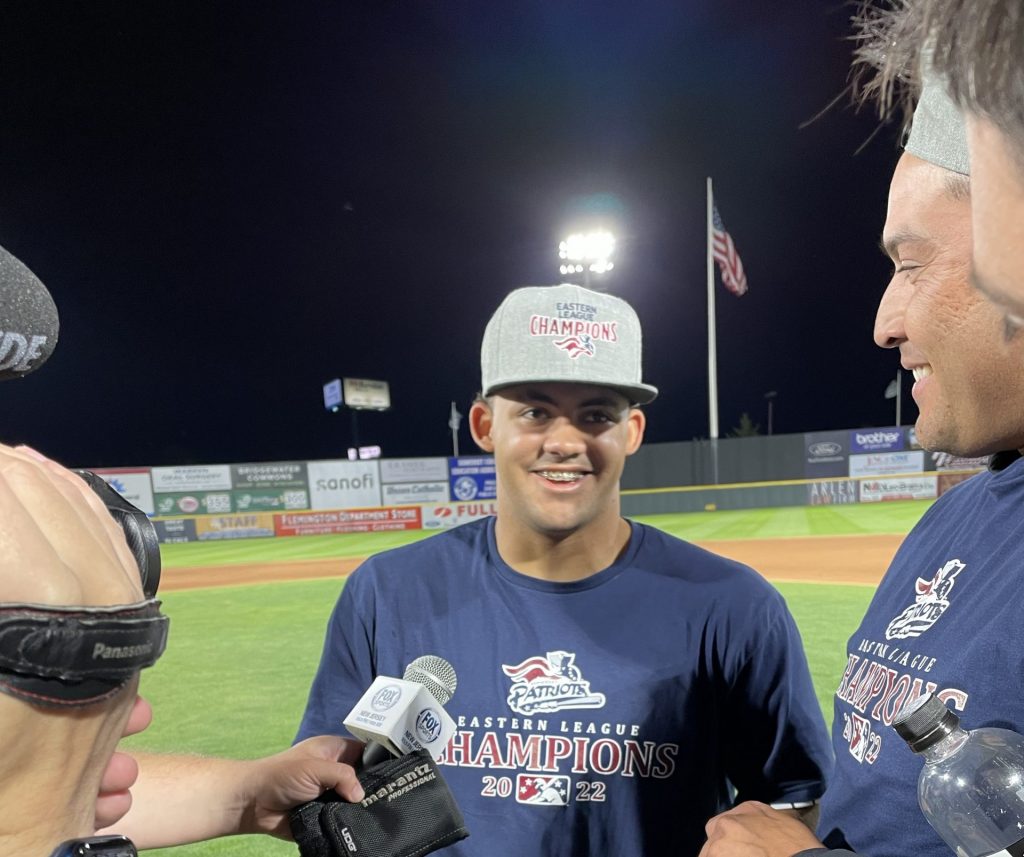 “I got two pitches from both sides, and I was able to put a good swing on it,” said Dominguez. “First one was a slider and the second one was a fastball.”

“The power tonight was unbelievable from both sides of the plate,” said Fiorito. “He’s 19-years-old and he is in Double-A right now facing the best pitching in the league in the biggest game of the year and that is the performance that we got. When your best bats rise to the occasion, it’s a managers dream right there.”

In all, each of the nine players in the starting lineup recorded at least one hit and five players recorded multi-hit efforts in the Patriots decisive 15-hit onslaught.

The 15 Patriot runs in the final box score paints a pretty good picture of how this one went, but so too does the zeroes across the board for Erie. Vasquez, the main stay in the team’s rotation for the entirety of the season, was sensational in turning in the best performance of his career. The 23-year-old Dominican product carried a perfect game into the seventh inning after retiring the first 18 SeaWolves to step into the box on just 63 pitches. After striking out his fourth straight batter to open the seventh, Vasquez walked Danny Seretti on a very close full-count offering. 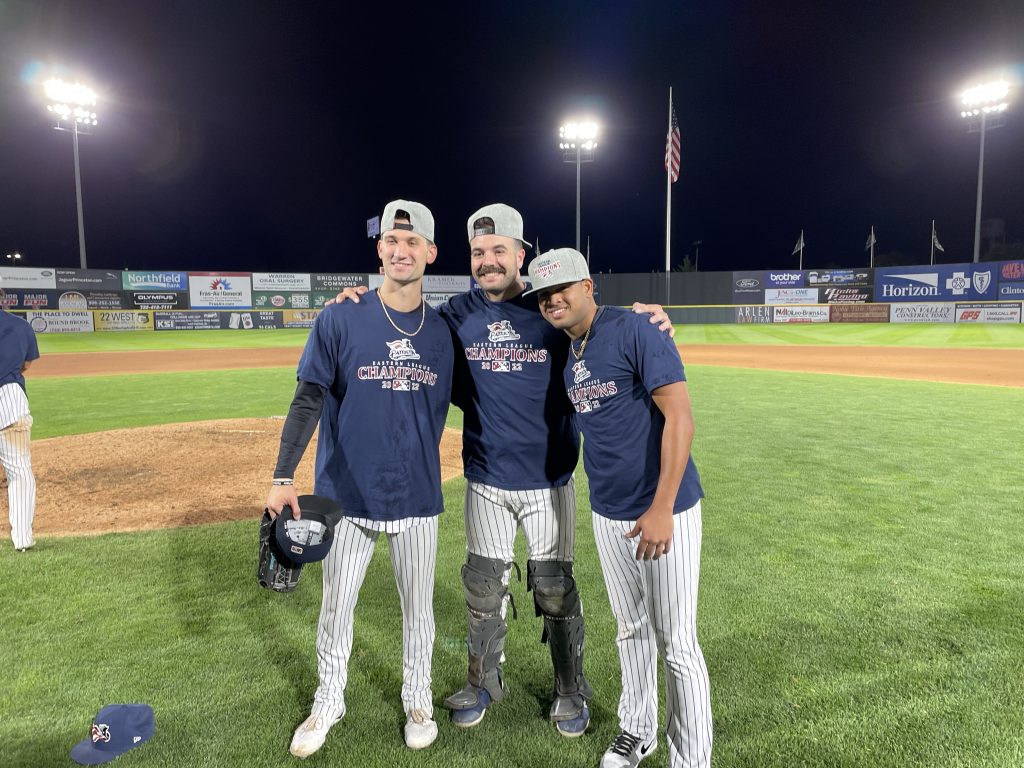 “After the fifth inning, I knew that I had it going on,” said Vasquez. “I’m going to keep attacking these guys and I got them tonight.”

“Randy answered the call in the first game in Portland and he’s been unbelievable all year,” said Fiorito. “He came out tonight and had his best stuff going and executed his game plan perfectly. He was the guy that we wanted out there.”

Vasquez retired the next two batters in succession to preserve his no-hit bid. After retiring the side in order in the eighth, Vasquez walked off to a standing ovation and a curtain call as an indication his night could be done at the 93-pitch mark. With a historic milestone hanging in the balance, Fiorito went to the bullpen and brought in Coleman for the final three outs.

“It was really a tough call,” said Fiorito on the decision to yank Vasquez. “It’s part of my job to look out for the future of these guys and Randy obviously has an incredibly bright future and you put that ahead of everything. The competitor that he is, he obviously wanted to go back out there, but I had to make the decision.”