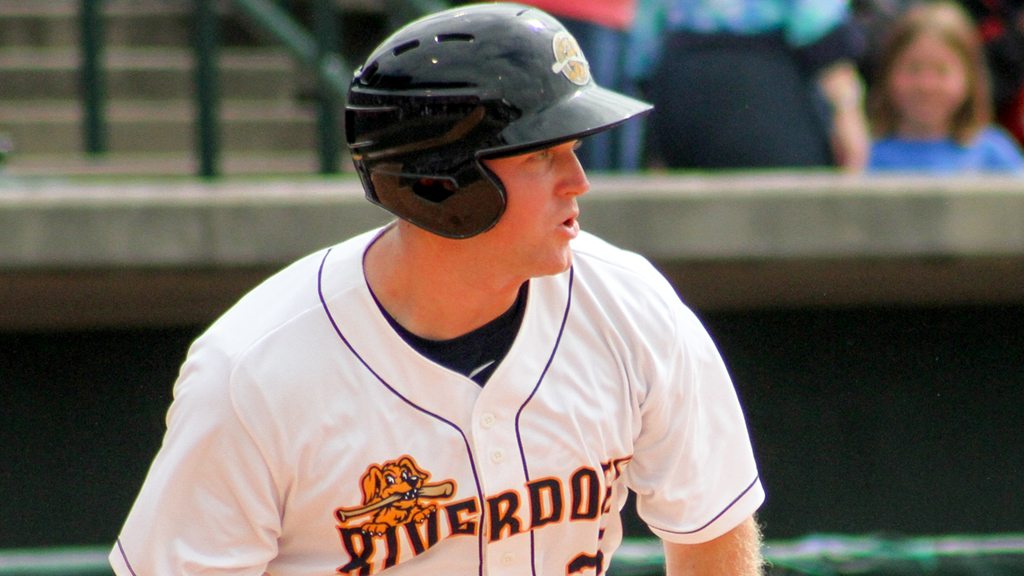 CHARLESTON, SC – Connor Spencer drove in the winning run with a walk off double in the tenth inning to push the RiverDogs over the Intimidators, 5-4 in front of 4,940 fans at Joseph P. Riley, Jr. Park Friday night.

With the score tied at 4-4 going into the bottom of the tenth inning, RiverDogs (32-21) first baseman Chris Gittens stepped up to the plate and got on with a leadoff walk.  Spencer followed right behind him with a double off of Taylore Cherry (0-2) to the warning track in center to drive Gittens home for the 5-4 win over Kannapolis (21-34).

Willie Gabay (2-0) entered for the tenth working a scoreless inning, standing in long enough to pick up his second win of the season.

Charleston presented the game winning run in the bottom of the ninth, but left the bases loaded and the winning run stranded at third as Kannapolis reliever Brannon Easterling fought back to get out of the inning and move into extras. With one out, Nathan Mikolas reached on an infield single to second base. Cesar Diaz entered as a pinch runner for Mikolas and moved to second on a wild pitch.  After a fly out, Jeff Hendrix was walked and Kyle Holder also beat out an infield single to first, loading the bases for Hoy Jun Park.  Park ran the count full, but was called on a check swing to end the inning.

Kannapolis didn’t go down without a fight, tying the game in the top of the ninth inning as Andrew Schwaab blew the save. Grant Massey led off the inning with a double to right followed by an infield single from Bradley Strong.  Kannapolis went to the bench for a pinch hitter in Tyler Sullivan and it paid off as he singled up the middle to score Massey, tying it up at 4-4.

The RiverDogs answered right back in the bottom half of the third with three runs to take a 4-3 lead.  After singles from Leonardo Molina and Kyle Holder, Hoy Jun Park yanked a SAL leading 7th triple of the season, plating both runs.  On the same play, Kannapolis’ catcher Zavala threw back down to third base to try and catch Park off the bag, but instead sailed the throw into left scoring Park putting the RiverDogs up 4-3.

The Intimidators took a two run lead in the third inning off of a two-RBI single from Seby Zavala.  Frank Califano and Kannapolis left fielder Lassiter opened the frame with back-to-back singles.  After a sacrifice bunt moved both runners up and a strikeout, Zavala drove home both runs to take a 3-1 lead.

Charleston tied the game in the bottom of the second inning, which featured a Jeff Hendrix RBI single to left.  Nathan Mikolas led the inning off with a double to left after Intimidator left fielder Landon Lassiter just missed a shoestring catch.  With one away Hendrix roped a single in to right just off the tip of Antonio Rodriguez’s glove allowing Mikolas to streak home tying the game at 1-1.

Kannapolis struck first in the top of the second inning with an RBI single off the bat of Danny Mendick.  With one out, Landon Lassiter doubled to right followed by Johan Cruz being hit by a pitch.  After a wild pitch moved the runners up 90 feet, Mendick slashed his RBI single into left field past a drawn in infield to make it 1-0.

Charleston remains in first place in the Southern Division, with a four game lead on the Asheville Tourists. The RiverDogs have 17 games left to play in the first half title race.

The Charleston RiverDogs kicked the weekend off right with another booming ISHPI Red Shirt Friday and Home Telecom Firework show after the game.

The RiverDogs will wrap up a three-game homestand against Kannapolis on Saturday night. Following the game, speed painter Tim Decker will dazzle fans with the production of three works of art in a matter of minutes showing the speed and finesse rivaled by only the RiverDogs players who will be available to sign pregame autographs on the concourse preceding the night’s finale against Kannapolis. The RiverDogs will send RHP Luis Cedeno (1-2, 2.87) as the Intimidators counter with LHP Johnathan Frebis (4-3, 4.63).