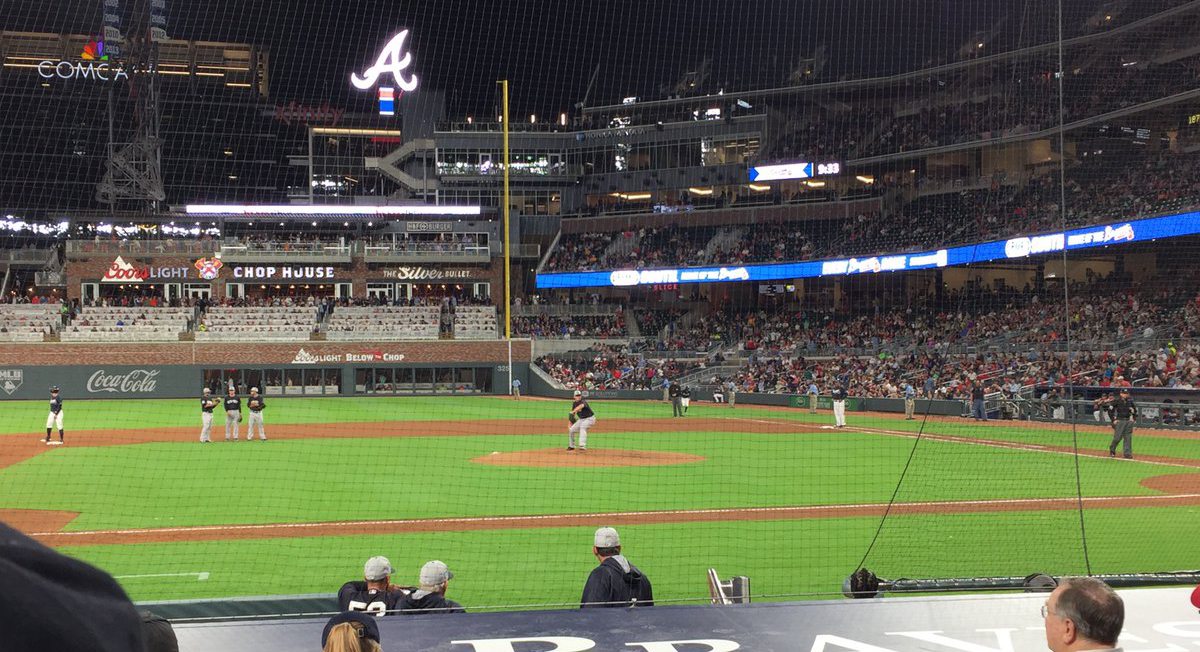 SunTrust Park’s gates opened for the first time this evening, while the conclusion of the game officially ended spring training.

The Braves won the Yankees final exhibition game of 2017 by a score of 8-5.

Miguel Andujar’s error in the bottom of the sixth inning cost the Yankees the game. Dellin Betances and Jonathan Holder allowed five unearned runs to score in the frame, immediately following the decisive two-out, bases-loaded error.

The highlight of the game came in the top of the third inning, as Greg Bird became the first player to hit a home run in SunTrust Park. Bird sent a 1-1 Bartolo Colon fastball over the right field wall for a two-run home run.

Chris Carter also left the yard in his first at-bat of the game, as he took Ian Krol deep in the seventh inning.

The pitching staff finished with the best WHIP (1.16) and batting average against (.221), along with the second-best ERA (3.48) in all of Major League Baseball.

Masahiro Tanaka was unbelievable this spring, posting an MLB-best 0.59 ERA and .115 BAA.

On the offensive side, the Yankees finished tied for second in home runs (29), eighth in runs batted in (183), and seventh in runs scored (198).

It is safe to say there is a lot to be excited for in the Bronx this season.

For a full preview of the 2017 season, and a recap of spring training, please listen to the first episode of the Pinstriped Prospects Podcast that will air next week.