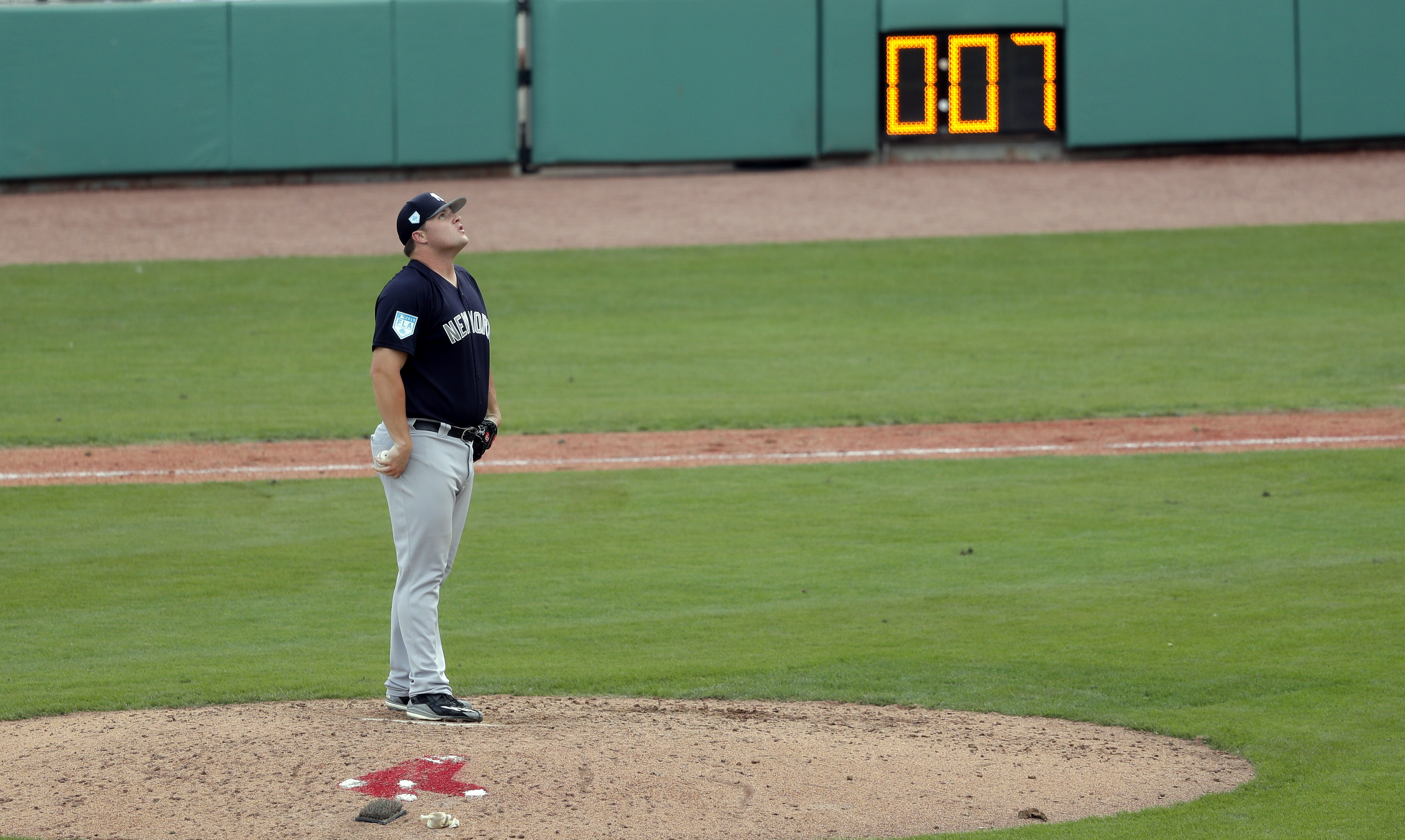 The Yankees’ first Spring Training Game of the 2019 season was a rematch of the 2018 ALDS. It ended in an 8-5 Red Sox victory, but it was hard to come by the same players that were on the field in October. Giancarlo Stanton and Aaron Judge did not make the trip, but that opened up the door for fans to hone in on Greg Bird, Clint Frazier, Estevan Florial, and Gleyber Torres for a couple of at-bats. From a pitching perspective, we got a glimpse of some young talent along with some new veteran names that could have a chance to make an impact if they prove themselves throughout the Spring.

Aaron Hicks, Gleyber Torres, Miguel Andujar, Greg Bird, Clint Frazier, and Tyler Wade were the most recognizable names in the Yankees starting lineup for their first game of the Spring. Torres homered in the second at-bat of the game on an off-speed pitch that he golfed over the center field wall. It was the same smooth swing that we saw for most of last season, so it’s nice to see that he was able to pick up where he left off. Torres, nonetheless, has his position more or less guaranteed on the everyday roster alongside Aaron Hicks, who roped an RBI double into center field in the second inning. Both Hicks and Torres would finish the day 1-2 with an RBI apiece. Miguel Andujar went 0-2 from the plate with a foul out and a groundout.

Perhaps the most positive takeaways from this game were Clint Frazier and Greg Bird‘s at-bats. Frazier went 1-3, and he put a good swing on a line-drive single to center field in his first at-bat. Bird went 2-2 in his return to relevance. In his first at-bat, he smacked a double to left field in a nice showing of opposite field power, and then followed that up with a deep single in his second at-bat before calling it a day. It will be interesting to see how the Spring develops for Bird, as Boone appears to have hinted that he does not think first base will be a platoon-led position. Estevan Florial even got in on the action, lacing a single to center field in the top of the 5th for his first hit of the Spring, he would finish the game 1-3 from the plate.

Nestor Cortes got the nod to start the first Spring Training game for the Yanks, looking good in the first inning before running into his fair share of issues in the second and third innings. He finished with 2.2 innings pitched and gave up four earned runs on six hits while striking out three. Newcomers Drew Hutchison, Rex Brothers, and Danny Coulombe all made appearances. Brothers and Coulombe each pitched solid innings of work while Hutchinson struggled giving up two runs on three hits in an inning pitched.

The Yankees will play the Tampa Bay Rays at Port Charlotte in their second Spring Training game of the season on Sunday. Jonathan Loaisiga is set to get the start against Tyler Glasnow. First pitch is 1:05 PM EST.