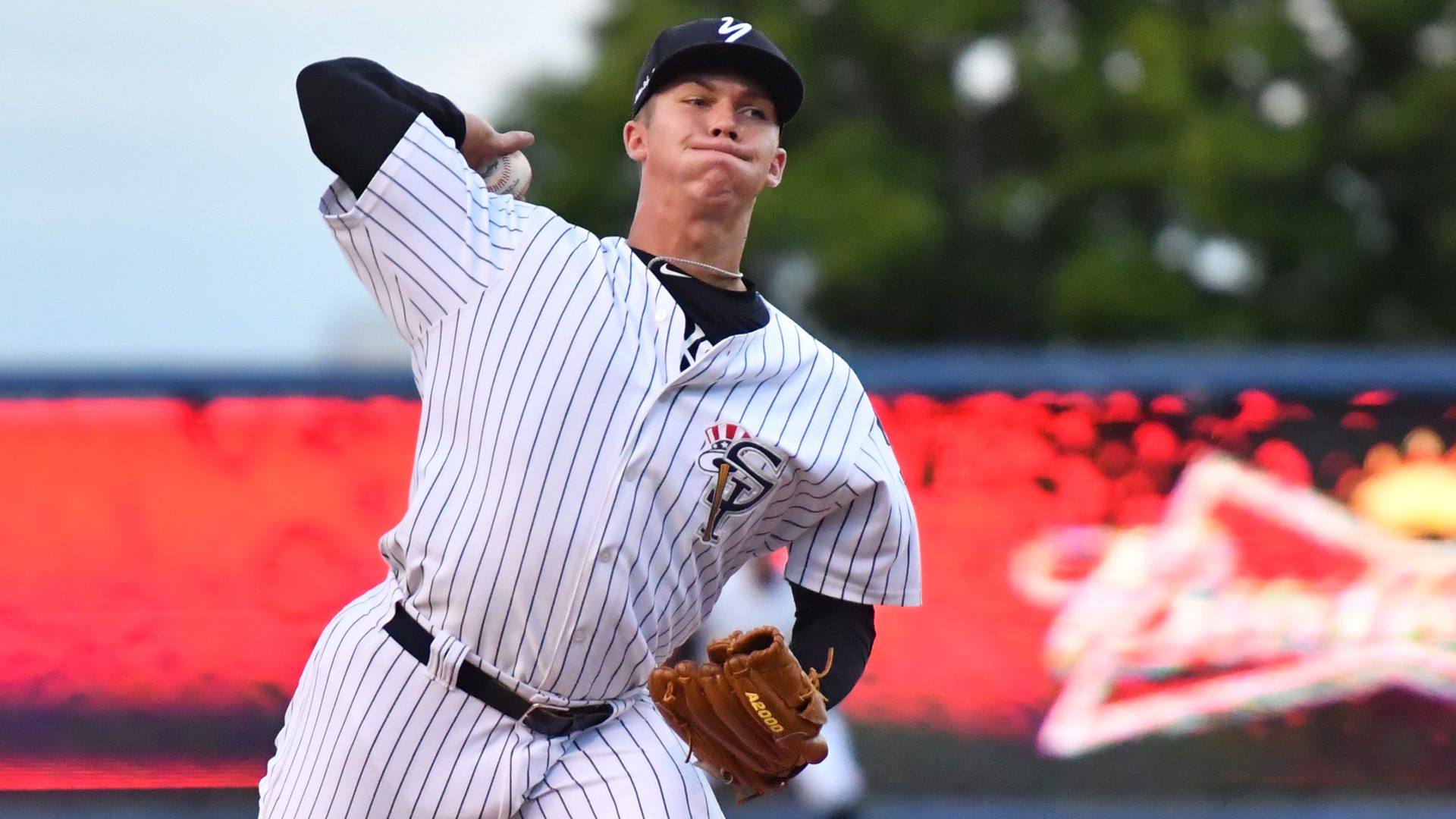 STATEN ISLAND – Despite being outhit 10-5, it still took 12 innings for the Staten Island Yankees to drop a 3-2 decision to the Lowell Spinners at home on Monday night.

The Yankees (23-11) came back two separate times to tie the game with the Spinners (13-20), and both teams battled the elements for most of the game – but in the end Staten Island left four runners in scoring position and that proved to be the difference.

“No one is feeling bad right now. I mean, obviously guys are disappointed because of the loss but it was a great game,” said Staten Island manager Julio Mosquera. “When you play 12 innings like that there’s nothing to hang your head about. I thought our pitching did a hell of a job today, we just couldn’t get that big hit at a time when we needed it. But that happens, it’s part of the game.”

Glenn Otto made his Staten Island debut for the Yankees in this game, however, because of a strict pitch-count, he only lasted 1 2/3 innings. Over that time, he surrendered one hit, one run (earned) one walk, and he struck out three.

“I really wanted to see how he competed out there today. It was just his second start of the season, and I think he has great stuff,” said Mosquera of Otto whose only previous start this season came in the Gulf Coast League. “I think he’s going to help us a lot because the more we send him out there the more comfortable he’s going to get.”

Daniel Alvarez, the original scheduled starter for this game, came on in relief of Otto and was absolutely brilliant. Alvarez navigated his way through 7 1/3 innings for the Yankees where he scattered five hits, gave up only one run (earned), walked one, and struck out six.

“Can’t say enough about the job that Alvarez did today, especially under the conditions he was pitching in. It was messy out there, rain, wet, and he battled out there,” Mosquera said of Alvarez who retired the first seven batters he faced. “I told him in the dugout, there is nothing to feel bad about, you came out and you did your job and battled through tough conditions.

“To keep us in the game was outstanding.”

Trailing 1-0 in the bottom of the fourth inning, catcher Jason Lopez deposited a 3-2 pitch into the trees beyond the fence in left field with two outs to tie the game at one apiece. 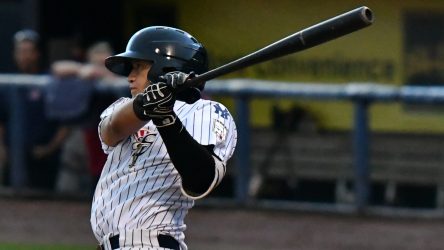 Then, in the sixth, with the Yankees trailing 2-1, Timmy Robinson led off the inning and was hit by a pitch. He would come around to score on a Manny Argomaniz fielder’s choice. The Spinners infield was playing in and tried to get Robinson at home, but he slid right underneath the tag to tie the game again.

Staten Island’s next best chance to score – and win the game – came in the bottom of ninth when they were setup with runners at second and third with just one out. But, Nelson Gomez struck out swinging and then Robinson took a called strike three to end the inning and push the game into extras.

“You just gotta tip your cap to their pitchers, they got the outs when they needed it,” Mosquera said. “They made some big pitches. It was a battle out there today, and it just didn’t go our way. Just one of those days.”

The loss snaps the Yankees’ winning streak at three, and these two teams will meet in the rubber match of this series on Tuesday at 11 a.m.

“You know, it is what it is. (Lowell) has to come back and do the same thing so somebody has to win tomorrow,” Mosquera said of the quick turnaround. “So, we’ll see who shows up tomorrow. But, we’ve been down this road before so everyone here knows how to handle it.

With his single in the 11th inning, Wilkerman Garcia extended his hitting streak to six games.