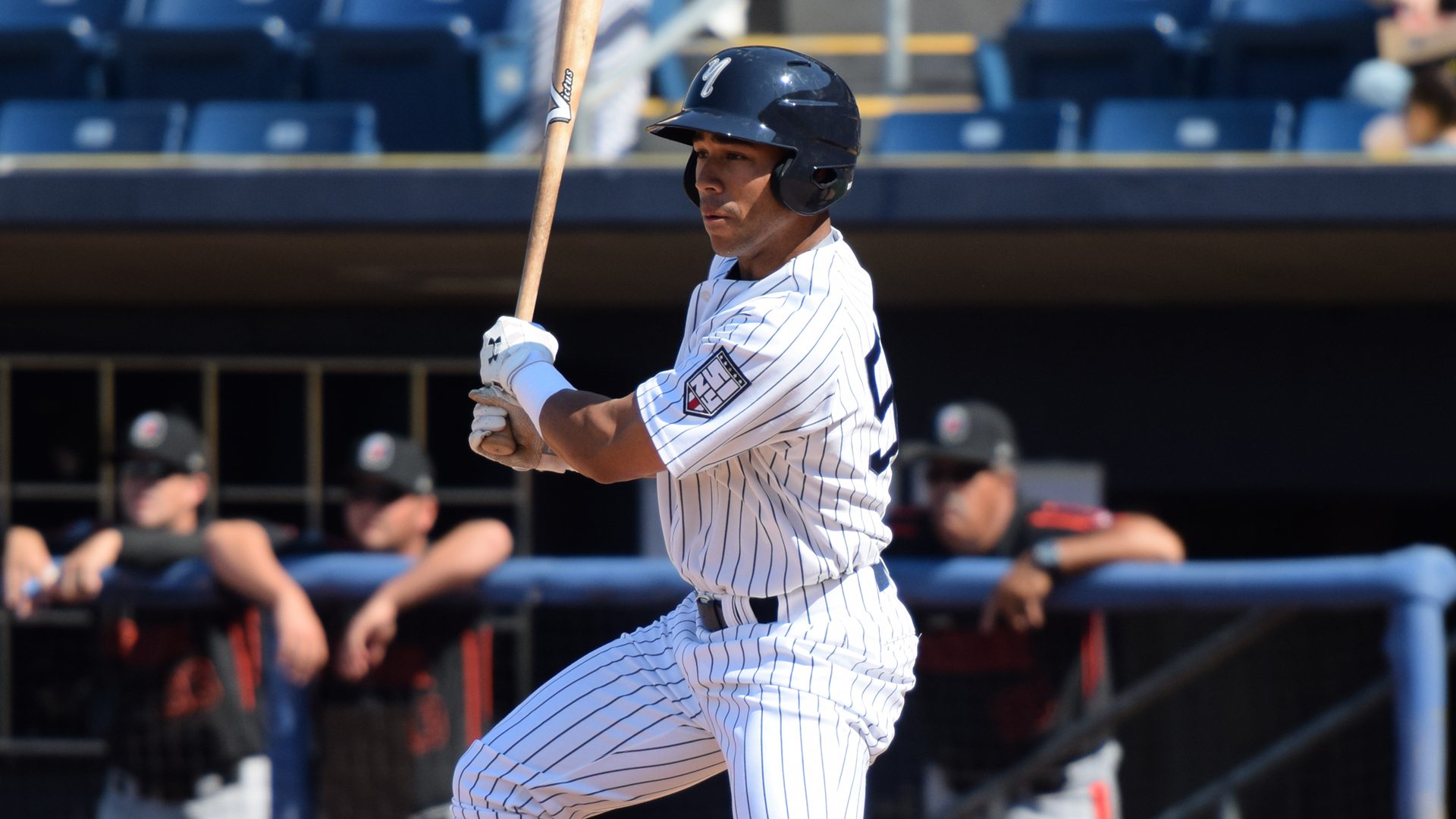 After losing their last five games, and their last eight games against the Hudson Valley Renegades the Staten Island Yankees managed to squeak a win by thanks in part to a sacrifice bunt by Angel Aguilar.

The Yankees were the first to get on the board in the game when in the bottom of the second inning Dom Thompson-Williams hit a deep fly ball to right-centerfield, going over the fence for his second professional home run.

It was not a pretty game for the Staten Island pitching staff as the Baby Bombers needed four pitchers to finish off the Renegades.  Freicer Perez started the game and went just three innings, allowing two runs on three hits and five walks while striking out two batters.  He threw a total of 74 pitches with 36 of them being for strikes.

The Staten Island Yankees added two more runs to their total in the bottom half of the third, once again taking the lead.  Carlos Vidal walked, Nick Solak then was hit in the forearm, and Drew Bridges hit a hard ground ball to the shortstop for an infield hit to load the bases.  After two straight strikeouts, Dalton Blaser would hit a ground ball to center field to bring home Vidal and Solak, but Bridges would be thrown out at third to end the inning.

Right-hander David Palladino took over on the mound in the fourth inning.  He walked the first two batters he had faced before Jake Fraley grounded into a force out at second.  Fraley then stole second, and Jim Haley struck out for two outs in the inning, but Palladino proceeded to walk the next three batters to give the Renegades a 4-3 lead over Staten Island.  He would end his night throwing 30 pitches, ten strikes, getting just the two outs before David Sosebee would come in to finish the inning.

Hudson Valley remained in the lead until the bottom of the fifth inning when the Baby Bombers tied it up at 4-runs apiece.  Danienger Perez came in as a pinch-hitter for Nick Solak with one out and singled on a ground ball to center.  After a pop out to third by Drew Bridges, Timmy Robinson was hit by a pitch.  The Renegades would then make a pitching change, bringing in Deivy Mendez to pitch to Dom Thompson-Williams.  Thompson-Williams hit a soft fly ball to center for a RBI base hit.

Sosebee threw 3 1/3 innings, allowing two hits and a walk while striking out two batters.  It lowered his season ERA to 1.96.

In the eighth inning Chad Taylor took over on the mound, the light-throwing right-hander earned the win after he struck out four batters in two innings of work, needing only 26 pitches to it.  In the bottom of the eighth inning, Dom Thompson-Williams started things off with a double on a line drive to right.  Dalton Blaser then walked to bring up Angel Aguilar.  Aguilar laid down a perfect sacrifice bunt that forced the third baseman to come in and try to make the play, fortunately for the Yankees the third baseman made a throwing error that allowed Blaser to move to third and Aguilar to reach second base.  Kendall Coleman then hit a sacrifice fly to center before Eduardo Navas got hit-by-the-pitch.  Carlos Vidal ended the inning after hitting into a double play.

Tomorrow night will be the rubber game of this series with Kolton Mahoney scheduled to make the start for the Staten Island Yankees.  Mahoney will be making his fourth start of the season, after beginning the year in the bullpen.