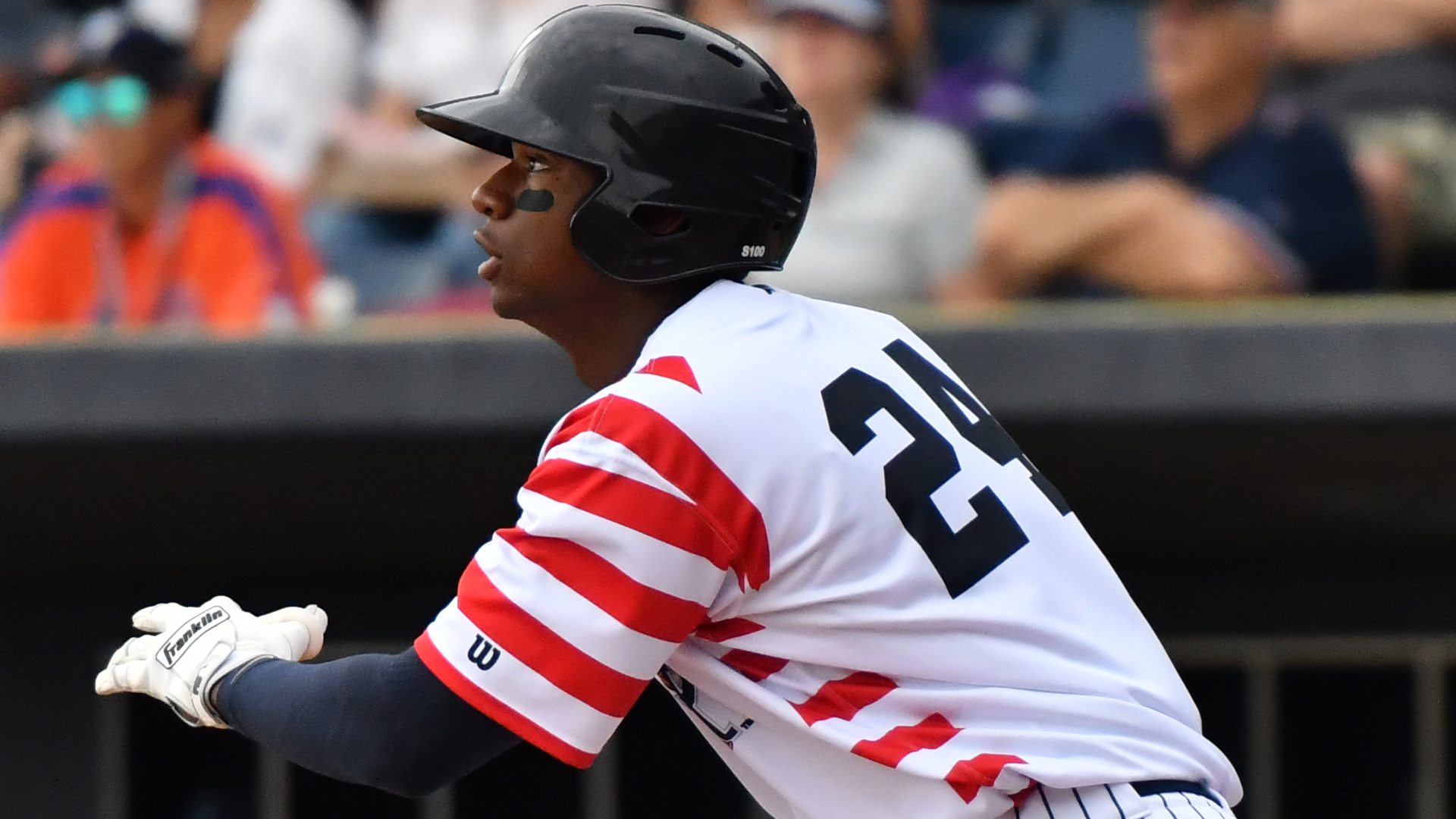 Kendall Coleman has been impressive in his return to Staten Island (Robert M. Pimpsner)

STATEN ISLAND – For the first time since the start of the season, the Staten Island Yankees are no longer alone atop the New York-Penn League.

The Yankees (26-18) entered Friday nights matchup with the Aberdeen Ironbirds (26-18) having won just three of their last 10 games, and in danger of being swept in this series and losing their hold on first place in the McNamara Division.

And that is exactly what happened after the IronBirds snatched a 5-4 victory at Richmond County Bank Ballpark on Staten Island.

The game contained four lead changes, 18 totals hits, five errors, and was decided by a run in the ninth inning that was scored by a runner who appeared to be thrown out trying to steal second base earlier in the inning, but was called safe.

“You know, those games actually are fun,” said Staten Island manager Julio Mosquera. “You compete all the way to the end, both teams are playing hard, and somebody has to win in the end. Unfortunately, tonight, it wasn’t us.”

“But, we battled right to the end.”

Juan DePaula took the ball for the Yankees in this one, looking to end the team’s skid, and he was solid. DePaula appeared to bend a few times, but never broke, as he navigated his way through 5 2/3 innings, scattering eight hits while giving up four runs, but only two were earned. He also walked two and fanned three.

“I liked how he competed today,” Mosquera said of DePaula. “He went out there and attacked hitters. He’s very intense when he’s on the mound, so it was good to see. You know, we took him as far as we could but we’ve got to keep him on a pitch count so we took him out when we had to.” 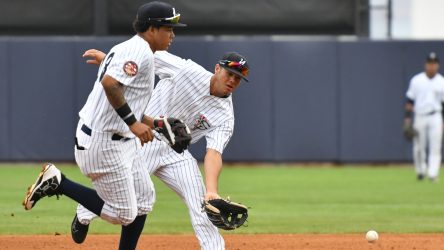 Wilkerman Garcia opened up the scoring with an RBI sac-fly in the third inning to score Cody Brown. But, DePaula ran into trouble at the top of the very next inning as he loaded the bases without recording an out. The IronBirds scored three times in the fourth to take a 3-1 lead.

But, the Yankees’ offense responded quickly. Staten Island sent seven batters to the plate in the bottom of the fourth, and the big blow came off the bat of Ryan Krill who tripled with the bases loaded to give the Yankees the lead once again. 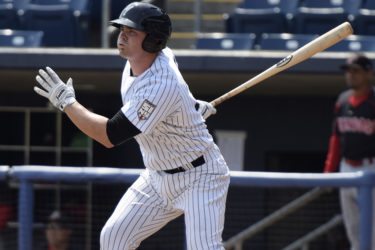 “That was fun. It definitely sparked the team,” Mosquera said of Krill’s hit. “He hit the ball pretty good and it carried a lot, and most importantly it gave us a chance to take the lead again. And it was great to see him get a good swing there, I was excited about it.”

After getting the first two outs of the sixth inning, DePaula walked the No. 9 hitter in Aberdeen’s lineup, and he was promptly removed from there. Justin Kamplain got the nod out of the bullpen, but could not escape the inning unscathed after an E6 allowed a runner to score and tie the game at 4-4.

“Look, those things are going to happen,” Mosquera said. “They’re young guys. And no excuses, you still gotta play the game the right way, but that’s a mistake that’s going to happen and you just gotta learn from it.”

Kamplain came out for the ninth inning, and after giving up a leadoff single to Aberdeen’s Kirvin Mosquit, he quickly got the next two batters out. Mosquera promptly came out of the dugout and pulled Kamplain in favor of southpaw Chase Hodson.

The first pitch from Hodson was a pitch-out, and it was the right call as Mosquit took off for second. The throw from catcher Manny Argomaniz clearly beat Mosquit to the bag and the tag looked to be just ahead of Mosquit touching the bag. But, the umpire at second base called Mosquit safe and he would come around to score the game-winning run on a base hit by the next IronBirds’ batter.

“I just liked the matchup better there with Hodson, and Kamplain gave us three good innings already. He did his job,” Mosquera explained. “With Mosquite on first, I brought in the lefty so that he could hold him on a lot better. And we tried the pitch-out there and he went, but obviously he’s one of the fastest players in this league, and the umpire said he just beat the throw.”

The Yankees went down in order in the bottom of the ninth, and will now hit the road for a three-game set against Connecticut starting Saturday.

“Now we just gotta learn from this,” Mosquera said. “This is a tough league, and if we’re going to make it in this league we gotta win games like that.

“We don’t have much time to sit and think about this, we’ve got another game tomorrow. I mean, it is what it is so I just gotta let them go back out there. We just gotta keep playing. You know, it’s not like we’ve been playing horrible, we’ve been battling out there.

“So, we’ll hit the road tomorrow – which is good – get the mind clear, play a different team, and take it from there. You can’t take anything for granted, just gotta go out there and compete.”