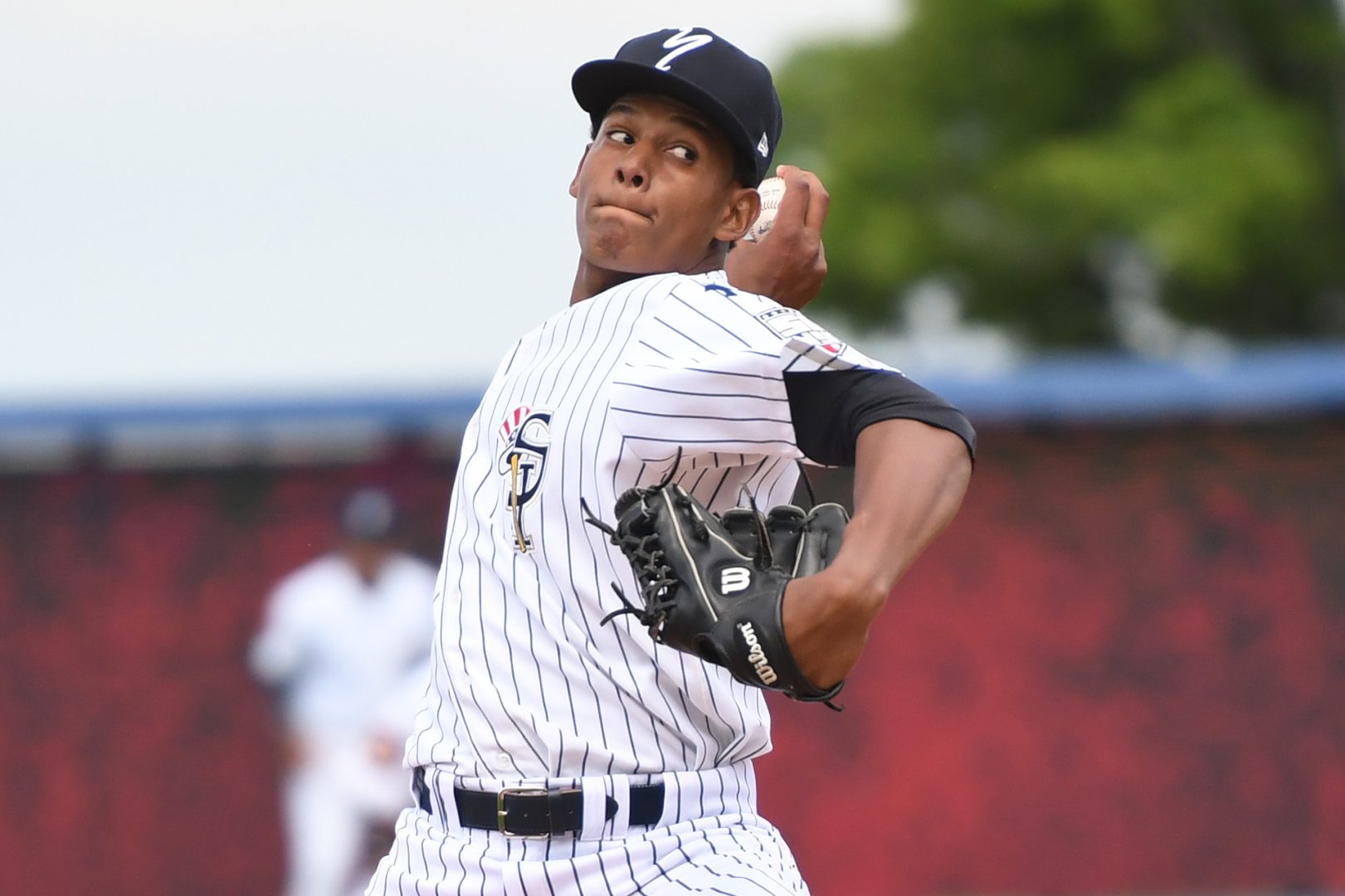 STATEN ISLAND, N.Y. – The first week of the New York-Penn League season could not have fared any better for the Staten Island Yankees, who opened the season with wins in four of their first five games. Their early fortune continued on Sunday in a 3-1 victory over the Aberdeen Ironbirds for their third consecutive series win.

When a team experiences lasting success they typically take advantage of opposing mistakes to get ahead. For the Yankees, those opportunities came in the second inning with Jason Lopez scoring on a passed ball from Aberdeen backstop Ben Breazeale and a throwing error from shortstop Jorge Ortega with Daniel Barrios at the plate.  The bottom of the order served as a catalyst for Staten Island with three extra-base hits and two runs scored.

“This is one of the good things about our team,” Staten Island manager Julio Mosquera said. “We teach them to play the game the right way and take advantage of mistakes. Every chance the other team gives you is something you must take. These guys are ready for that challenge all the time.” 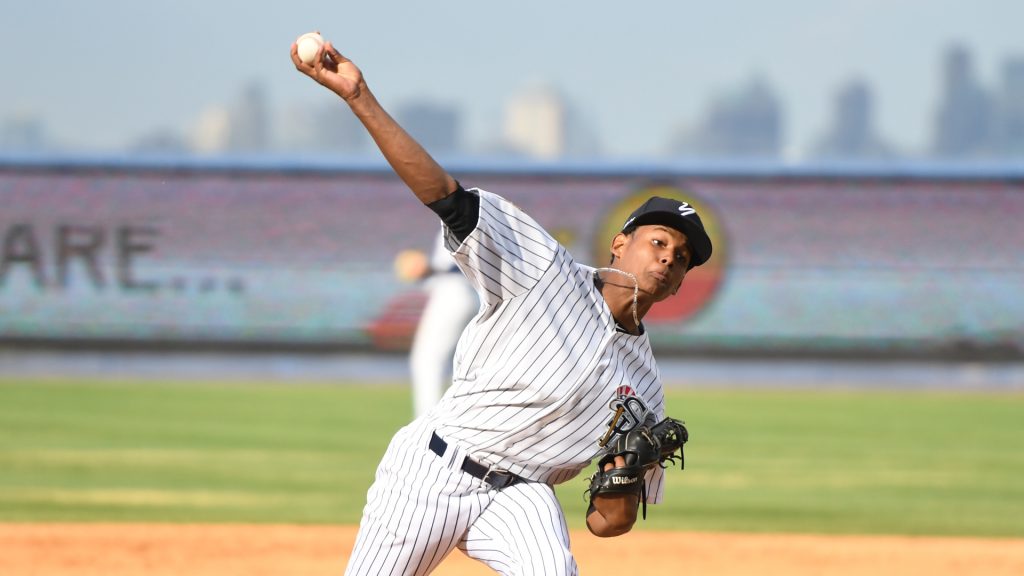 Once again the pitching proved formidable for Staten Island, as Jhony Brito (1-0) held strong on the mound for 5.1 innings to record his first victory in short-season play. Brito relied heavily on his offspeed pitches to stay ahead of hitters and was able to escape multiple jams.

“With Brito, we trust him a lot. We trust each one of our pitchers. He’s shown an ability to dominate with his offspeed and his breaking pitches. He is also able to locate his fastball and throw strikes. It helps on the mound that he is calm and he doesn’t panic too much.” 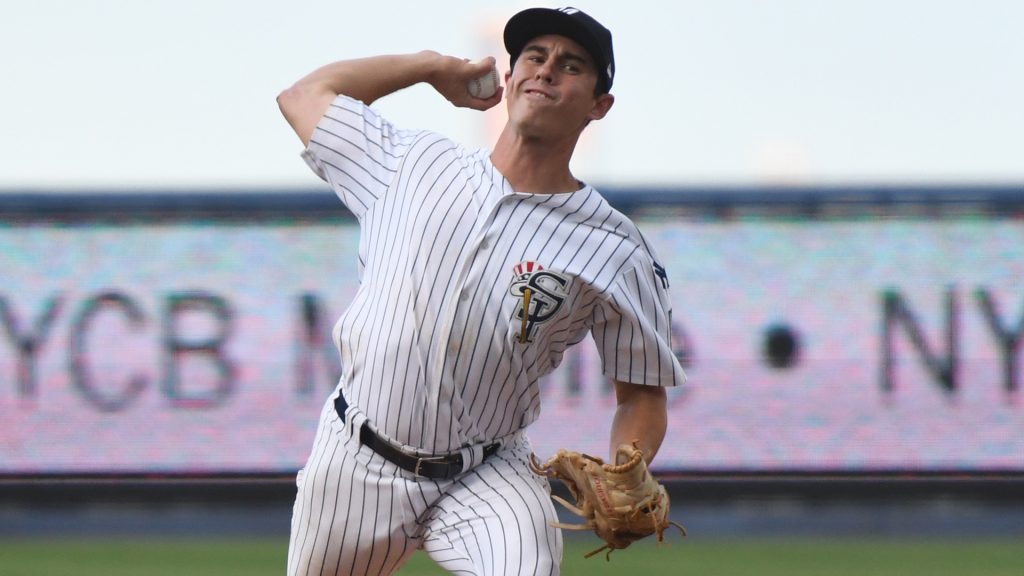 Chase Hodson pitched an inning and a third in relief. (Robert M. Pimpsner)

Chase Hodson stranded the bases loaded to escape the sixth as the bullpen pieced together 3.2 scoreless innings of relief and have yet to allow a run in 8.2 innings at home this season. The Ironbirds finished hitless in 11 at-bats with runners in scoring position and have not collected a hit in their last 16 innings in that spot.

“We have a tremendous bullpen. I trust each one of those guys out there,” Mosquera said. “I saw those guys at extended spring training and they all have great stuff and compete. They do not give up. They build confidence early in the season and it’s good to have a bullpen they can trust.” 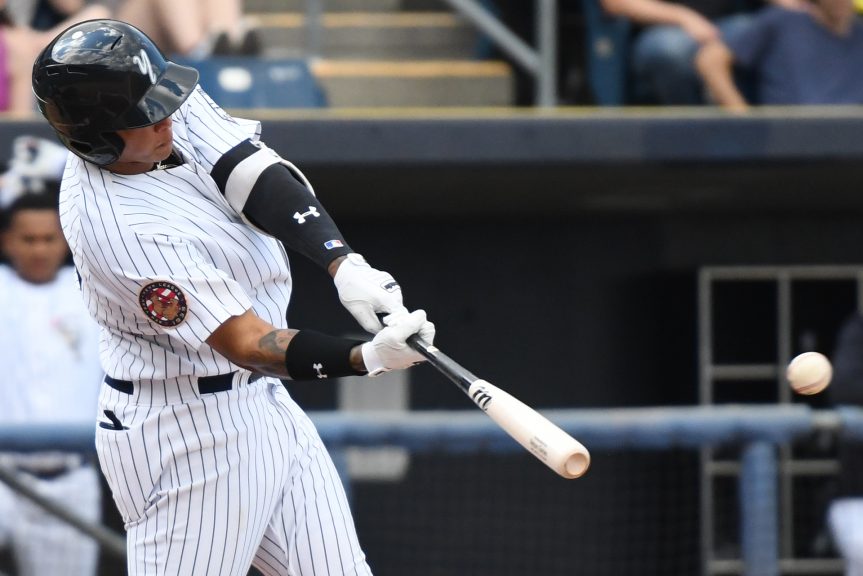 Nelson Gomez connects for a base hit in his first game back from suspension. (Robert M. Pimpsner)

Aberdeen pitching held Staten Island to just five hits, but they could not limit the efforts of the bottom of the order, which contributed three doubles and two runs with Carlos Vidal, Ryan Krill, and Daniel Barrios leading the charge. Additionally, the lineup received a boost with the return of Nelson Gomez, who was 1-for-3 with a single and a walk in his Staten Island debut following a five-game suspension.

“We would like to see everybody in the lineup do their part from the first to the last hitter. They have a responsibility and I trust each individual. Somedays, it will be the bottom of the order and the next day, it might be the top of the order. Gomez is a comfortable kid. He tries to do the best he can and I was happy to have him back in the lineup.”

Confidence rides high for Staten Island with each passing game and the cohesiveness stems from the roster working extensively in extended spring training with flawless execution and precision. The Baby Bombers will seek their first three-game sweep of the season on Monday with Jorge Guzman taking the mound on the hills of an impressive Opening Day outing against the Brooklyn Cyclones.

“It’s a good way to start a season when you play close games,” Mosquera notes. “The whole team is impressing me. When you go out and do your business the right way and that includes, pitching, hitting, and defense. They are taking care of what they are supposed to do and that is key.”