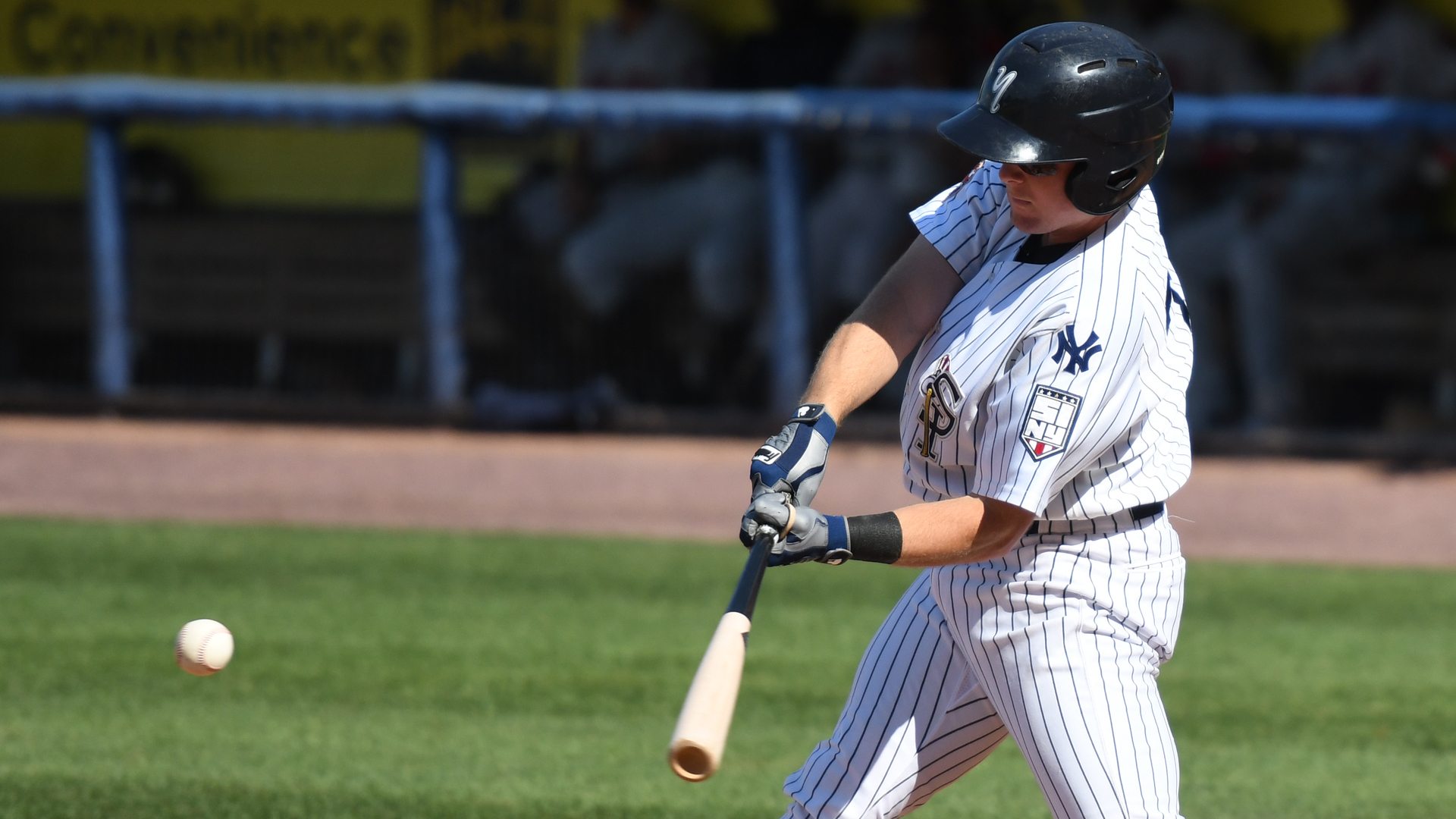 STATEN ISLAND – Confidence is everything.

And the Staten Island Yankees are experiencing no shortage of confidence as they continue to find different ways to win this season.

The Yankees improved their league-best record to 9-2 on Sunday afternoon after squeaking out a 2-1 victory over the Tri-City ValleyCats at home – this time in come-from-behind fashion.

In a game that lasted a mere two hours and 17 minutes – thanks to outstanding pitching by both sides – it was timely hitting and heads-up base running late that proved to be the difference in this game.

“Anytime you finish in an exciting way, it makes you happy,” Staten Island Manager Julio Mosquera said with a smile after the game. “Those guys battled to the end, and that’s a good thing to see.”

After giving up a solo home run in the first inning, Yankees’ starter Daniel Alvarez (1-0) settled down to give the team seven stellar innings, where he scattered five hits — only surrendered that lone run – did not walk anyone and struck out five. He also retired 12 straight ValleyCats hitters between the third and seventh inning. 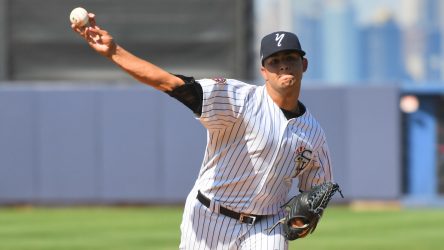 “I felt good — just focused on getting outs every inning,” Alvarez said. “The home run really didn’t bother me. It was just a pitch that I left up in the zone and the hitter put a good swing on it. But it never bothered me. I was just focused on throwing strikes. I wanted them to make contact early so that I could get quick outs. I really just wanted to attack the zone.”

“I think he threw the ball really well today,” Mosquera said of his starter. “One pitch, that doesn’t really bother us. That’s going to happen. The good thing about it is that he learned from it and he didn’t give up. So, he kept pitching and actually towards the end of his outing he showed me that he has an extra gear.”

The only real trouble Alvarez ran into all afternoon was in the seventh. With two outs in the inning, the southpaw gave up back-to-back hits for the first time all game. With a ValleyCats’ runner in scoring position, Alvarez reached back and struck out the next batter to end the inning and the threat.

“Anyone else could have panicked at the end there, but he really didn’t,” Mosquera said. “He was confident, and at the end of the inning when he came back to the dugout I told him, great job, and he said, I wasn’t going to let that one go.”

“I really was not worried about that hitter,” Alvarez said. “I just wanted to make my pitches and get that out.”

Staten Island’s offense was limited to six hits all game, but the Yankees made the most of their opportunities. Second baseman Cody Brown picked up his first professional hit in the fifth inning and it came in the form of a game-tying home run that landed well beyond the fence in right field.

“He gave us some quality at-bats out there today, and that was a huge hit – it tied up the ballgame,” Mosquera said of Brown’s first hit.

“So, I told him you may want to go swimming later and get that ball. It was great to see.”

“It was huge,” Brown said of his blast that came on a 1-2 count. “Just to have my first career hit, and to have it be a home run is pretty special. Especially getting to do it here in front of the home crowd. It was pretty awesome.

The game remained knotted at one apiece, until the bottom of the eighth inning. Wilkerman Garcia and Nelson Gomez got on base with consecutive one-out hits, and that set the stage for Kendall Coleman. Batting in the No. 3 hole for the first time this season, Coleman came to the plate — with both runners in scoring position — and swung at the first pitch he saw and lifted it into right field.

The right fielder caught it and fired it back into the infield. Rather than go home, Tri-City caught Gomez trying to move to third base on the play, but Garcia had already crossed home plate so the Yankees took their first lead of the game.

“I knew that the infield was in so I just needed to get the ball to the outfield to get that run in,” Coleman said. “And, (Garcia) did a really good job at third base. I know he was on a contact-read so that’s a tough play since I hit the ball on a line, but he got back and tagged, so it was a great job by him.”

Greg Weissert came out of the bullpen for Staten Island in the ninth and pitched a 1-2-3 inning to seal the victory and pick up the save.

“We have no problem building confidence in our pitching because we trust each and every one out there,” Mosquera said.

The Yankees will now go for the sweep of the ValleyCats on Monday night. First pitch is set for 7 p.m.