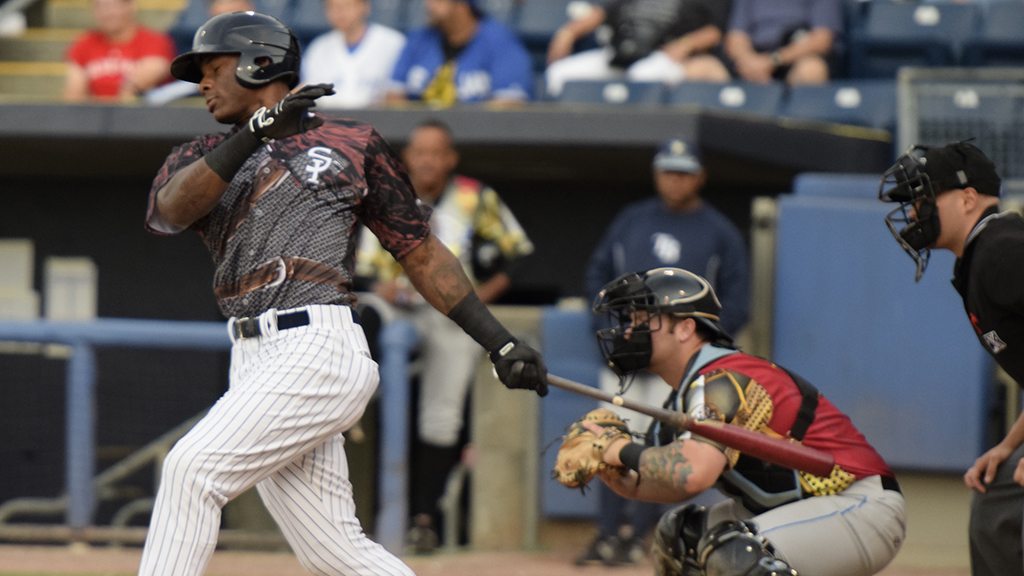 STATEN ISLAND, NY – With a franchise record 7,529 fans packed into Richmond Country Bank Ballpark on Saturday for Game of Thrones night, the Staten Island Yankees (25-21) continued their winning ways with a 10-1 drubbing of the McNamara Division rival Hudson Valley Renegades (22-25).

The Game of Thrones branded Staten Island Dierwolves struck early and often in a 14 hit onslaught against Carmeron Varga and the similarly themed Hudson Valley Lannisters pitching staff.Dierwolves outfielder Jhalan Jackson, named to the New York-Penn League All-Star team earlier in the day, fueled the offensive attack with a triple, double, and a career high five runs batted in.

Third baseman Brandon Wagner homered for the second time in as many days, plating three runs, and bolstering his .252 average.The Dierwolves bullpen, led by Johnny Drozd and Jose Mesa Jr. pitched 6.1 innings of scoreless relief after the departure of starter Ethan Carnes. Mesa collected his first save of the season, striking out five in three innings of work, while lowering his earned run average to 0.54.

These efforts strengthened the notion of a bullpen which continues to develop into one of the best in the New York-Penn League this season.Off the field, the fans were treated to a meet and greet by Game of Thrones author George R. R. Martin, who signed autographs during his appearance. The more familiar Staten Island Yankees will continue to their homestand on Sunday at 4 PM against the Brooklyn Cyclones, beginning a three series in a battle for first place in the McNamara Division.