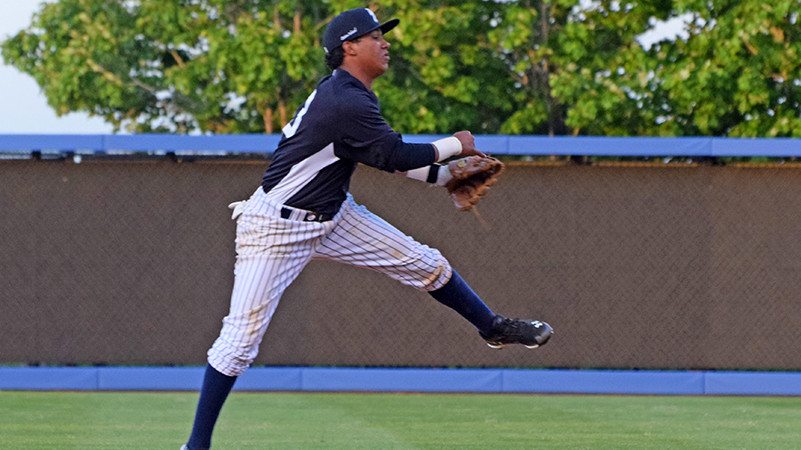 Staten Island started the scoring off in the bottom of the second. Brady Steiger lined a single to right before loving to third on a fielding error hit into by Bubba Jones. Daniel Lopez then grounded the ball to short that the shortstop bobbled and allowed Steiger to score.

Cale Coshow got the start for the Yankees and he had a strong showing in his first outing. Coshow pitched three shutout innings allowing just two hits while striking out three Cyclone batters. He was followed by Tim Giel who took the loss. Giel allowed two unearned runs in the fourth inning and another in the sixth. Overall he pitched two innings allowing four hits and striking out three.

The Yankees would tie the game in the bottom of the fifth inning but were unable to mount another comeback in the game. In the fifth Radley Haddad worked a leadoff walk and went to second when Jose Javier singled to center. After Thairo Estrada struck out, Austin Aune would send a fly ball to right for a RBI double. Chris Breen and Renzo Martini would both strike out swinging with runners at second and third to end the inning.

Manolo Reyes was the final Staten Island pitcher of the evening. Reyes through two innings of hit-less baseball and like his fellow Baby Bomber pitchers he struck out three batters.

Tonight the Staten Island Yankees will go for the series split in Brooklyn. Jordan Cote is scheduled to make the start.