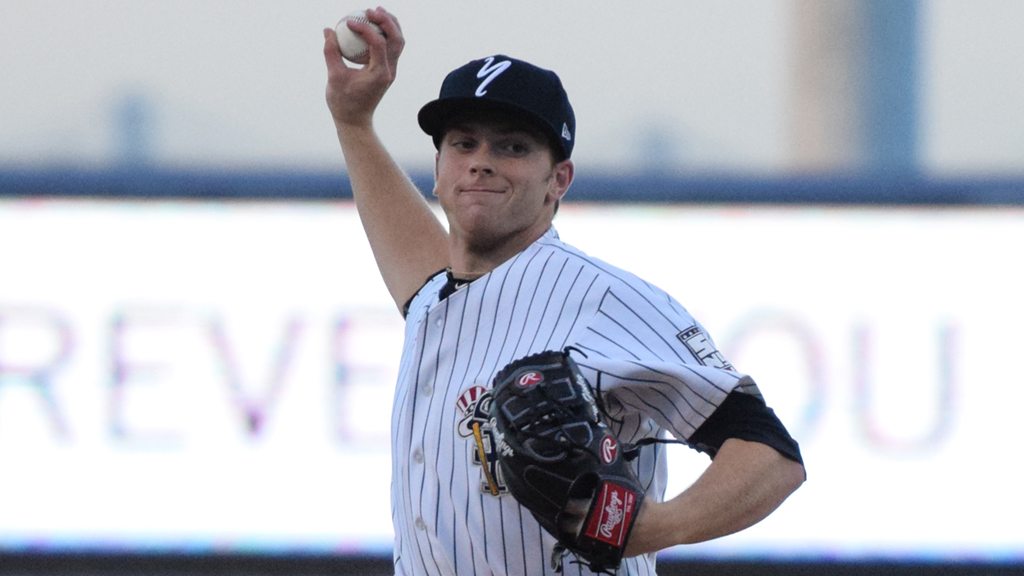 STATEN ISLAND – It was just another one of those nights.

The Staten Island Yankees’ pitching staff entered Wednesday sporting the lowest ERA in the New York-Penn League at 2.52, the second lowest WHIP (1.10) as well as the fewest hits allowed. However, against the Aberdeen Ironbirds on Wednesday night, five Yankees’ pitchers combined to surrender 16 hits and seven runs en route to a 7-3 loss at home.

“There’s not really much that you can say to them, they have been outstanding,” Staten Island manager Julio Mosquera said when asked what he told his pitching staff after the rough outing. “They were the best in the league for a while. So, like I’ve said, it’s just gonna happen sometimes.

“They’ve been doing a really good job, and today it just wasn’t their day. Nothing to harp on with them, we just gotta come back tomorrow and do what we’ve been doing all year.”

Staten Island fell behind early in this game after a 34-pitch first inning by starter Drew Finley yielded three runs. Finley (0-3) did not last much longer after that, going only 2 1/3 innings, where he gave up seven hits, four runs (all earned), two walks, and two strike outs.

“He was up in the zone early in the game,” Mosquera said about his starter. “I mean, when you miss your spots, you’re going to get hit. So, bottom line he was up in the zone and little flat today, but he tried to battle as much as he could. He tried to make some pitches, but it just wasn’t his night.”

The Yankees got one of those runs right back in the bottom of the first inning when leadoff hitter Wilkerman Garcia (2-for-4, two doubles, run scored) got things started with a double in the gap and then came around to score on a throwing error by the Ironbirds’ pitcher. But, that would be as close as Staten Island would get the rest of the way.

“You know, we’ve been there before,” Mosquera said of the early deficit. “We haven’t even hit yet, so the goal there is just to come back and try do something. Obviously we came right back and scored one, but they shut us down after that. So there’s just not much you could do about it.”

Yankees’ right fielder Timmy Robinson put a little jolt into the home crowd in the bottom of the eighth inning when he sent an 0-1 offering high above the trees that are beyond the fence in left field for a two-run home run. But that only closed Staten Island’s gap to 6-3 at the time. 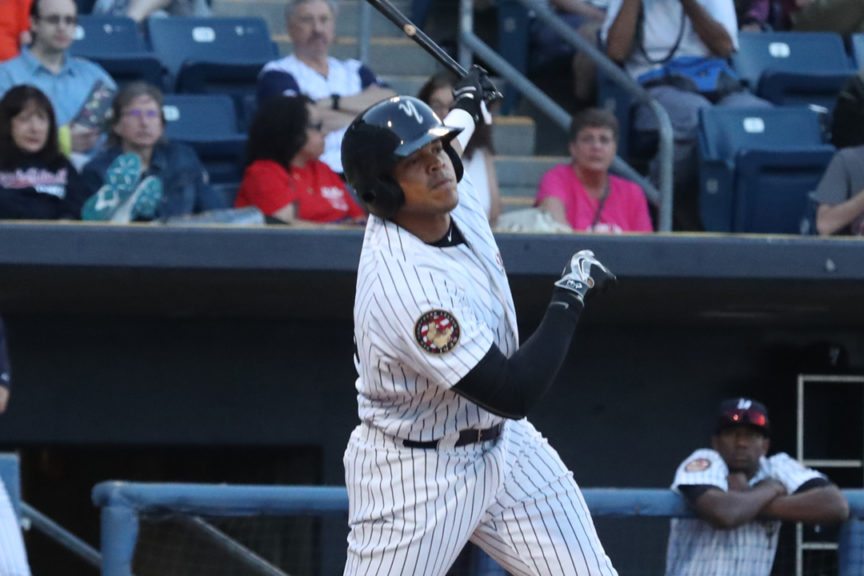 “We know Tim is capable of doing that, he’s got that much power,” Mosquera said. “So it was good to see him hit that ball, and it gave us a little boost in that inning, but we still fell short.”

The loss drops the Yankees to 4-6 in their last 10 games and shrinks their lead in the McNamara Division to just two games over these Ironbirds.

The second game of this three-game set will be played on Thursday night at 7 p.m.

“This just happens in baseball sometimes,” Mosquera said. “You know, we were hotter in the beginning of the season and then we got a little cold, and other teams are hot right now. We just gotta keep battling. Just keep going out there and playing our best and try to win some ballgames.”