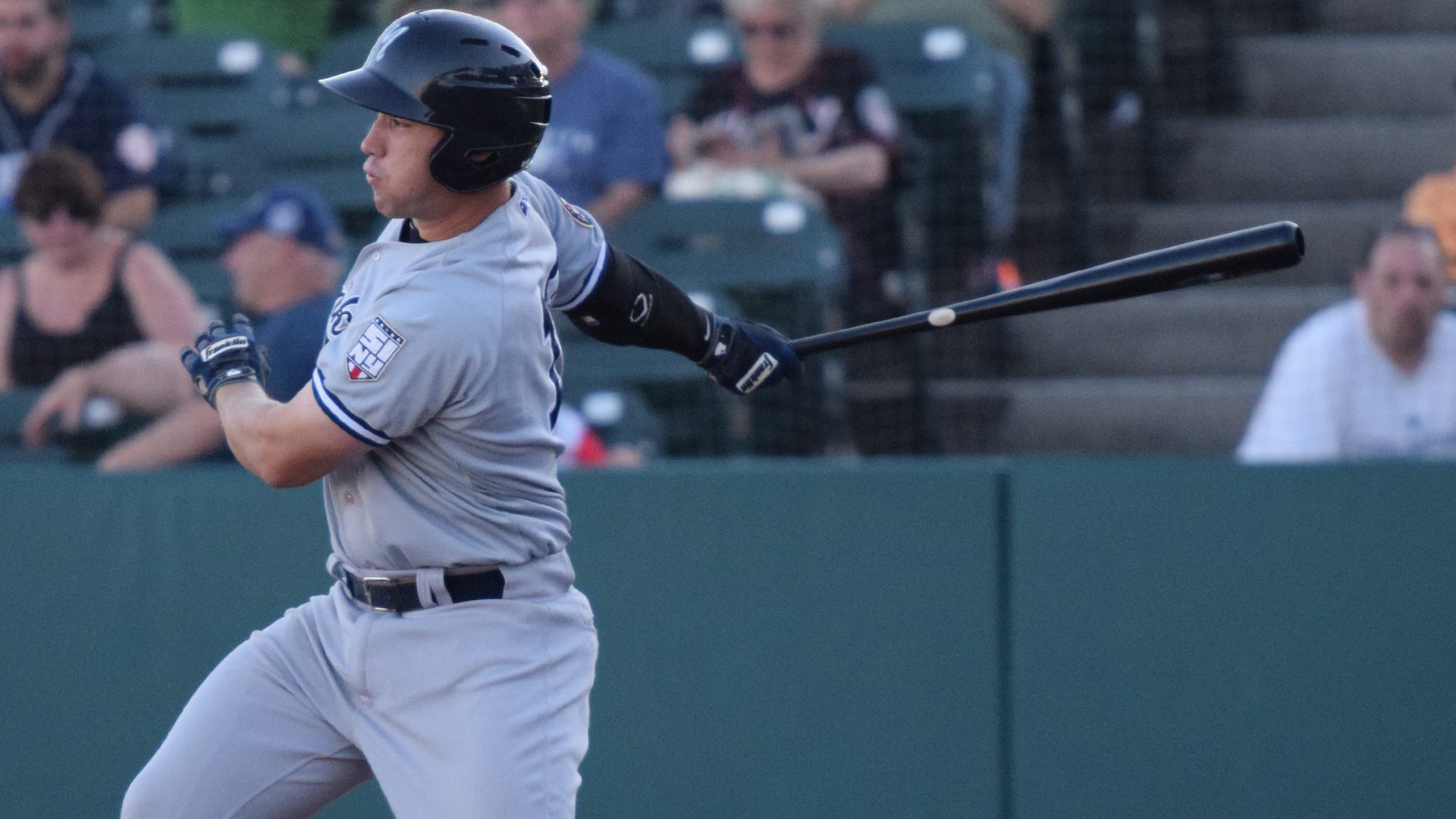 Drew Bridges has struggled a bit since turning pro, but had a solid season in Staten Island in 2016 (Robert M. Pimpsner)

The Staten Island Yankees will be around for at least one more game as they have defeated the State College Spikes in game two of the New York-Penn League Semi-Finals.  The win came in the tenth inning thanks to a solo home run by Drew Bridges.

Staten Island got off to an early lead in the first inning after Dom Thompson-Williams lined a single to left and advanced to second on a throwing error.  That allowed him to move to third base on a ground out by Drew Bridges and score on a ground out by Timmy Robinson.

The Yankees added a second run in the top of the sixth inning. Timmy Robinson doubled to left, moved to third on a single by Dalton Blaser and then got thrown out at home when Jerry Seitz hit into a fielder’s choice.  Blaser went to second on the play.  Nathan Mikolas walked to load the bases and after a pop out in foul territory to the third baseman Ben Ruta would walk to force home a run.

That is where the scoring would stay until the bottom of the ninth inning.  Josh Roeder came into the game in relief.  He allowed a leadoff single to Danny Hudzina then a wild pitch to move him to second.  Roeder then walked Yariel Gonzalez.  A fly out to center field moved up both runners, putting them in the position to score on a single by Tommy Edman.

Drew Bridges came up big with his solo shot in the top of the tenth inning, giving Staten Island the lead once again.

The lead was in jeopardy as State College loaded the bases with one-out in the bottom of the tenth inning after Ricardo Bautista singled, Elier Rodriguez reached on a throwing error, and Danny Hudzina walked.  But the Yankees had some luck as Yariel Gonzalez grounded into a double play to second baseman Nick Solak to Angel Aguilar at the bag and finally to Dalton Blaser at first base to end the game.

Freicer Perez pitched five innings, allowing four walks and three hits and striking out only two batters.  He was followed by David Sosebee who pitched three great innings in relief, striking out three batters and allowing a hit and walk.  Josh Roeder got the win but allowed 2 runs on two hits and a walk.  Trevor Lane earned the save with a scoreless inning.

Tomorrow the Staten Island Yankees will look to try to make it to the next round of the playoffs with Simon De la Rosa on the mound.  If the Yankees win, they will face off against the Hudson Valley Renegades in the championship round.