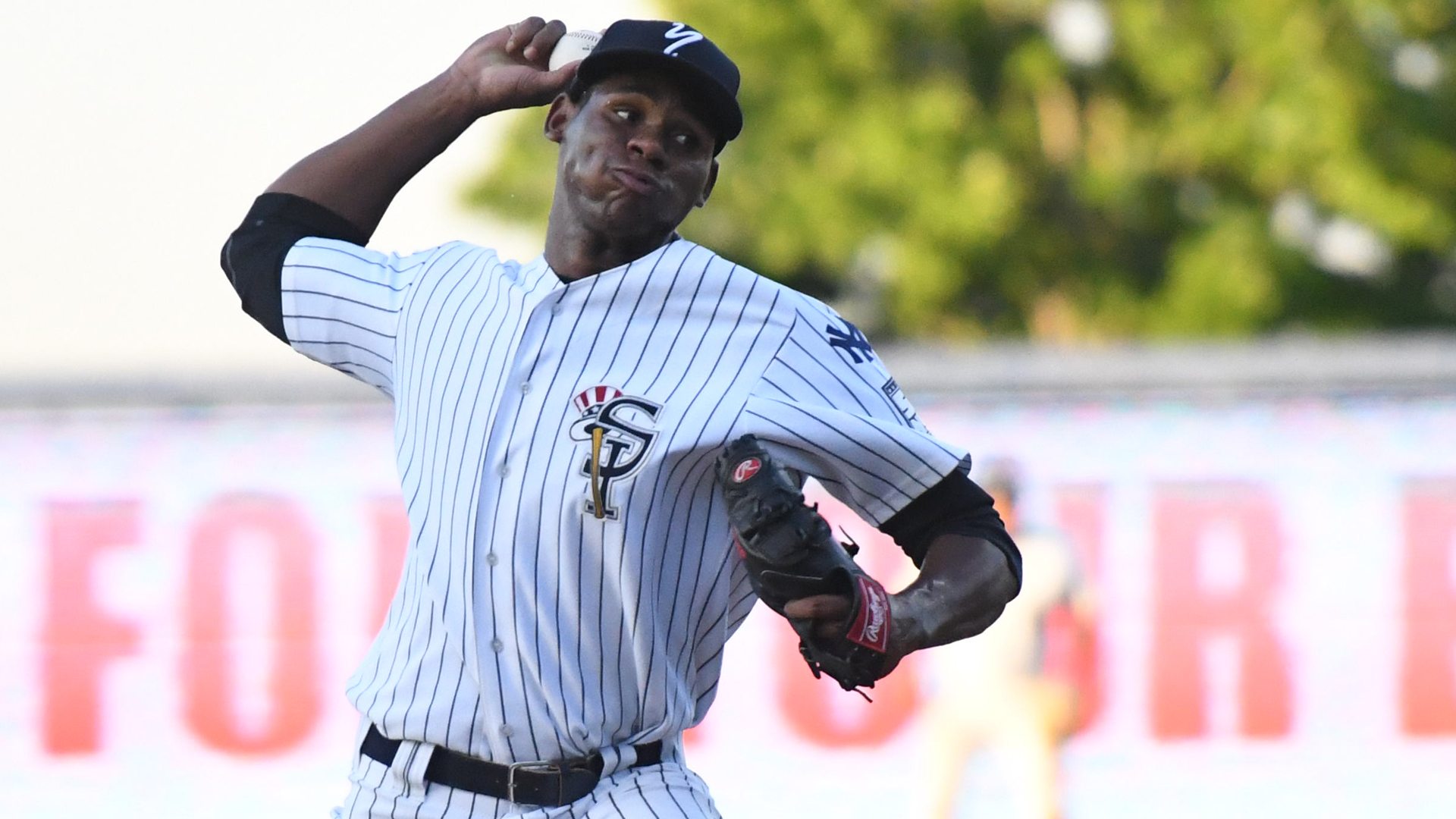 STATEN ISLAND – It is always great getting together with old friends.

For Staten Island (10-2) pitcher, Jorge Guzman, it was a fantastic “how you been?” on Monday night as he pitched a stellar game against several old teammates in the Yankees’ 5-0 win over the Tri-City ValleyCats (4-9) at home.

Guzman (3-0) was perfect through 4 2/3 innings (14 straight retired) before giving up a hard hit double to left field. But, Guzman locked back in and went 6 2/3 innings, where he surrendered only one more hit, walked none, and struck out a career-high 10.

“I didn’t feel any pressure out there tonight. I know almost all those guys on the other side coming from the Astros so it was a lot of my friends over there,” said Guzman who was acquired from the Astros in the Brian McCann trade last November. “I just felt good tonight.

“When I was in Houston all they really had me do was throw a lot of fastballs. And whenever I would throw batting practice to them over there, all I did was throw fastballs. So, I knew they would be sitting on my fastball so I really just wanted to mix my pitches tonight.”

And despite hitting 102 mph for his second straight start this season, Guzman did not rely on his fastball Monday night as he mixed in his 90-mph change-up and 87-mph slider to keep ValleyCats’ hitters uncomfortable all night.

“He was lights out,” said Staten Island manager Julio Mosquera. “He only gave up two hits, you know, it was fun to watch him out there and compete. And he showed that he has the ability to reach back and still pull a little bit more from the tank.

“But, I really liked that he mixed his pitches a lot today. A guy who throws hard can rely too much on his fastball, but he didn’t. He kept hitters off-balance and utilized his off-speed stuff to get hitters off of his fastball. I think he did a tremendous job.”

And with the way Guzman looked on the mound, the Yankees’ offense did not have to do much, but they did a tremendous job as well. The first four runs that Staten Island scored in the game came off of two-out hits. 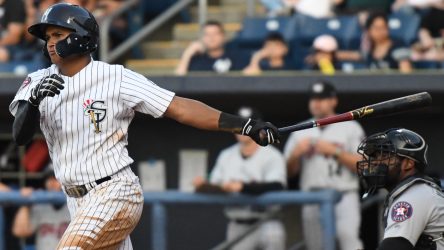 First it was Leonardo Molina with a two-RBI single in the first inning, and then Wilkerman Garcia and Oswaldo Cabrera – in his first game back from injury – with back-to-back RBI singles in the second.

“We really haven’t scored that many runs, but we score enough to win ballgames,” Mosquera said of his offense. “And these guys never panic in any situation, and that’s something you have to learn to play this game. And we’ve just been fortunate that guys have been putting together good at-bats and we get the big hits when we need them with two outs. Those are huge.”

Nelson Gomez hit a solo home run to lead off the bottom of the sixth inning to complete the scoring for Staten Island, and the Yankees’ bullpen combined to pitch a shutout over the final 2 1/3 innings without surrendering a hit. 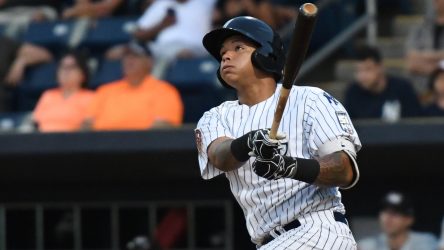 “We’re just having fun right now,” Mosquera said with a smile. “We’re going to have our ups and downs and we know that, but right now we’re feeling really good so we might as well enjoy it.”

Coming into Monday, the Yankees’ bullpen had a 0.44 ERA on the season