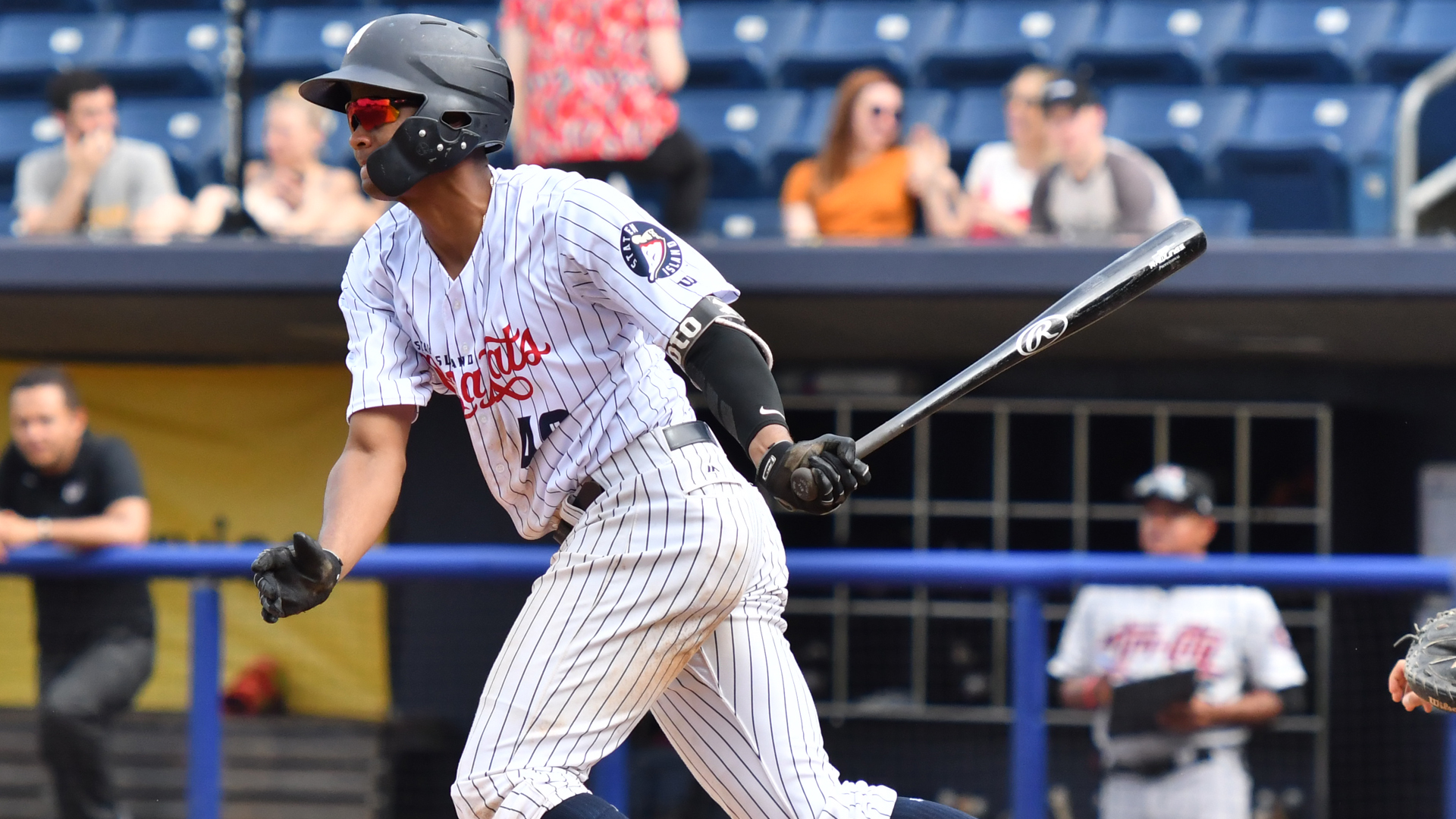 The Staten Island Pizza Rats returned to action on Sunday, July 22, after the originally scheduled Saturday game was rained out. The team will use the Pizza Rats name for all Saturday home games this season, and are now 3-1 in those games.

Shawn Semple (1-3, 3.63) got the start for the Staten Island Pizza Rats, picking up the loss. He would pitch four innings, giving up six hits, four runs (3 earned), two walks, and striking out three. Semple would throw 89-91 MPH with his fastball, using his curveball as a complement.

Semple got into trouble every inning he pitched. He would allow a run in each inning, and was never able to get into a rhythm:

“He was able to get ahead, but was not able to finish hitters off,” said Staten Island Manager Lino Diaz. “He wasn’t able to get them to chase pitches. He was too much in the zone with two strikes, as opposed to throwing that breaking ball pitch or whatever out pitch out of the zone.”

This would be a similar issue for the bullpen. Between the fifth and sixth innings, Drew Finley (2-2, 9.95) and Abel Duarte (3-1, 1.13) would pitch two innings combined, giving up three hits, six runs (one earned) and walk seven, only striking out one.

The Pizza Rats would bring in a run in the bottom of the fourth. After a Junior Soto grounds-rule double to left center, Soto would steal third as the pitcher and catcher were not paying attention. Kyle Gray would bring in Soto on an RBI groundout to first.

“That was on his own,” Lino Diaz speaking of Soto’s stolen base. “What he did, which is great, he was watching the catcher throwing the ball back to the pitcher, and he was lolli-popping the ball over there. I give him props for seeing that, and taking advantage of it. That was all him.”

Aaron McGarity (0-0, 0.00) replaced Duarte for the seventh inning. As the long bright spot in the bullpen in this game, McGarity pitched a no-hit inning, walking one, and striking out one.

Game two of the double header was suspended due to rain and field conditions. Juan De Paula (0-1, 1.82) pitched one and a third innings, allowing one hit, walking two, and striking out one.

Junior Soto was the only Staten Island Yankee with a multi-hit game. Soto also showed off his arm, adding two more assists to his total. Soto would add a third assist on the day in the suspended game.

As this game was part of a double header, the game ended after seven innings. The rain became heavier in the second game, and was suspended in the second inning, Details for the when and where the game will be finished are TBD. The Staten Island Yankees do visit Tri-City July 27-29.

The Staten Island players and coaches wore different uniforms for each game this series. The first game was Christmas themed, the second game they played as the Pizza Rats, and the third they were back in Pinstripes.

Luis Rijo joins the team after splitting time between the Pulaski and Tampa affiliates this season. Rijo is a Right-Handed Starting Pitcher, and was originally signed as an International Free Agent in 2015. Currently, Rijo is ranked the number 26 prospect in the Pinstriped Prospects Mid-Season 2018 New York Yankees Top 100 Prospects List.

Josh Breaux was the bullpen catcher in this game. Staten Island Manager Lino Diaz confirmed that Breaux is getting closer to game action.

The Staten Island Yankees have an off day on July 23. Starting July 24, the SI Yanks visit the Batavia MuckDogs for a three-game series. The projected starters are Rodney Hutchison (1-0, 1.29), Matt Sauer (2-1, 2.01), and Luis Rijo. Nolan Martinez (3-0, 1.73) will piggyback Rodney Hutchison in the first game of the series.