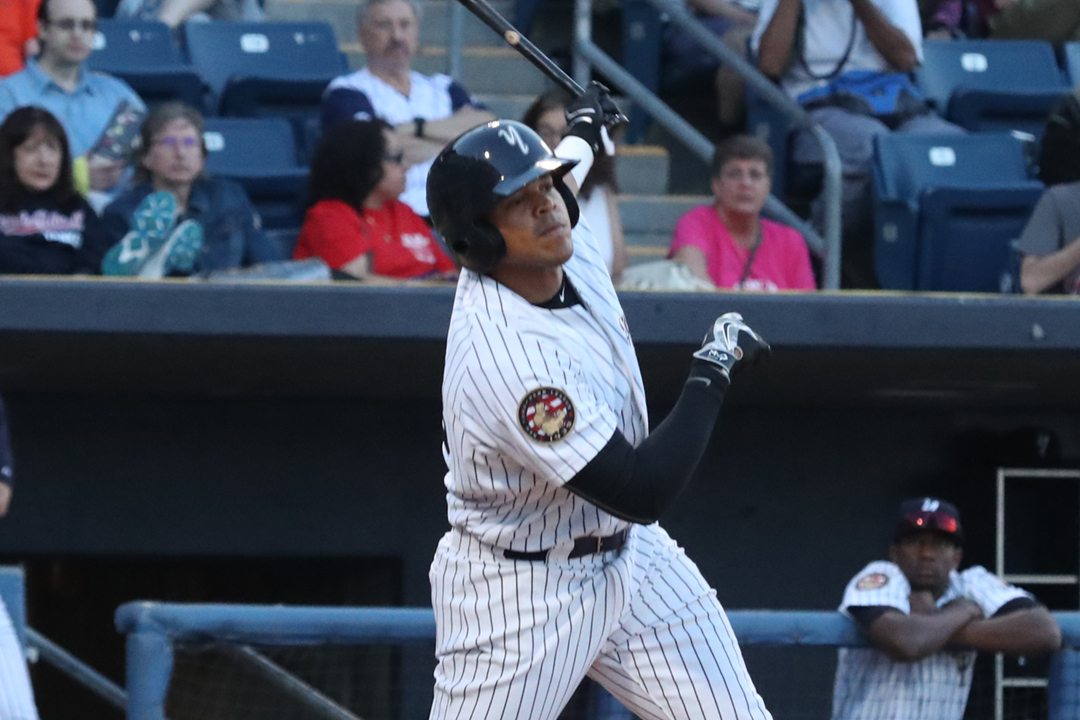 STATEN ISLAND – The losing streak is over.

The Staten Island Yankees entered Friday night’s matchup with the Hudson Valley Renegades on a season-high three-game losing streak. But thanks to three longballs, and five shutout innings from the bullpen, the Yankees were able to end their skid with a critical 5-2 victory.

The Yankees wasted no time getting ahead in this one. After a leadoff single from Wilkerman Garcia, and a walk from Cesar Diaz, Tim Robinson stepped to the plate with one out in the opening frame and deposited a 1-1 pitch over the wall in left-centerfield to give Staten Island a 3-0 lead.

“Today, to open up with a big inning of our own was huge to get the momentum going throughout the game,” Robinson said after the game.

Making his first start of the season, Yankees’ right-hander Justin Kamplain battled through four innings of work. He scattered seven hits and surrendered two runs (both earned) while walking just one and striking out none.

“I thought he did a great job today,” Mosquera said of his starter. “He gave us good innings, and he gave us a chance to stay in the game. That was his first start of the year so we couldn’t take him that far – he’s been a reliver. But, it was great to see.”

The Yankees only mustered five hits in this game, but made them count. Dom Thompson-Williams hit a solo shot in the fourth inning, and Robinson hit a second home run – to the same spot – in the sixth.

“He’s a strong kid. That doesn’t surprise me,” Mosquera said about Thompson-Williams’ home run. “He put a pretty good swing on the ball and when he connects the ball is going to carry.”

“You know he’s always a threat there,” Mosquera added about Robinson. “He did it last year in this league and we all know he’s capable of doing it. He’s finding his stroke now and we just hope he can keep on going.”

“I just wanted to stick to my plan,” Robinson said. “We worked on getting better pitches to hit, we watched some video before the game as a team, and I kind of just carried that over into the game. I was just patient, waited for my pitch. I’ve also been working on some swing adjustments with our hitting coach, and it’s definitely benefitted. It’s nice to have days like this.”

Brian Trieglaff, Jeff Degano, and Braden Bristo combined to limit the Renegades to just one hit and three base runners (two walks from Degano) over the final five innings to seal the victory and end the skid for Staten Island.

“We’ve seen that the whole year (from the bullpen),” Mosquera said. “I know those guys are capable of doing that. So that is something I know we have there.”

The Yankees will conclude their three-game set with Hudson Valley and go for the series win on Saturday night. First pitch is set for 7 p.m.

“That was huge just to kind of get out this rut that we were in,” Robinson said. “From a team standpoint, you never know how long they’re going to last. So, we just gotta take this win and carry it over into tomorrow.”