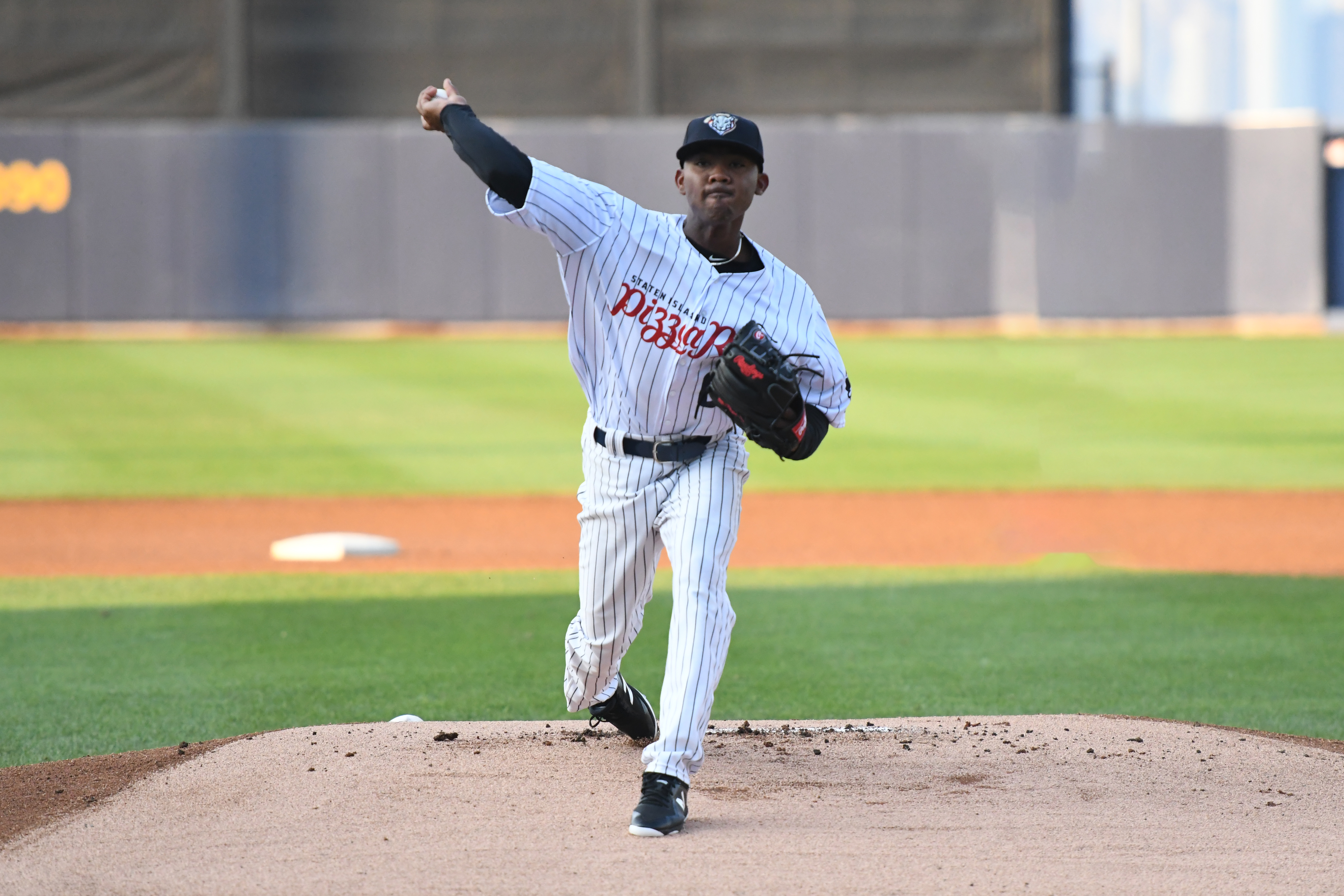 Harold Cortijo (2-0, 1.89) got the start for the Pizza Rats. Cortijo looked dominant in this game, not allowing the first hit until the fourth inning. The right-handed pitcher would get the win, and only allow two hits and one walk, striking out three over five and a third innings. Cortijo sat 89-91 with his fastball, and complemented it with an off-speed pitch.

“He was under control,” said Staten Island Pizza Rats Manager Lino Diaz. “One thing he did was spot his fastball well. He was throwing his changeup for strikes. His off-speed was so much better because of his fastball being located well.”

Cortijo would be taken out after 69 pitches. There was a low pitch count do to some general soreness experienced throughout the season.

“He got pulled out at the right time,” said Manager Diaz. “As you recall, he had a couple days where he didn’t pitch because he was a little sore. He wasn’t per se hurt or anything like that, but we are taking it really easy with him. He went all the way to the pitch count he had. I felt good about that.”

Alex Junior would lead-off the top of the fourth with a bunt single. He would be brought in by a Brandon Lockridge triple to dead center. The Pizza Rats would continue to threaten with a Kyle Gray walk, giving the team first and third with no one out. Lockridge would get thrown out at home on a fielder’s choice on a Junior Soto groundball. The rally would end when Miguel Flames grounded into an inning ending double play.

Kyle Gray would advance to third in the seventh inning, but that would be the last scoring opportunity for the Pizza Rats. Manager Lino Diaz credited the opposing pitchers for the lack of scoring chances:

“Their pitching did a pretty good job, especially controlling the running game. They were fast to home plate. They were hard to steal a base. Once they had a runner on first or second base, they pitched pretty uncomfortably.”

The one run in the fourth inning would be enough for the Staten Island Pizza Rats’ bullpen, as they would only allow one hit over the final three and two thirds innings.

Aaron McGarity (0-0, 0.00) would come in to replace Harold Cortijo in the sixth inning. McGarity would pitch one and two thirds innings, giving up one hit. McGarity would also strike out the side in the seventh inning. After suffering with injuries earlier in the season, this was McGarity’s first appearance longer than one inning.

“McGarity did a good job,” said Diaz. “He came in where there was an inning where he threw a couple of pitches out there and they got runners, but he was able to get out good. I thought his fastball was pretty lively, and he as able to throw it arm-side well.”

Chase Hodson (1-1, 3.97) and Daniel Alvarez (1-0, 2.08) would pitch perfect innings in the eighth and ninth innings respectively. Hodson would strike out one batter, while Alvarez would strike out two, earning his second save of the season. Alvarez now leads the team in strikeouts (26).

Harold Cortijo was dominant in his 5.1 innings, allowing only three baserunners, none getting past second base.

Only two Staten Island Pizza Rats players reached base multiple times in this game. Alex Junior would go 2-3, with two singles and the only run. Junior also reached base on a fielder’s choice in the sixth. Kyle Gray would walk in both the fourth and seventh innings.

17 of the 34 players on the West Virginia Black Bear roster were acquired in the 2018 MLB Draft. Nine of those players were selected in the top ten rounds.

According to Manager Lino Diaz, Outfielder Canaan Smith is recovering well from his injury, and is tentatively scheduled to return to game action on July 25th.

The Staten Island Yankees (15-13) will host the West Virginia Black Bears for the second game of this series. Shawn Semple (1-2, 2.70) will make his second start of the season.