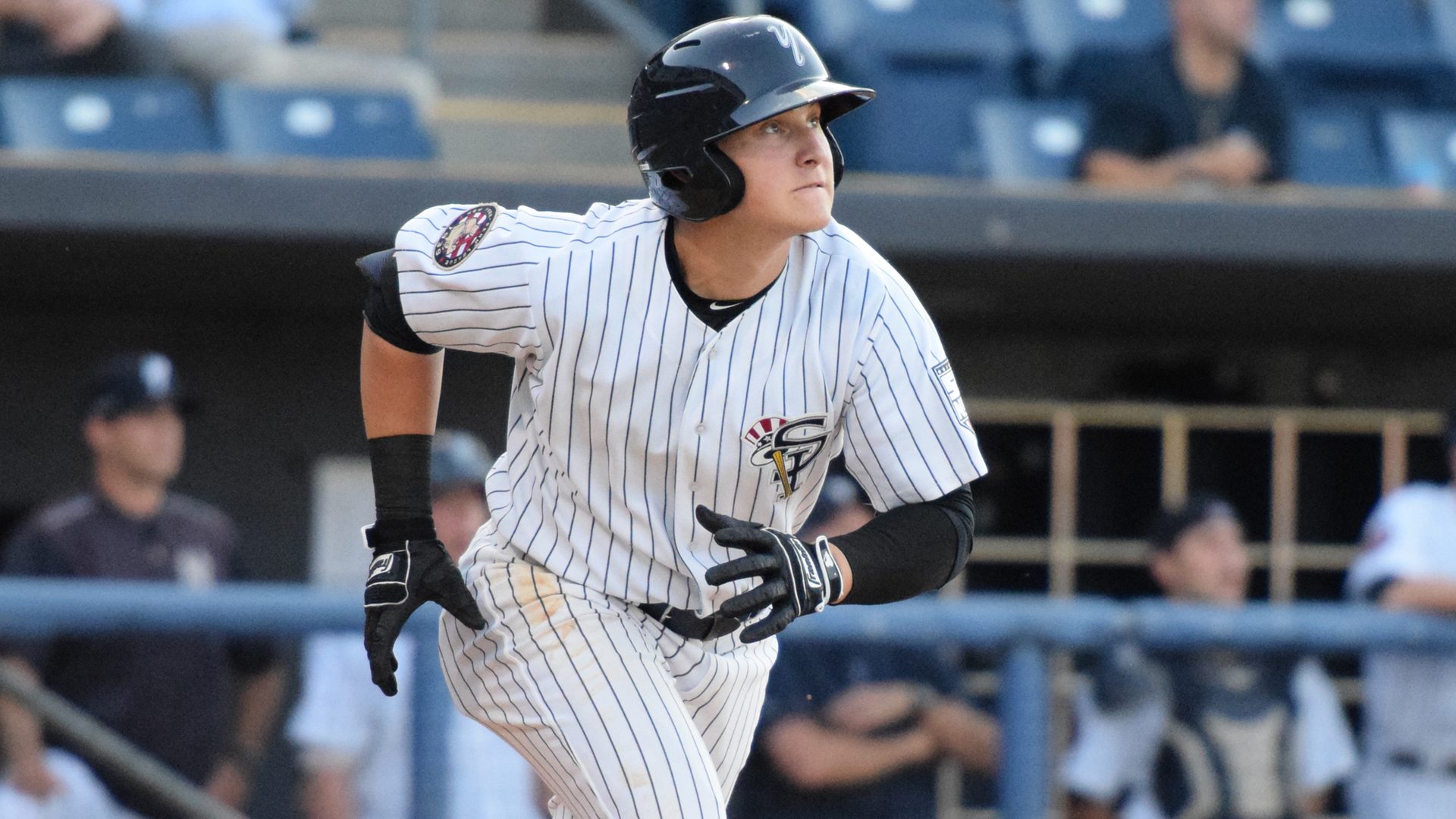 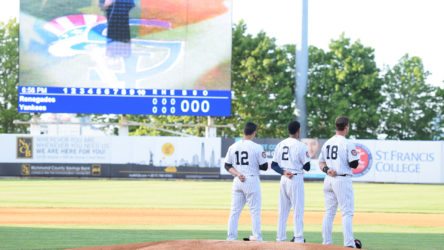 Check Out our photo gallery from the game.

STATEN ISLAND, NY – There is a rare feeling that players and coaches experience when a team believes they win every game they play. Through their first 12 games, the Staten Island Yankees are playing with that confidence. With a 10-2 record, it almost seems as though wins are automatic. Facing the Hudson Valley Renegades at home on Wednesday, the Yankees continued their winning ways, with a 7-0 shutout, aided by Dalton Blaser‘s first professional home run.

The Yankees once again brought their spirited play to the ballpark with Adonis Rosa leading the way on the mound in his third start of the season. In the bottom of the third inning, Blaser provided a lift to the Yankees’ offense on a three-run home run over the right field wall to give his club a 3-0 cushion against Renegades starter Adrian Navas. “I felt I hit it pretty well off the bat. I was looking to reach second or third, but it just carried out of here,” Blaser said.

The large lead was sufficient for Rosa, who pitched seven shutout innings, surrendering just four hits for his first win of the season. “His command was good. His pitch count was low throughout. His location of his fastball was good. He had his breaking pitch over. He had his changeup and everything seemed to be working tonight”, Staten Island Yankees manager Dave Bialas said.

On a night where eight of the nine regulars collected at least one hit, Bridges supplied three hits and two runs to lead the Staten Island effort and up his batting average to a career-high .311 through the first three weeks of the season. “He’s worked very hard in the cages with hitting coach Eric Duncan and throughout extended spring training. He’s shortened up his swing and his strike zone discipline is good and he is getting some good swings up there at the plate”, Bialas says.

The Yankees added two additional runs in the seventh innings and USC product Brooks Kriske threw two perfect innings in relief of Rosa to secure a 7-0 victory and their fifth consecutive series win. “We have a great group of guys and even the guys who are sitting on the bench are doing their job. They know who they are and that is huge for a lineup. Each guy is so productive”, Blaser notes.

With the Connecticut Tigers 8-3 win over the Lowell Spinners on Monday, the Yankees currently hold the best record in the New York-Penn League at 11-2 and have scored 19 runs in their last two games. Their .350 on-base percentage entering play on Wednesday was good for third best in the league, while seven position players on the roster are hitting .300 or better through 13 games. The Yankees will head to Wappingers Falls on Thursday with Drew Finley on the mound, looking to extend their lead in the McNamara Division to eight games over Hudson Valley and continue their historic start to the season.