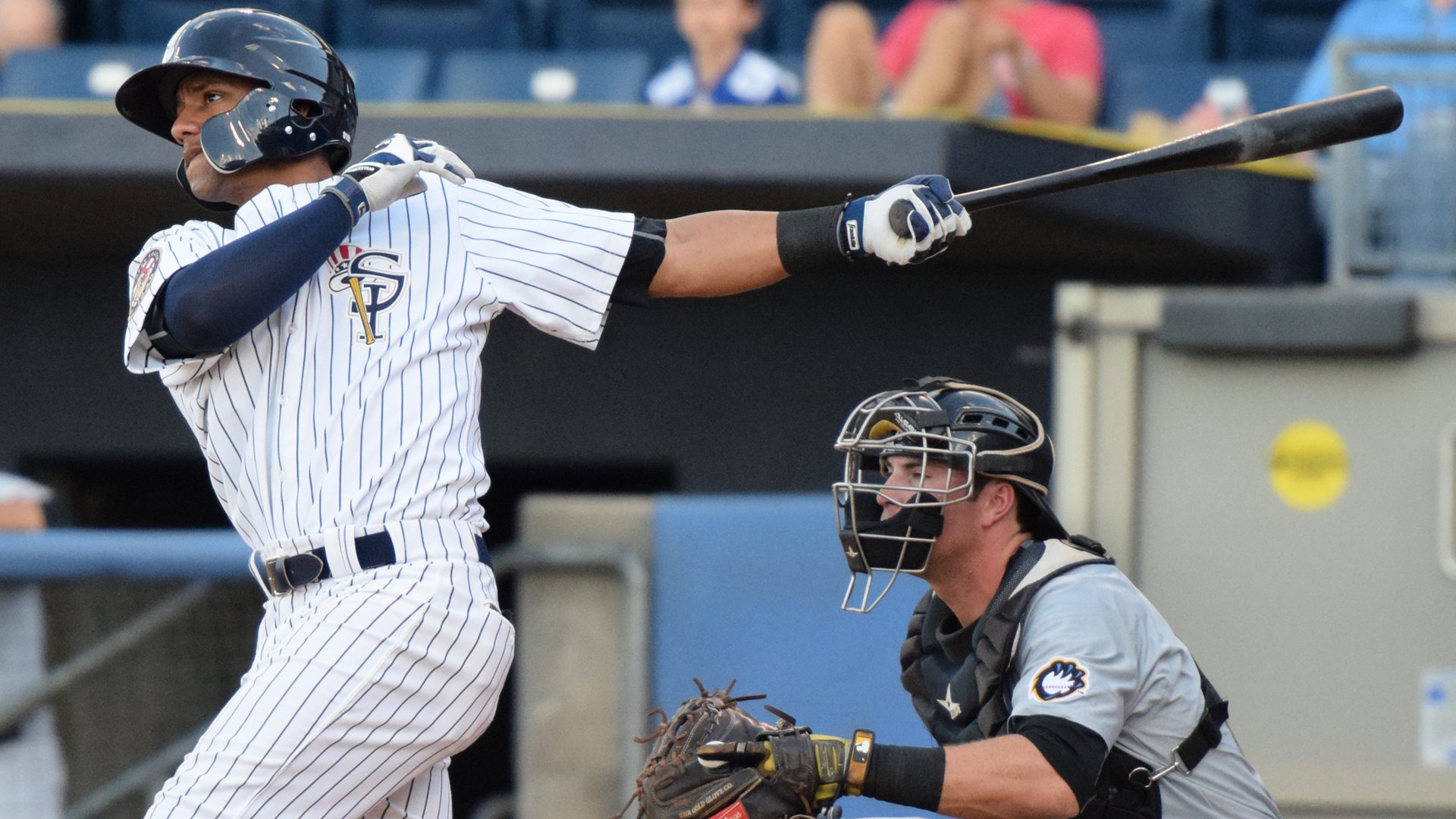 STATEN ISLAND, N.Y.- Nine months  ago, the Staten Island Yankees were on their way to their seventh New York-Penn League Championship, but the West Virginia Black Bears stood in their way. Pitching dominated the series and the Baby Bombers, despite their best efforts, were swept in two games. With a predominantly new cast of characters, the two teams met for the first time on Wednesday, both undefeated at 5-0 to the start the new year. By the end of the night, however, the Staten Island Yankees suffered their first defeat of the season, falling 7-4 to the West Virginia Black Bears.

After a quiet first inning, the Black Bears took the lead in the second courtesy of a Jordan George triple and a sacrifice fly by Evansville, Indiana native Hunter Owen against Yankees starter Jonathan Padilla (0-1) in his first outing of the season. The hit was the first of three in a 3-for-4 night for Owen, who was a key force at the plate for West Virginia along with cleanup hitter Albert Baur, who drove in three runs in victory

The Yankees recorded their first run in the bottom of the 3rd inning on a double by 2B Jose Rosario, who is currently on rehab assignment with the club after being hit in the face by a pitch in Trenton last month. “He looked like he was in midseason form,” Staten Island manager Dave Bialas said. “He swung the bat real well. We were planning to only go about six innings with him, but we gave him a last at-bat and he was very active on the basepaths. He had not played in awhile, so it was a good night for him.”

The Black Bears regained the lead in their half of the fourth inning, as Owen drove home Wake Forest product Will Craig on another run scoring hit. Though Padilla kept things close for the first four innings, he loaded the bases in the fifth and West Virginia capitalized, scoring two runs on a double by first baseman Albert Baur to extend their lead and end Padilla’s night after he surrendered four runs on seven hits in 4.2 innings for his first loss of the season. “He threw the ball well the first four innings. He might have tired out a bit since has not pitched in awhile, but I thought he had a good performance.”

Staten Island native Kevin Krause singled home another run for the defending champions against Claudio Custodio. The lead appeared more than enough for Black Bears starter Stephan Meyer (1-0) , who stymied the Yankees’ offense for five innings until Rosario smacked his second RBI double of the evening in the sixth to cut into deficit and start a three run rally. The Baby Bomber bats suddenly sprung to life, stringing together four consecutive hits and ending Meyer’s night after 5.2 innings. Julio Vivas relieved Meyer and struck out Drew Bridges and Kendall Coleman to end the threat and preserve the lead. The Black Bears would add two insurance runs against reliever Michael Schaub and secure their sixth consecutive victory.

According to Bialas, Rosario will continue his injury rehab with Staten Island for the next few days until he is reevaluated by the Yankees’ organization. The Baby Bombers resume their series against the Black Bears on Thursday as Adonis Rosa takes the mound for his first home start of 2016 after coming off a strong six inning performance on opening day  last week in Brooklyn. The Yankees will complete their six game homestand on Friday and head to Vermont for their first extended road trip of the season this weekend.