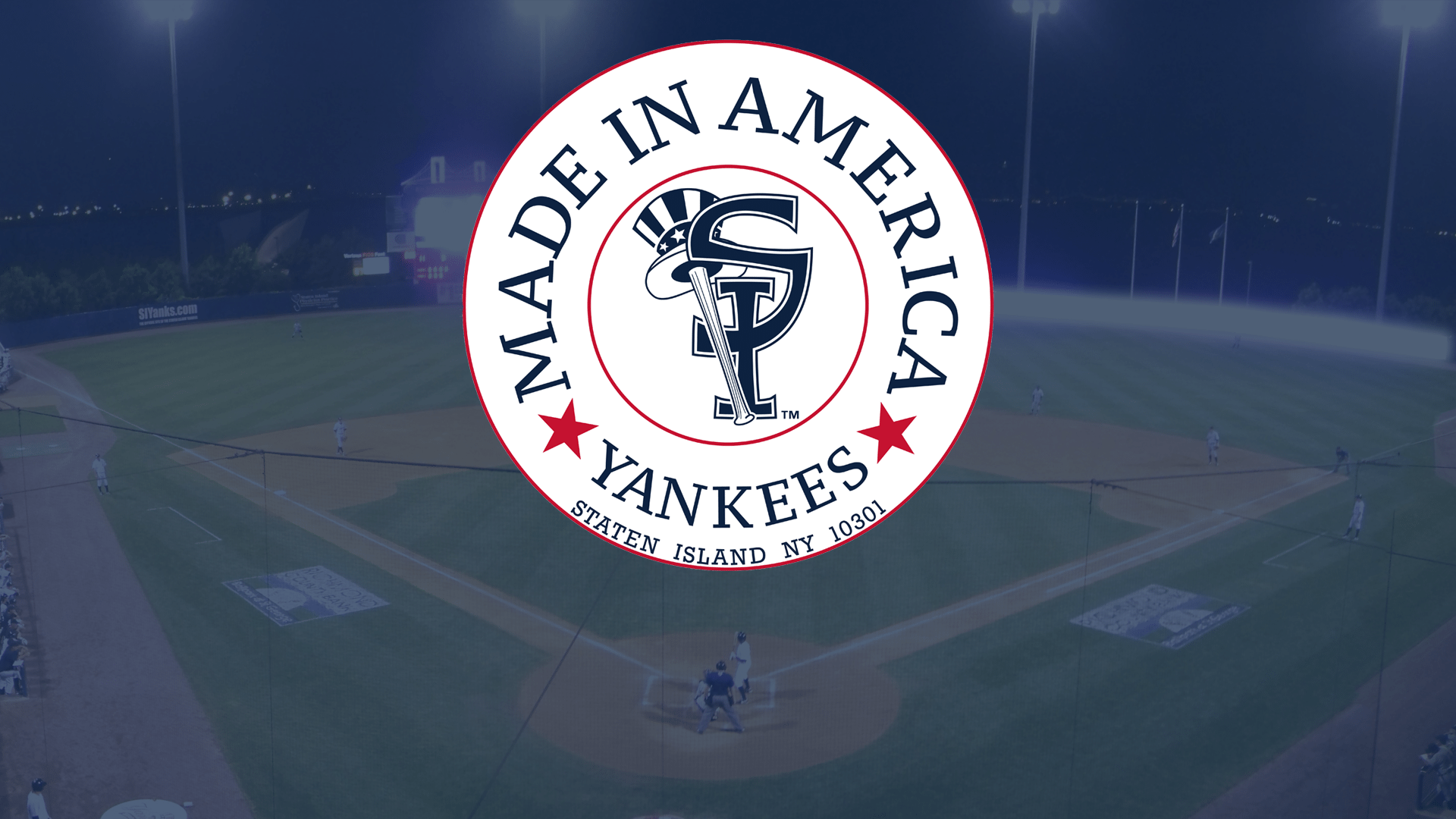 STATEN ISLAND- There are not many things more American than spending a beautiful summer evening watching America’s Pastime with the family over hot dogs and beer, capping the night off with fireworks set against the Statue of Liberty and Manhattan skyline. That American euphoria is available all summer long on Staten Island at Richmond County Bank Ballpark at St. George.

The game of baseball mirrors Staten Island and its residents in many ways. The game is our national pastime, and Staten Islanders are known for being emphatically patriotic as well as traditional, just like the Yankees. To succeed on the diamond and on Staten Island, one must exhibit some degree of grit and hard work. Thus our new initiative, “Staten Island Yankees: Made in America”.

Throughout the 2017 season, six home games will be designated as our “Made in America” games featuring a premium giveaway item made right here in the United States of America. When money is exchanged closer to home it increases local economic impact exponentially. In addition to increasing that impact for our community, we take pride in being a promotional vehicle in our marketplace, throughout Minor League Baseball and nationally. In addition, the Staten Island Yankees will wear a special Made in America jersey on-field for these six games that will be auctioned off at the final Made in America game on Friday, Aug. 25.

The Made in America initiative begins on Opening Day, Monday, June 19, as the first 1,500 fans in the ballpark receive a free Made in America replica jersey, sponsored by Richmond County Savings Bank. As part of our annual 4th of July Celebration, the first 1,000 adults on Tuesday, July 4, will get a free BBQ apron, sponsored by Hormel. On Saturday, July 8, the first 1,750 fans in the ballpark will get a free American-made t-shirt, sponsored by IBEW and supplied by Long Island-based MV Sport. The first 1,000 adults in attendance on Saturday, July 22, will get a free sci-fi novelty item.  The replica jersey, apron, and sci-fi novelty item are made in Brooklyn by Park Antony.

Every season, the Staten Island Yankees honor local veterans and active military members with Military Appreciation Night. This year’s festivities will take place on Friday, Aug. 4, and will follow a special pre-game military softball game on the field with Heroes Sports. The first 1,000 fans in the ballpark for the night’s game will receive a free ripstop military camo hat, sponsored by IBEW and made nearby in Newark, NJ.

The final Made in America game will be Friday, Aug. 25, highlighted by a special Made in America team card set, sponsored by Staten Island University Hospital Northwell Health and made in the United States by Choice Sports Cards.

Each Made in America game will be followed by post-game fireworks. In addition to these premiere games, the vast majority of our 2017 giveaway items will be made in the United States, including some items made on Staten Island. These items will be announced soon as part of our full promotional schedule. Any company interested in showcasing their American-made items at Richmond County Bank Ballpark can contact the Staten Island Yankees at 718-720-9265.

Fans wishing to attend all six games can take advantage of our new six-game Made in America mini-plan for only $120. Each plan includes a $60 food & beverage card, one New York Yankees ticket, mini-plan holder gift, and more. Saving more than 40% on this $203 value package keeps more money in the pockets of hard-working Americans. An on-sale date for single-game tickets will be announced soon. Fans interested in the Made in America mini-plan can call the Staten Island Yankees at 718-720-9265.