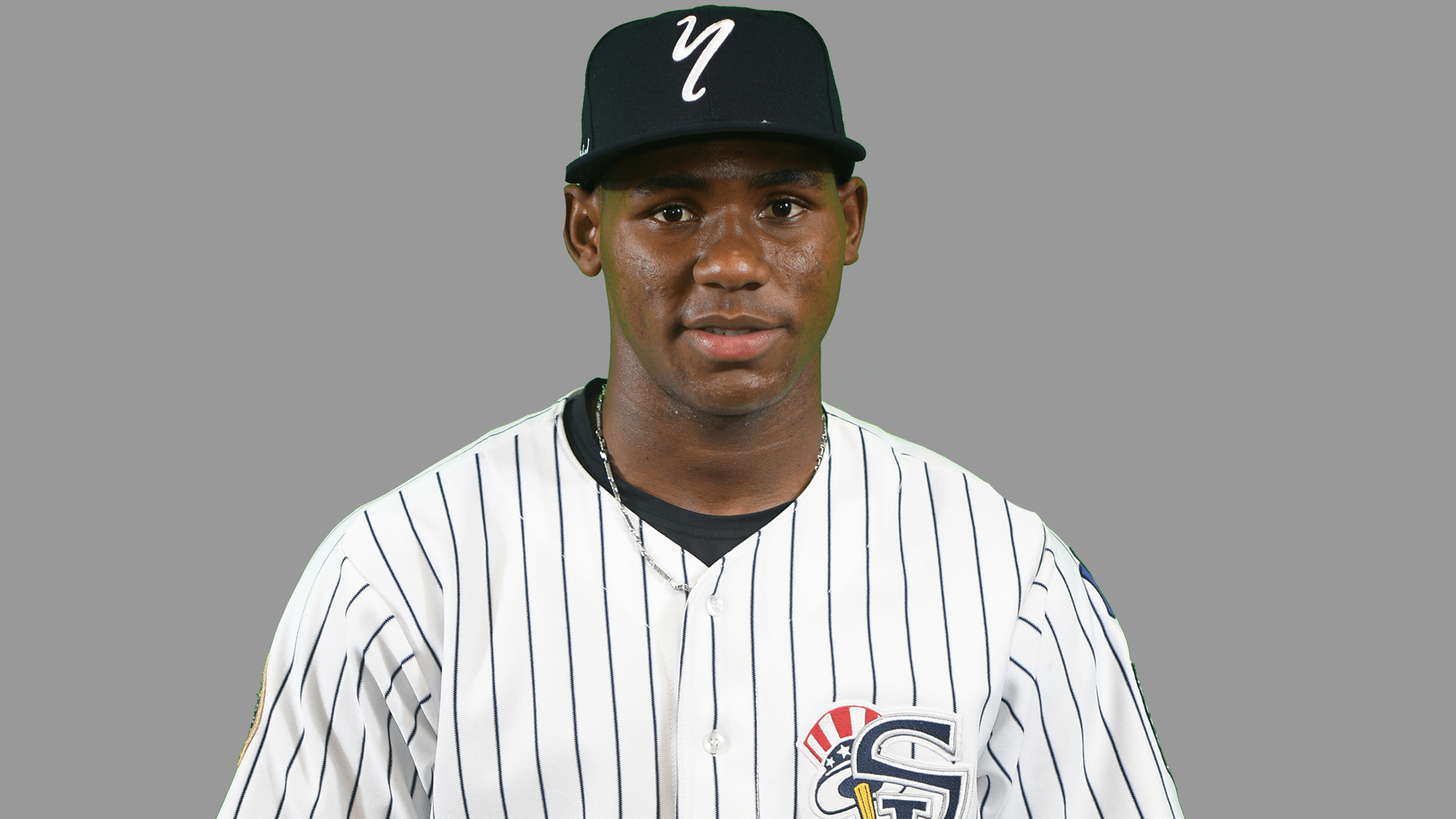 While the originally scheduled season opener between the Staten Island Yankees and Brooklyn Cyclones was postponed due to the inclement weather in the area yesterday these two teams tonight will have a beautiful night for baseball tonight.

Who can forget last season’s opening day game that saw these two teams compete in a 20-inning marathon that lasted five hours and 39 minutes.  It was the longest game in Staten Island Yankees history both by innings played and time of game.

Guzman, 21, who will start the game for the Yankees was ranked by Pinstriped Prospects as the 28th best prospect in the New York Yankees farm system.  We talked to him before the season started and he was focused.  “I want to put everything out of my mind,” he said, “and just focus on opening day, and be ready for that first day.”

The young right-hander came over to the Yankees as part of the deal that sent Brian McCann to the Houston Astros.  He sits in the high-90s with his fastball, dialing up to 103 miles per hour when he needs to.  He backs it up with a slider and a developing changeup.

Opposing him and the Yankees will be crafty left-hander Jake Simon.  Simon was an 11th round draft pick by the New York Mets in 2015 and owns a 6-7 record and a 4.47 ERA over 25 professional games, 14 starts.  He struck out just 90 in 94 2/3 innings pitched while walking 43 batters and allowing 103 hits earning him a WHIP of 1.54.  Opposing hitters are hitting .278 against him his career so he will allow base runners.  Staten Island will have to make sure they take advantage of the opportunities that will be given to them in the game.

Stuff-wise, Simon throws a fastball that is usually in the 88-91 miles per hour range, he has topped out at 92.  He has to rely on hitting his spots and mixing his pitches to be successful.  For him to dominate the Yankees tonight he would need a strong defensive team.

At the plate the Yankees will rely on a mix of veteran minor leaguers and young international signees.  Outfielder Timmy Robinson is one, he was top-five in the NY-Penn League in 2016 in several categories including slugging percentage home runs (tied-fifth), doubles (tied-third), (third), total bases (tied-second), and RBIs (tied-first).

Also keep an eye out on infielder Wilkerman Garcia who is one of the top prospects the Yankees signed as part of the 2014 international free agent class.  He was impressive in his first season in 2015 when he hit .299/.414/.362 over 39 games between the Dominican Summer League and the Gulf Coast League.  Last season he battled an injury all season that saw him hit just .198/.255/.384 over 54 games in the Appalachian League with the Pulaski Yankees.

Third baseman Nelson Gomez, who was also part of that 2014 IFA class, is on the Yankees roster but will not be playing due to serving a five-game suspension stemming from an ejection last season.  First baseman Ryan Krill battled an injury last year that saw him miss the majority of the season but he did come back strong hitting .379/.471/.621 in 18 games for the GCL Yankees at the end of last season.

When all is said and done the Staten Island Yankees have one of their most advanced and seasoned opening day rosters ever.  They could be a force to reckon with in the NY-Penn League’s McNamara Division.