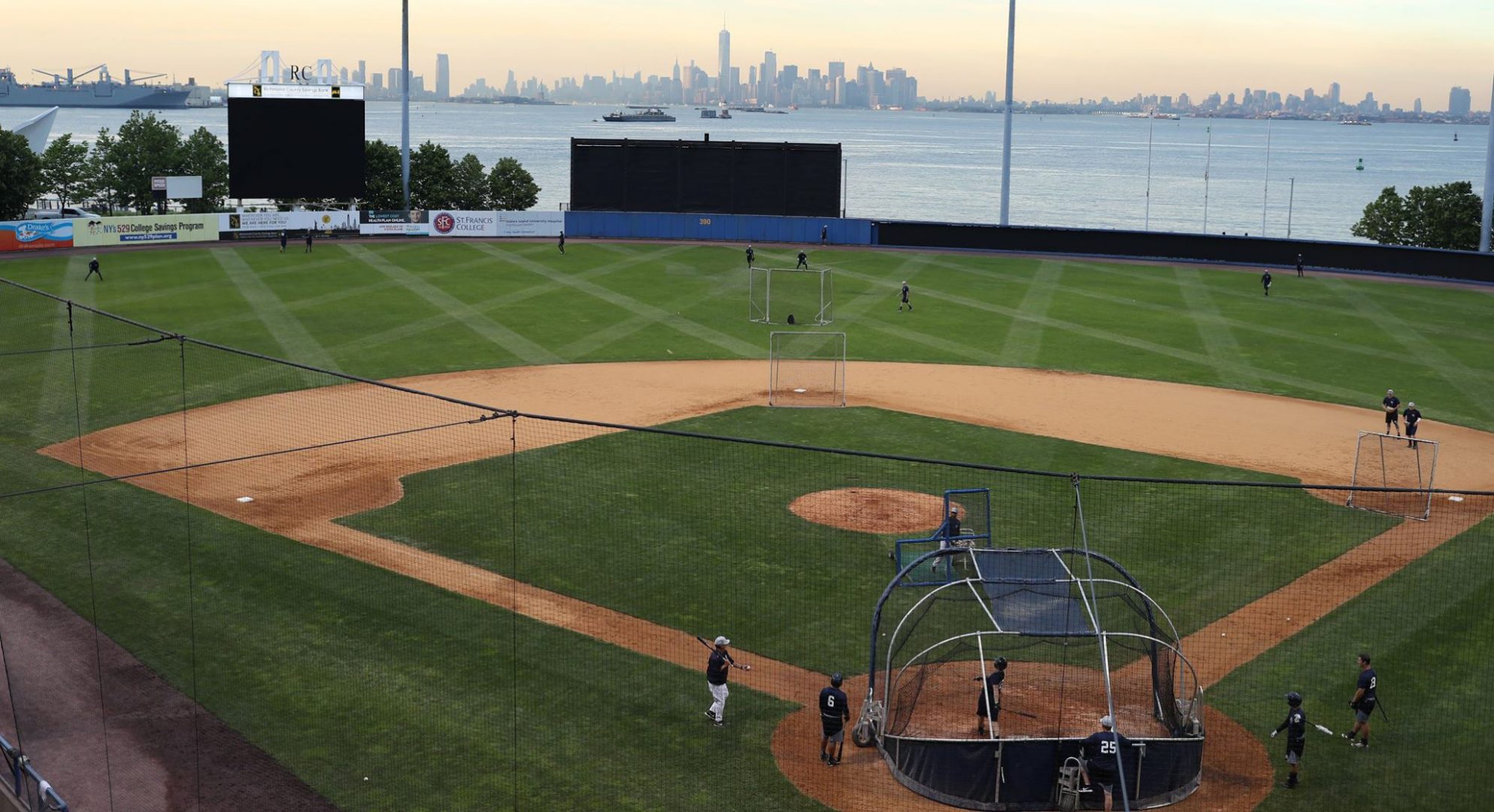 The 2018 Staten Island Yankees season will begin on June 15 with a home game against the Brooklyn Cyclones.  This marks the ninth consecutive year that the 13th consecutive season that the two teams will open their seasons in a head-to-head matchup and is the 14th time overall.

On June 16, the Yankees will go over the Verrazano Bridge to start their road schedule against the Cyclones at MCU Park, before returning home on June 17.

In total Staten Island and Brooklyn will meet a total of 12 times throughout the year with an even split between home and road games.

The Yankees will also meet the Aberdeen IronBirds 12 times next season with six games being at home.  They will face the Hudson Valley Renegades only eight times, with just two home games against them.

Standard game times remain the same for 2018 with several exceptions.  The games on Sunday, June 17 and Sunday, September 2 against Brooklyn will be at 1:30 pm.  The Wednesday, August 1 game against Aberdeen will be at 12:00 pm.  Monday, July 16 vs Lowell and Thursday, August 9 against West Virginia will be at 11:00 am.  The August 22 game against Lowell will be at 2:00 pm.