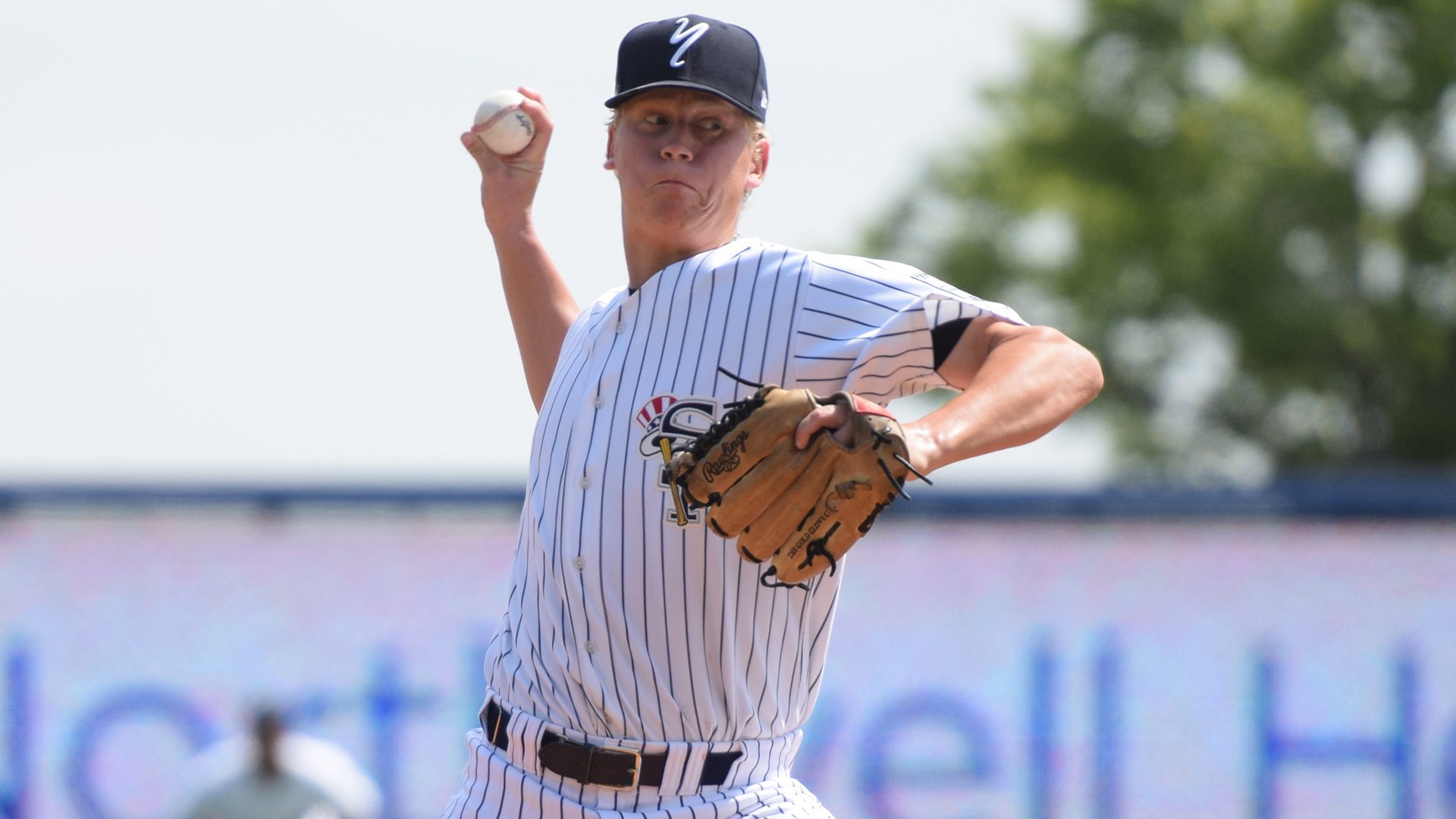 TROY, NY-The Staten Island Yankees came into the night looking to punch their ticket and join the New York-Penn League playoffs with a wild card birth.

Staten Island would begin the game by going down in order in the top half of the first inning, against Tri-City ValleyCats starter Carlos Sanabria. Not to be outdone, Chad Martin took the hill for the Yankees and fired a 1-2-3 inning of his own in the bottom of the first.

2016 draftee Timmy Robinson, the starting right fielder, would get the offense going in the second with a triple to centerfield. First baseman Dalton Blaser would ground out to first, scoring Robinson from third for the inning’s only run. Martin, issued a walk to ValleyCats catcher Chuckie Robinson, before making quick work of the ‘Cats lineup in the bottom of the second.

Catcher Eduardo Navas stepped to the plate and began the inning with a single to right field. Second base prospect Nick Solak would reach base on a throwing error by ‘Cats third baseman Connor Goedert. That error would come back to haunt the home team as Baby Bombers third baseman Drew Bridges would drive Navas home in the very next at-bat. Blaser would knock in Solak with a ground ball to right field, putting Staten Island up by a score of 3-0. Martin would continue to mow through the opposing lineup, surrendering only a single to Bryan De La Cruz.

Shortstop Angel Aguilar would add another run to the Yankees’ ledger, as he led the inning off with a solo homer over the left field fence. Navas would drive a single to center field, prompting a pitching change by ValleyCats manager Lamarr Rogers. Solak once again played a part in the offense as he doubled, scoring Navas, and knocking in the team’s final run of the game. Martin who was cruising through the first three innings would run into issues in the bottom of the fourth.  He would issue a wild pitch, walk, and a hit batsman, but would get out of the inning without giving up a run.

After a quiet fifth inning, the ValleyCats would stage a rally against Martin who, up until this point, had only given up two hits. Carmen Benedetti would start the rally with a single to center field. Chuckie Robinson would follow up with a single of his own, advancing Benedetti to second base. A fielding error by first baseman Dalton Blaser would allow Ronnie Dawson to reach first base and Benedetti to score the first run of the game for the ‘Cats. Yankees manager Dave Bialas would pull Martin after 5.1 innings and turn the game over to Claudio Custodio. Custodio came in quickly allowed a single to Taylor Jones, scoring the two runners that he inherited from Martin. De La Cruz would ground out scoring Jones, which would be the final run of the game.

With the 5-4 victory over the ValleyCats, the Staten Island Yankees return to the playoffs, looking to win their seventh New York-Penn League Championship. Before doing so, they will finish their regular season with a home-and-home series against the Brooklyn Cyclones. First pitch Sunday, is scheduled for four p.m., with Simon De La Rosa taking the bump for the Yankees.