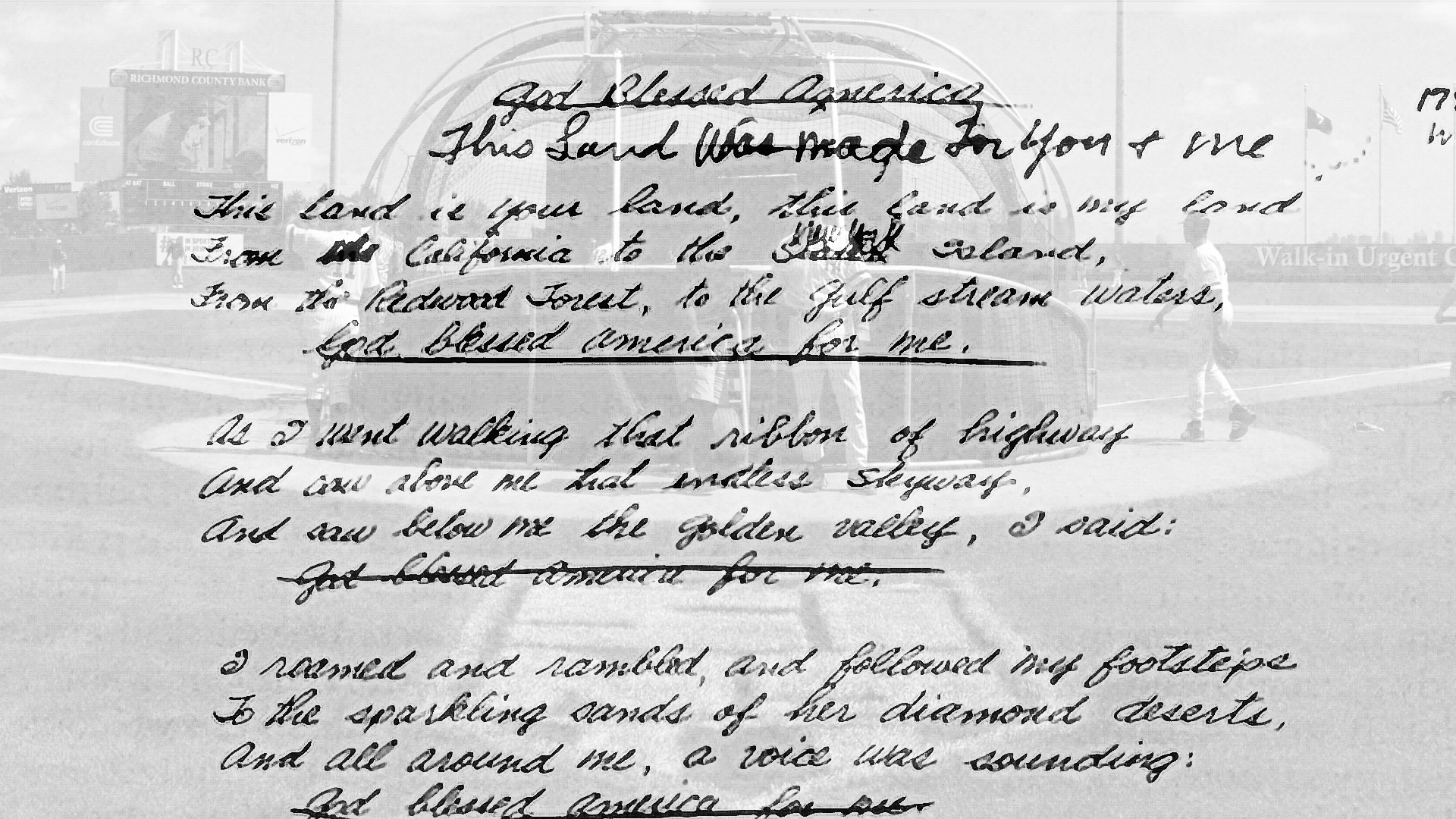 The Baby Bombers prepare for the 2018 NY-Penn League Season, their 20th season playing in the borough of Staten Island.  With that in mind, the Staten Island Yankees have released their initial 2018 promotional schedule, with more to come.

The 2018 season kicks off on Friday, June 15 against the rival Brooklyn Cyclones with the Yankees taking the field in special jerseys inspired by Woody Guthrie’s original lyrics for the song “This Land is Your Land.”  The original lyrics to the song mentioned Staten Island, only for it to be crossed off in favor of “The New York Island.”  The first 1,500 fans to enter the gates on opening night will receive a replica jersey sponsored by Richmond County Savings Bank.  The night will also be NYPD Appreciation Night and feature post-game fireworks.

Other highlights of the 2018 promotional schedule include a “Watch Dig” on Father’s Day, June 17.  After a special 1:30pm game, all fathers will be invited on the infield where three watches will be buried.  The game is sponsored by Tissot.  All fans will be invited onto the field after the game for a post-game catch in the outfield.  The June 17 game will also be Sensory Friendly Day.

Grab your tights and cape and come out Saturday, July 22 for Superhero Day at the ballpark.  The first 1,000 kids in the ballpark (ages 12 and under) will get a free foam shield.

Staten Island will be honoring milestones in the music industry every Monday with Music Monday, including a shout out to the hometown Wu-Tang Clan as they celebrate the 25th anniversary of “Enter the Wu-Tang [36 Chambers]” on July 9 at the ballpark.  Other music tributes include June 25 (Backstreet Boys 25th Anniversary), July 2 (Bruce Springsteen’s “Darkness on the Edge of Town” 40th Anniversary), July 30 (Kanye West’s “808s & Heartbreak” 10th Anniversary), and August 20 (The Beatles’ “The White Album” 50th Anniversary).

It doesn’t stop there as Tuesday nights will be TV Tuesday with themed trivia and entertainment based around popular tv shoes including Boy Meets World (June 26), Breaking Bad (July 31), and Sons of Anarchy (August 21).

Military Appreciation Night returns on July 2 and on July 7 they will be celebrating Dog Days of Summer presented by VCA Animal Hospitals.  Throughout the season the Yankees will be giving away collectible magnets to the first 500 fans in the ballpark.  Come out July 11, August 8, August 15 and August 29 to collect them all.

The Staten Island Yankees will celebrate the team’s 20th season on Staten Island with Baseball History Night on Friday, August 3, 2018.  The first 1,500 fans to enter the ballpark will get a 20th Anniversary Gavel Mini-bat courtesy of Chandler Bats, the team will also be sporting their “A League of their Own” jerseys in memory of the late Gloria Elliot.