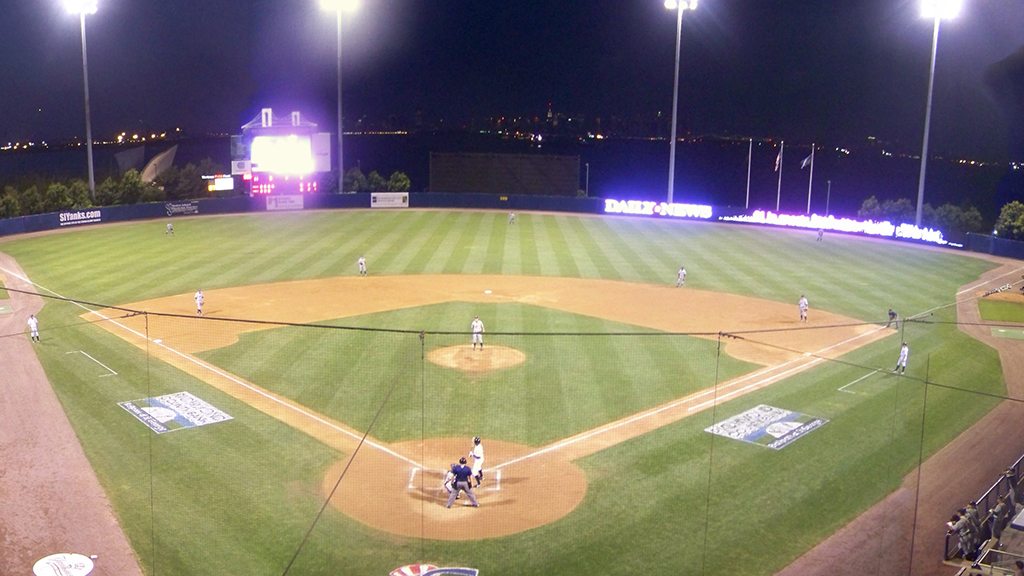 The Staten Island Yankees and the Richmond County Savings Bank announced today that they have come to an agreement to extend the naming rights agreement for the Ballpark at St. George through 2021.

The Staten Island Yankees moved into the state-of-the-art ballpark for the 2001 season after spending two seasons at the College of Staten Island. Since that time they have won five NY-Penn League championships at the stadium.

“Bringing the Staten Island Yankees to St. George was a proud moment for me. Working closely with the NY Yankees, the Mayor of the City of NY and Richmond County Savings Bank we were able to make this happen. Helping to form a relationship between the Staten Island Yankees and Richmond County Savings Bank just made sense. I am happy to see this partnership continue and flourish as well as to see the continuing development of the St George community,” said former Staten Island Borough President Guy V. Molinari in a statement released by the team.

This is the second naming-rights extension between the two organizations, ensuring the ballpark will bear the name of the local bank as the area will see the addition of the Empire Outlets and the New York Wheel.

“The extension of this agreement represents our continuing commitment to the SI Yanks and the development of the St. George community. We are proud to have been the first and only naming rights partner for the Staten Island Yankees and the Ballpark. The fact that we will be able to continue this relationship in the coming years and participate in the exciting development of the St. George area is particularly gratifying,” said Michael F. Manzulli, Chairman of Richmond County Savings Bank Division of NYCB.

The original naming rights deal for the ballpark was signed in 2000 and was for nine-years and $3.6 million. The deal was then extended in 2010 while Mandalay Baseball operated the franchise that guaranteed New York City an annual $250,000 payment from the naming rights.