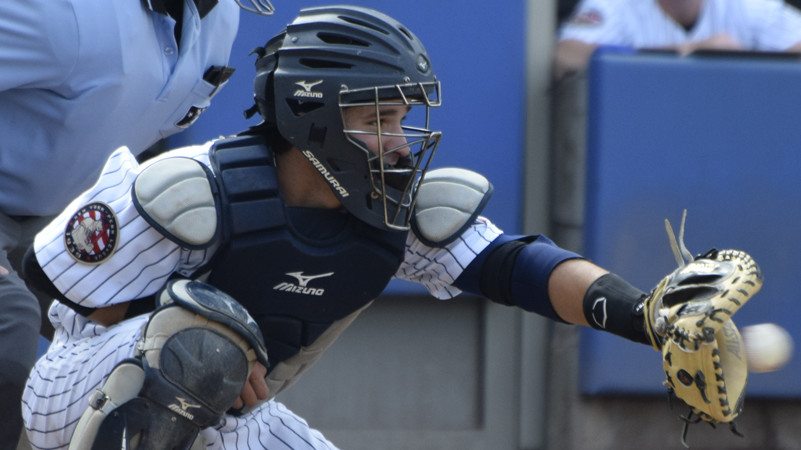 The Staten Island Yankees will be sending four players to this year’s NY-Penn League All-Star Game on August 19 at MCU Park in Brooklyn.

Leading the pack of Baby Bombers in the All-Star Game is catcher Luis Torrens. Torrens is the top prospect on this year’s Staten Island Yankees team and he is batting .304 with 38 hits, 9 double, 3 triples and 1 homerun in 32 games. He will be joined by fellow Yankees catcher Isaias Tejeda who is hitting .314 with 16 doubles and 23 RBI in 35 games.

Joining the two Staten Island batteries is infielders Connor Spencer and Ty McFarland. Spencer is one of several Baby Bombers who have played first base and in 31 games he is hitting .336 with 8 doubles and a triple. McFarland has been one of the most regular players in the lineup, playing 46 games for the Staten Island Yankees and is hitting .294 with 15 doubles, 2 triples and 3 homeruns with 32 RBIs.

This year’s All-Star Game will be played at MCU Park in Brooklyn, the site of the very first NY-Penn League All-Star Game in 2005 on August 19. Tickets are on sale at BrooklynCyclones.com