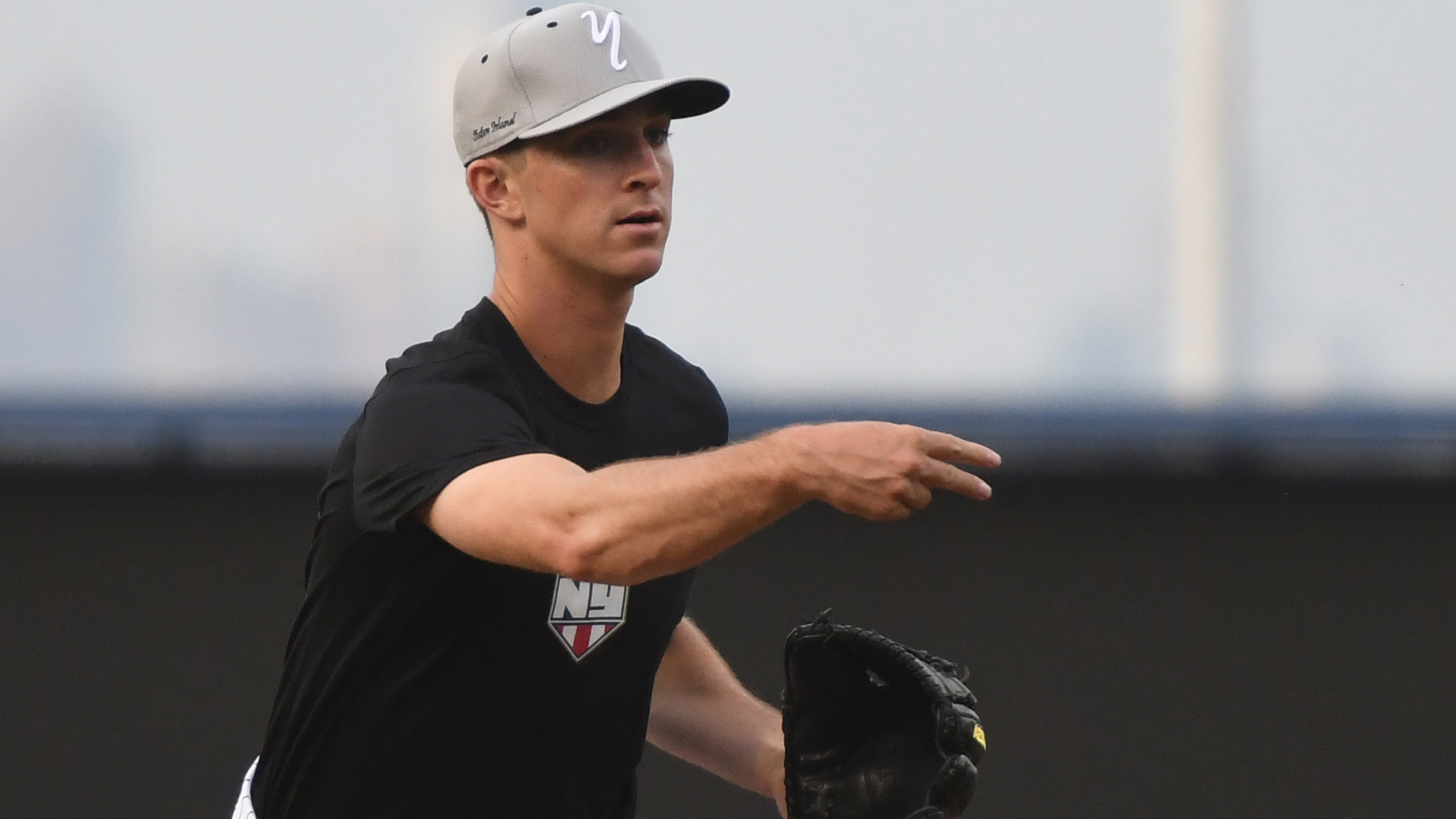 Aaron McGarity was a 15th Round pick of the Yankees in 2017 and will be a key piece to the bullpen this year (Robert M. Pimpsner)

For the second consecutive year, the Staten Island Yankees have no representatives on the initial NY-Penn League All-Star rosters.  The annual game which is being held today in State College, PA is meant to celebrate the top performers in the league, but for the second year in a row, the best pitching staff in the league will have no representatives.

Last season the Yankees were in first place in the McNamara Division and the best pitching staff in the league but did not have any players on the initial roster.  It was only a few days before the game that league president Ben Hayes decided to add a Yankee to the game, and that was infielder Jose Polonia who was with the team for only a few weeks at the time.  Polonia has since been released by the Yankees.

Like last season, Staten Island has the best pitching staff in the league with Pitching Coach Travis Phelps leading the team to a team ERA of 2.38 over 53 games.  The Yankees pitchers have also allowed a league-low 367 hits, 158 runs, 120 earned runs, 17 home runs, and 137 walks.

Reliever Aaron McGarity is the only current New York-Penn League pitcher that has not allowed an earned run yet.  He along with Brooks Kriske and Garrett Mundell anchors the Yankees bullpen for this season.  Former Staten Island pitcher Christian Morris was 0-2 with a 0.92 ERA in 19 2/3 innings out of the bullpen for the Yankees before he was promoted.

Just how good is the Staten Island pitching staff?  Their 2.38 team earned run average means If the season were to end today then the Yankees would place fourth all-time in the New York-Penn League in team ERA, behind just the 1985 and 1986 Oneonta Yankees and the 2001 Brooklyn Cyclones.  In fact, Yankees are just one 1-run game away from moving into third place on the all-time list.

They will be the only team out of the 14 teams that make up the New York-Penn League to not have a representative on the field during the All-Star Game.