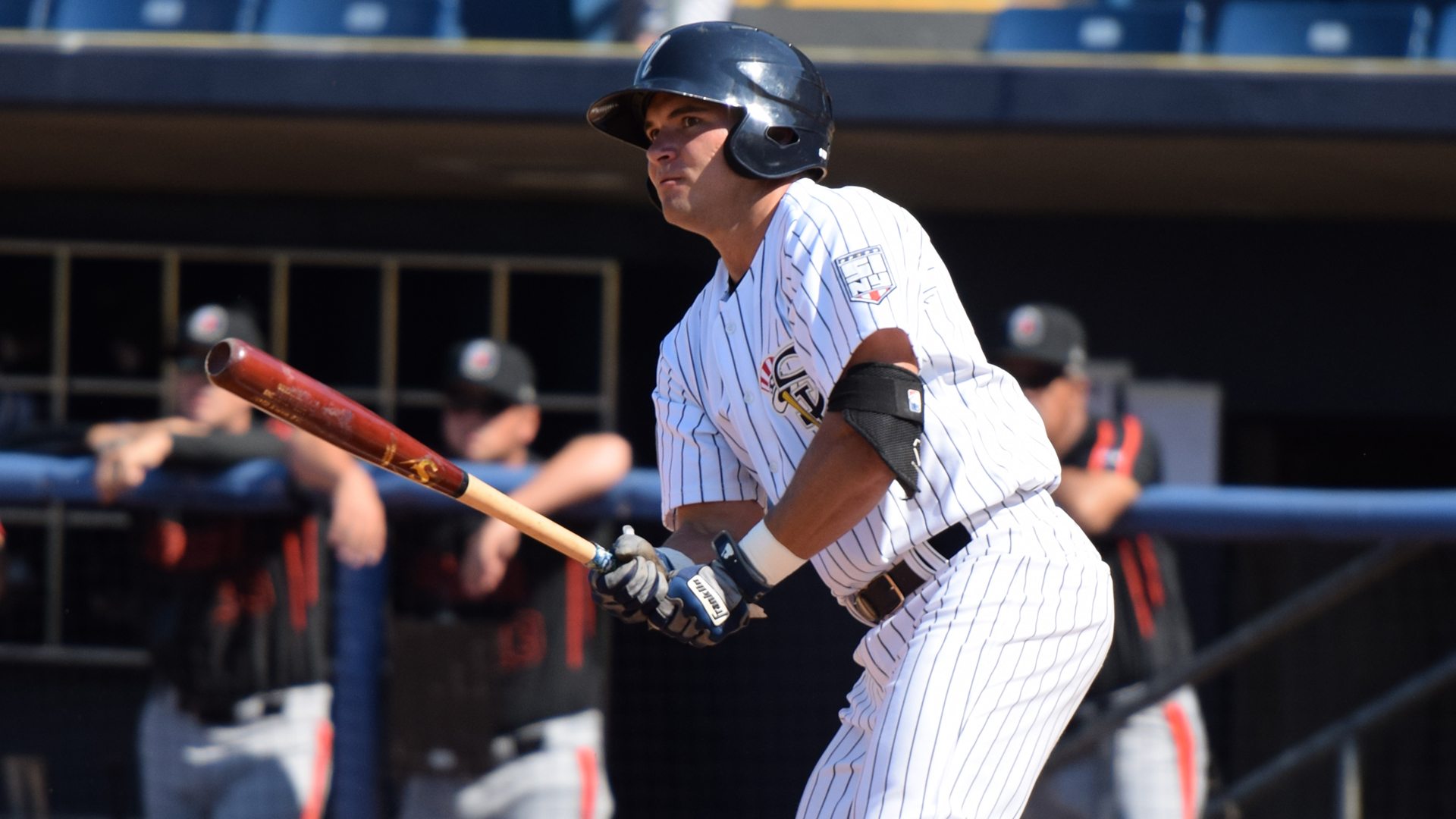 STATEN ISLAND – The first two games of the New York-Penn League season was more than anything the Staten Island Yankees could have envisioned. On the heels of the second no-hitter in franchise history on Saturday night and a 20 inning victory on Opening Day, the Yankees opened a three game series on Sunday against the Aberdeen Ironbirds and continued their winning ways in a 8-6 victory, that saw each Yankees position player reach base at least one time.

Runs came at a premium for Staten Island during their first 30 innings of play this season, but on Sunday, the Baby Bombers struck early in the first inning against Aberdeen Ironbirds starter and Rochester native Steve Klimeck on a run scoring single by fifth round draft pick Dom Thompson-Williams with a bases loaded.

The quick strike was short-lived against Staten Island starter Anyelo Gomez after Aberdeen tied the score in the ensuing inning after a leadoff triple by Randolph Gassaway, who led his club with a four hit performance in a losing effort.

The Ironbirds made Gomez (1-0) labor at times, but he limited the damage to 4 runs and 6 hits in 5.2 innings while striking out five for his first win. “Gomez battled. Obviously he didn’t have his best stuff, but he did a good job with less than his best,” Staten Island Yankees manager Dave Bialas said. The Yankees scored three of their own to retake the lead in the fourth inning, highlighted by an RBI single from shortstop Danienger Perez, sandwiched between two Aberdeen throwing errors.

Kilmek (0-1) lasted 3.1 innings for Aberdeen, allowing 4 hits and 5 runs (3 earned), as he suffered his first loss of the season. The Yankees’ offensive production came a number of sources, including the bottom third of the order which drove home three of the seven runs on the afternoon. The Ironbirds chipped away and eventually cut the Staten Island lead to one, but failed to even the score against relievers Brooks Kriske and David Palladino, going 0-for-11 with runners in scoring position.

The Yankees tacked on a late insurance run in the eighth inning on a Luis Torrens RBI single. Torrens, who led Staten Island with three runs batted in, also threw out two potential base stealers, as he continues his recovery from shoulder surgery. “His shoulder is fine now. He made a perfect throw to second base. It is a tough play to make but his shoulder is fine,” Bialas said.

The 3-0 start for Staten Island is their best to open to a season for the club since 2006 and will try to keep the momentum intact with two more home games against the Ironbirds, followed by a rematch of the 2015 NYPL Championship Series against the West Virginia Black Bears beginning on Wednesday.