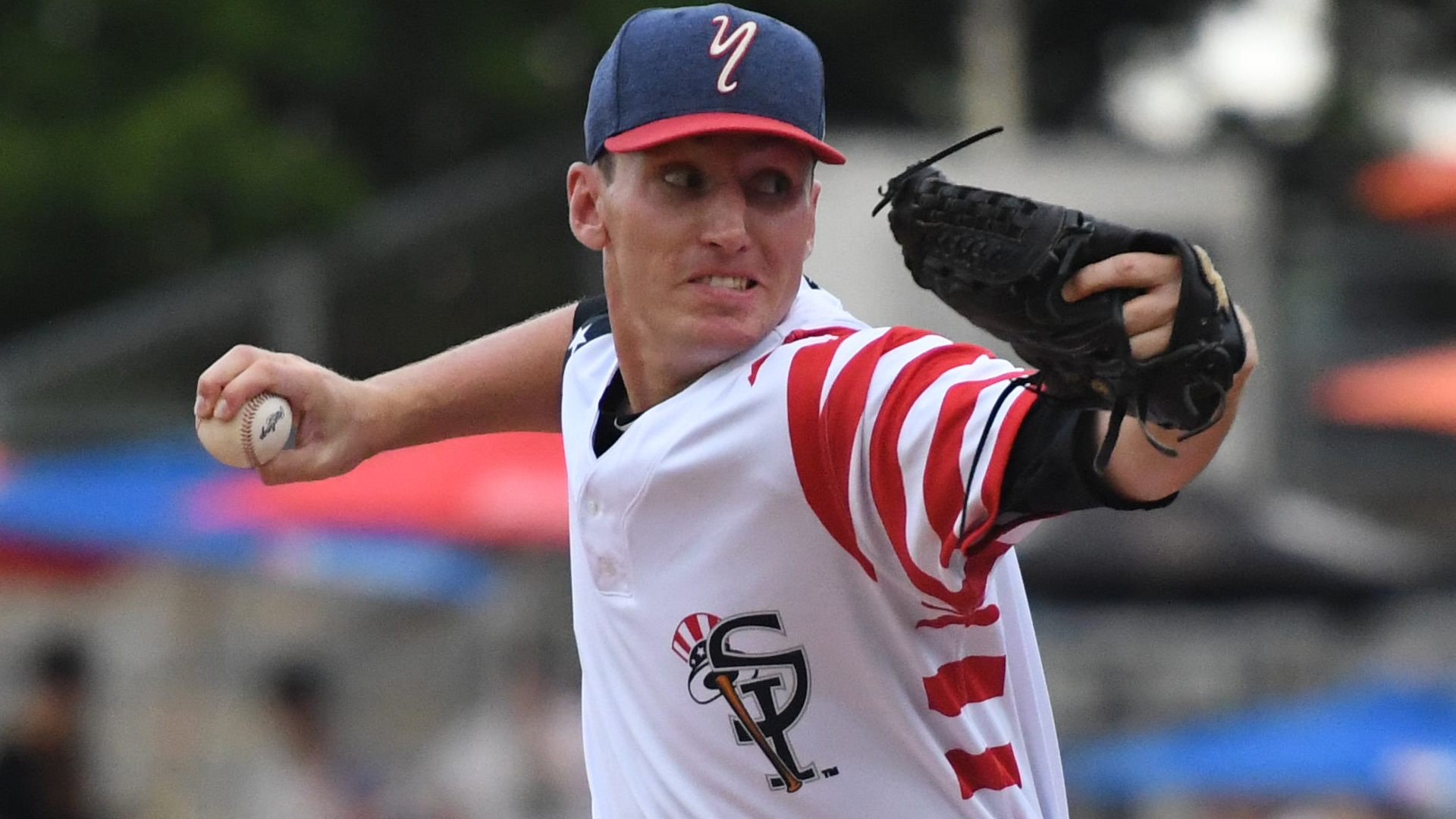 STATEN ISLAND – The Yankees are back on the winning track.

After suffering their first series loss of the season over the weekend, Staten Island (16-4) got back in the win column with a 3-1 victory over the red-hot Vermont Lake Monsters (13-7) at home in the first game of a scheduled doubleheader.

In only his third professional game since being drafted in the third round of the 2017 draft, pitcher Trevor Stephan gave the Yankees everything they needed early. In three innings of work, Stephan only scattered three hits while not giving up a run or a walk and fanning four. 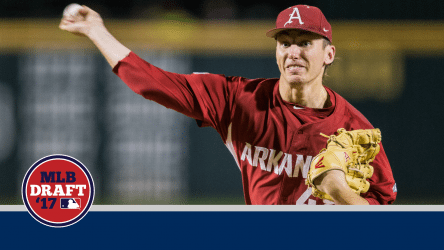 “That was probably the most comfortable start I’ve had since I’ve been a professional,” Stephan said. “I felt good. I was mixing my fastball and slider, threw a few change-ups, and I was elevating my fastball late and just having a good feel for my off-speed stuff.”

The youngster, whose fastball was in the low 90s through the first two innings, showed an extra gear when he touched 94 mph in his final inning of work. Stephan also put on display a change-up that sit in the mid-80s and a sharp curveball that came in around 80-83 mph.

“He competed out there. I really liked that he was attacking the hitters right away. He was fearless,” said Staten Island Manager Julio Mosquera of his starter.

“You know, he just started pitching for us and we’re still building him up. So we gotta take him one day at a time and every time he goes out there he’ll get a couple of more extra pitches.”

The Yankees’ offense finished with seven hits, but got the three that mattered most in the bottom of the third inning with two outs. Staten Island centerfielder Dom Thompson-Williams opened up the scoring with an RBI-single that snuck through the left side of the infield, and then with the bases loaded Francisco Diaz (3-for-3, two RBIs) drove in two more with a hard liner to right.

“He looks healthy, and he came over here to get some at-bats, and I’m glad he was here today,” Mosquera said when asked about Diaz who was with the team on rehab assignment. “He helped us out and he looked pretty good.

“It’s also tremendous to have a guy like that here. I saw him talking to the other young catchers and the pitchers as well in the dugout. That’s very helpful, it’s like having another coach on your team.”

That would be all the Yankees needed as Will Jones (1-0) pitched 1 2/3 innings of solid relief before Eduardo Rivera (S, 3) came in with two outs in the fifth inning and slammed the door. Rivera retired all seven batters he faced to finish the game – he struck out four of them. 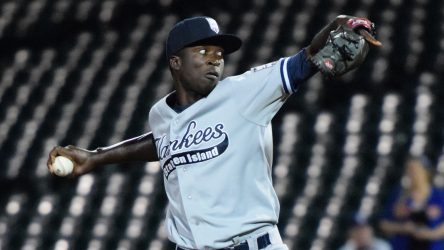 “That’s what [Rivera] does. He just goes out there and competes,” Mosquera said. “He give you 100 percent every time he goes out there so it was good to see.”

The only run the Lake Monsters scored came in the fifth inning off of Jones. The loss snaps Vermont’s six-game winning streak.

“We’ve been doing that the whole year,” Mosquera said. “The pitching staff does a good job and then we get the quality hit when we need it and our defense does a pretty good job, and that’s been the story so far.”

Since the game was part of a scheduled doubleheader, it only went into the seventh inning because of Minor League Baseball rules.