Staten Island Yankees To Wear Hometown on Their Chest 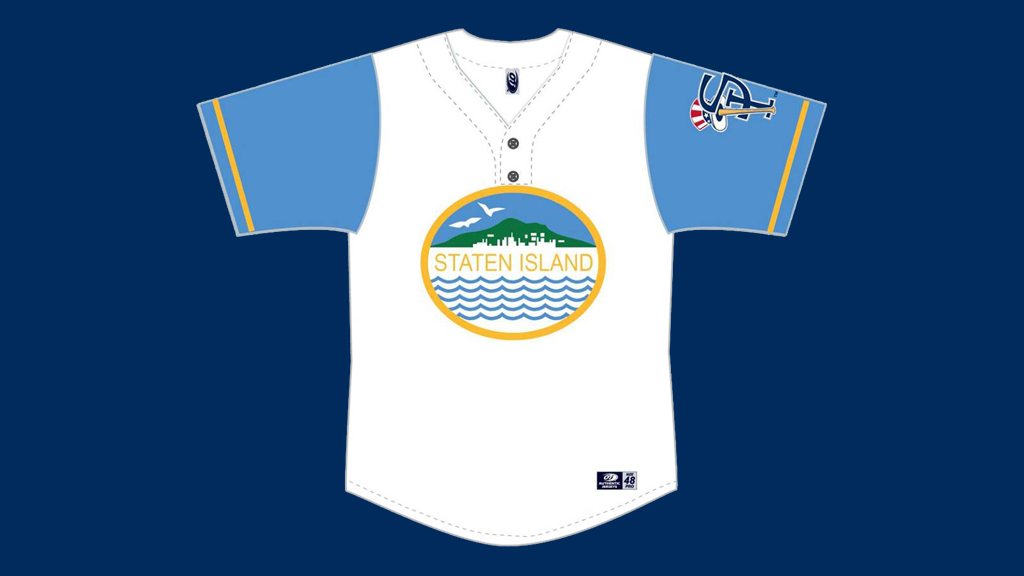 The Staten Island Yankees will wear these jerseys based on the flag of the borough.

Flag of the Borough of Staten Island

The Staten Island Yankees plan to show the fans that they are Staten Island’s team this year. To do that they will wear their hometown on their chest. For the first time since their inaugural season in 1999, the Baby Bombers will wear the flag of the borough on their uniform. But instead of a sleeve patch like in 1999, the flag will be the uniform.

Tonight the SI Yanks announced that on Friday, September 4, 2015 against the Tri-City Valley Cats they will don the flag of Staten Island jerseys as part of Fan Appreciation night. Throughout the night fans will be have a chance to win a jersey off the back of a Baby Bomber after the game. 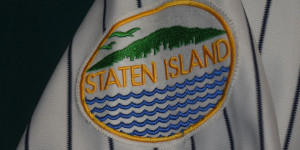 The Flag patch of Staten Island on a 1999 SI Yanks uniform.

The promotion is just one piece of a larger promotions push this year. Be prepared to see some cool and exciting promotions from the team.

The Staten Island Yankees season starts June 19 against the Brooklyn Cyclones at the Richmond County Bank Ballpark.  For ticket information log onto their official site at www.siyanks.com.