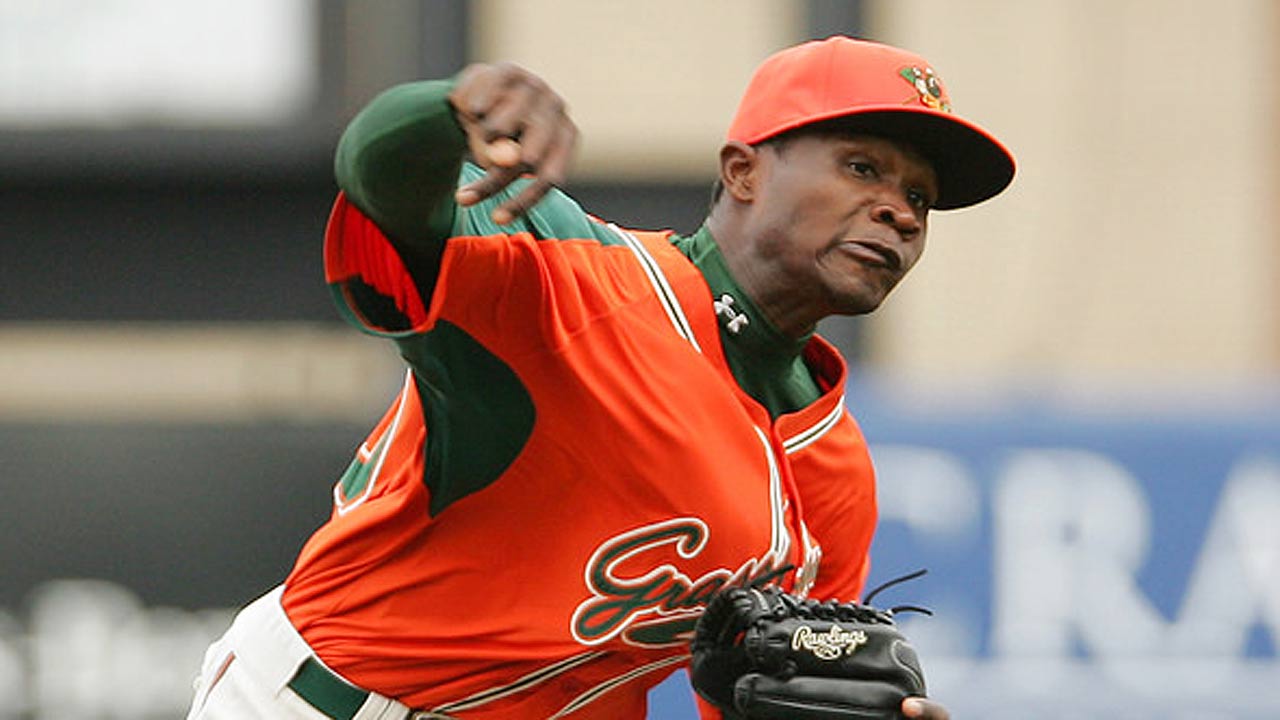 Domingo German with the Greensboro Grasshoppers of the South Atlantic League in 2014 (MLB.com)

This past year the Yankees the Yankees drafted and signed a lot of interesting prospects to their farm-system. They really flooded their system with high upside international signings, and selected some interesting players in the draft. However one critique of their moves, is that they didn’t acquire much high-end pitching prospects. The majority of the international spending was on young toolsy bats, and the majority of the Yankees draft picks were used on college pitchers.

While those college pitchers could surprise us as-well, it’s not the same as selecting prep pitching talent. College players aren’t really that projectable, and don’t carry as much potential upside, because they are already and have already been developed by a college program.

There isn’t anything wrong with what the Yankees did it’s just means that they didn’t really acquire high-upside pitching depth, in the same way that they acquired hitting depth. This is somewhat concerning, because the team probably needed an infusion of pitching prospects more than they needed more hitters. Sure some guys like Jordan Foley, Andrew Chin, and Jonathan Holder could surprise us, but overall the Yankees didn’t acquire an organizational top-10 talent kind-of arm.

But either way we can now say that the team got their high-upside pitching prospect, in a surprising trade with the Miami Marlins. By trading for Nathan Evolodi and Domingo German the Yankees acquired a young major-league pitcher with great upside, and a pitching prospect that has some sizeable upside as well.

In some ways German can be viewed as poor man’s Severino. He has a great fastball (upper-90’s with movement), but his secondary pitches lag behind the Yankees best prospect. He throws a below average slurve-like slider, and a changeup that currently looks like an average pitch. Lastly like Severino, German has shown average to above-average command and control his entire career.

German’s overall package has led to an almost surprisingly good minor league career. Over the course of his 5 year minor league career German has posted the following numbers: a 2.33 ERA, a 1.154 WHIP, and a K/9 of 8.8 and a BB/9 of 2.8. He has consistently performed better as he has advanced through the Marlins farm systems, and proved that he could handle a big workload during the 2014 season.

German’s saber-stats, are just as impressive as he had a FIP over 3.61 and over his FIP for his last five teams have been: 2.41, 2.99, 2.69, 2.10, and 3.26 in A-ball. Additionally his HR/9 last season was .44, and k-BB% was 17.5. The three top outcomes of a batter facing German is a strikeout (22%), a groundout (21%) and a single (17%). 50 percent of batted balls versus German are ground balls. So overall it’s easy to see that German has some appeal to a team like the Yankees; who play in a division with some great hitters parks.
German’s combination of stuff and results makes him one of the Yankees best pitching prospects. German was ranked as the team’s 7th best prospect

in MLB.com 2014 version of the Yankees top-20. The only pitchers ranked ahead of him were Ian Clarkin, and Luis Severino. And German might be ranked higher than that in the updated version that will come out for the 2015 season.

German is an especially good get because players like Ty Hensley, Jose Campos, Manny Banuelos, and Gabriel Encinas all have good amount upside as well, but injuries and inconsistency have derailed their careers. That’s why they really needed German to help solidify their pitching corps.