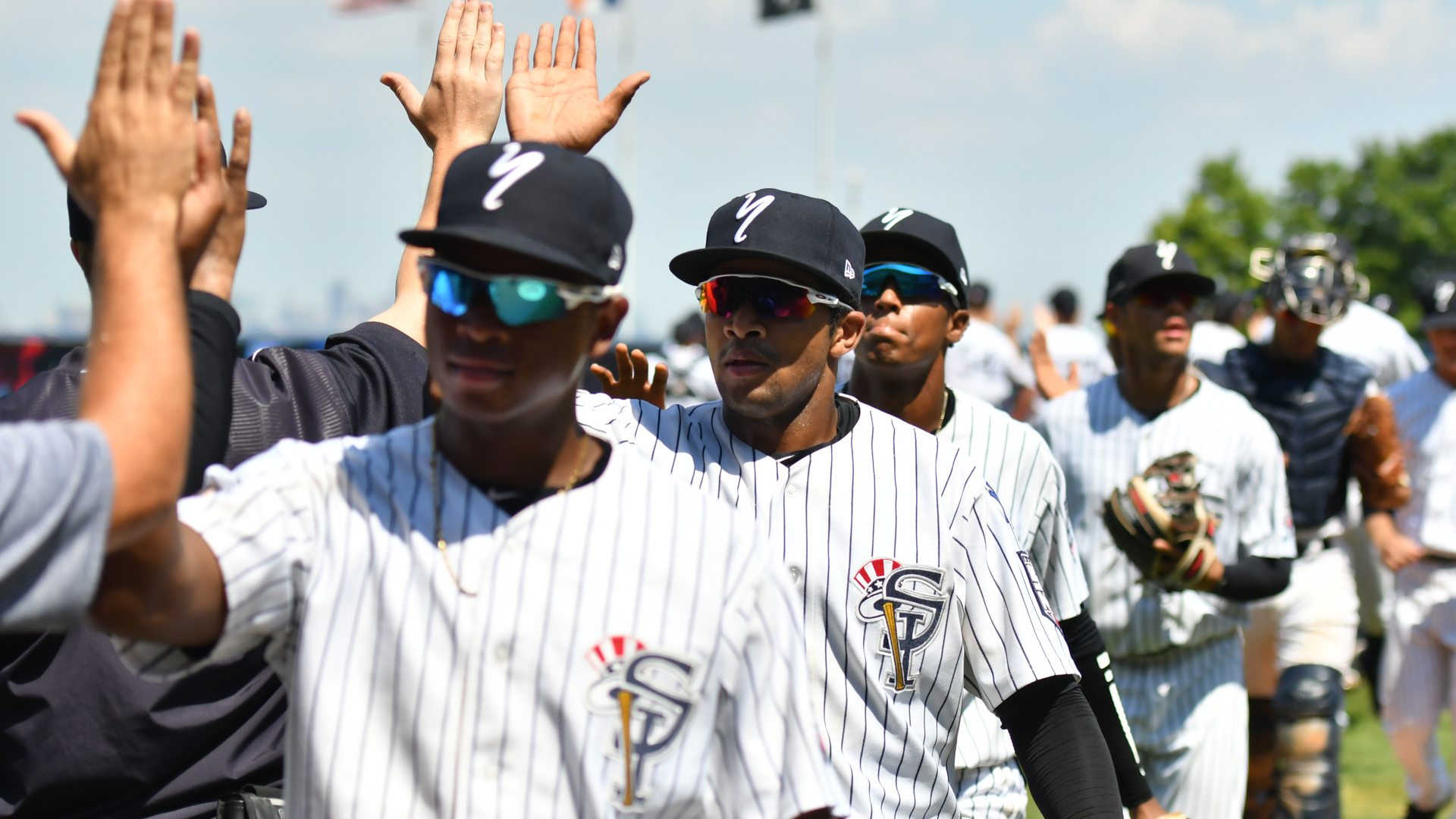 The Staten Island Yankees pitching staff was dealing on early Thursday morning, leading the Yankees to victory over Williamsport to complete the sweep.

“He did a tremendous job out there today,” said Yankees manager Julio Mosquera after the game, “Obviously, he did not give up any hits, and they kept missing his pitches, throwing strikes when he needed to.  Using his curveball, using his changeup.  I thought he attacked the hitters the whole game.”

De Paula battled the first couple of innings, allowing lead off walks in both the first and second innings before settling down and cruising through the rest of the game. 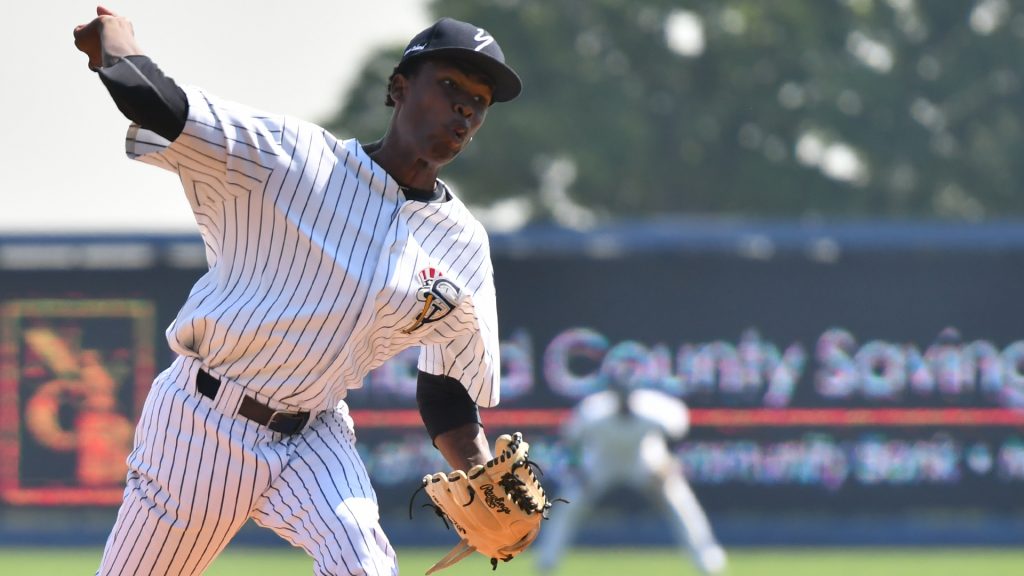 “When you start with a leadoff walk a lot of time it makes it tough, you have to work more,”  Mosquera stated.

“When he started getting ahead of the hitter’s things are going to become a lot easier.  That is what he started to do afterward.”

In the bottom of the second inning, Williamsport threatened to score but was unable to thanks to a tremendous throw by Andy Diaz from center field.

David Palladino took over on the mound for the seventh inning and kept the no-hitter alive for another 1 2/3 innings before Malvin Mateos lined a double off the left field wall on the seventh pitch he saw to break up the no-hitter and give Williamsport their only hit of the night.  He then walked the next batter before Staten Island went to the bullpen for Brian Treiglaff who finished the inning.

In the bottom of the eighth, Andy Diaz doubled on a fly ball to right before moving to third on a sacrifice bunt by Cesar Diaz.  Diaz was safe as the Crosscutters were unable to get Andy out at third base.  After a strike out and ground out the Crosscutters would intentionally walk Kendal Coleman to pitch to Timmy Robinson. 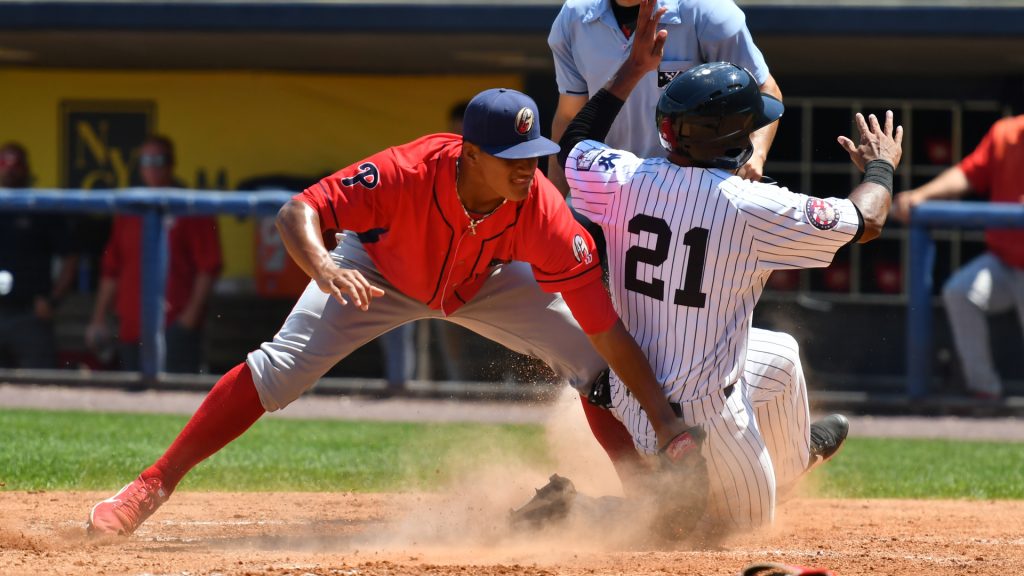 Andy Diaz slides into home plate to score the only run of the ballgame. (Robert M. Pimpsner)

With Robinson at the plate, Williamsport pitcher Luis Ramirez would throw a wild pitch bringing home Diaz and giving the Yankees the 1-0 lead.

“We work on that all the time, that is one of the things we work on. It is a 0-0 game and that ball bounces past the catcher you go,” said Mosquera

“He has pretty good speed himself so that helped.  I told him you have to be ready for a ball in the dirt right here, they are not going to give up any fastballs in the middle of the plate so they are going to throw breaking balls and you have to bounce and go.”

That was all Staten Island needed as Trieglaff came out to pitch a 1-2-3 ninth inning, earning his second victory of the season.

After the game had concluded the Yankees boarded the team bus for the seven-plus hours road trip to Niles, Ohio.  After the journey against the Mahoning Valley Scrappers, they will get to rest for a couple of days for the NY-Penn League All-Star Break. 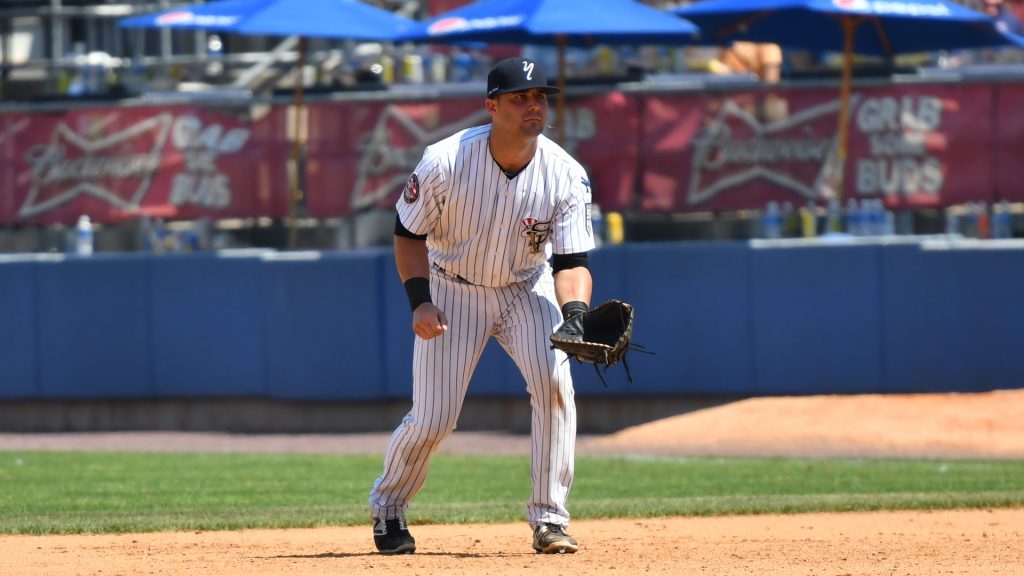 Keith Skinner got his first experience at first base. (Robert M. Pimpsner)