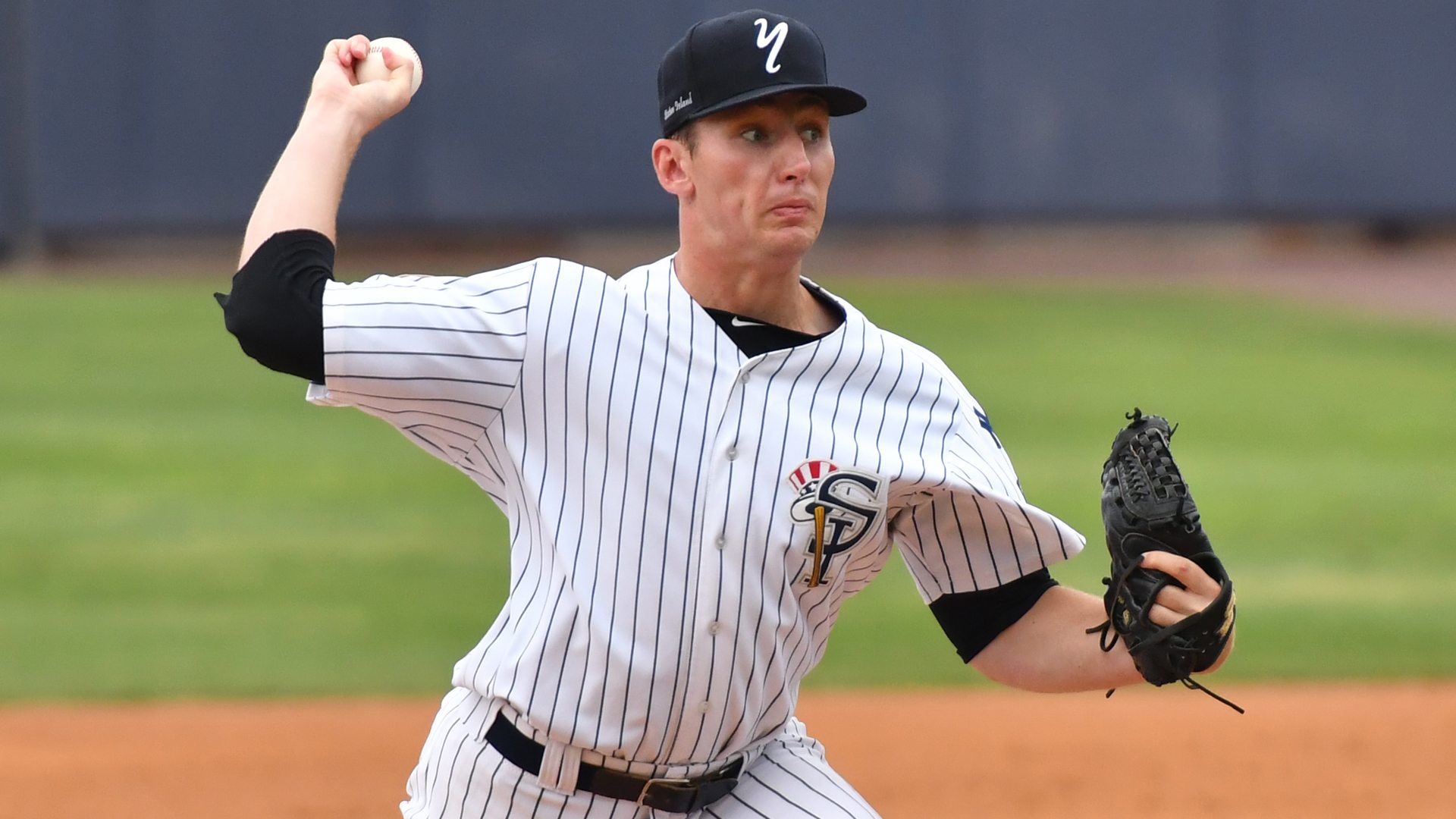 Trevor Stephan had one of his best outings of his pro career. (Robert M. Pimpsner)

STATEN ISLAND, N.Y. – After taking two out of three games from the Hudson Valley Renegades to open their homestand, the Staten Island Yankees began a three-game set against the Lowell Spinners on Sunday with a 4-1 victory behind a stellar relief effort from Trevor Stephan and the hitting of Ryan Krill.

For five innings, Lowell and Staten Island engaged themselves in a tightly contested pitcher’s duel. Lowell scored their lone early run in the second inning when Staten Island starter Jhony Brito threw a ball into centerfield to allow Yoan Aybar to advance to third base. Aybar eventually scored on a Michael Osinski sacrifice fly. 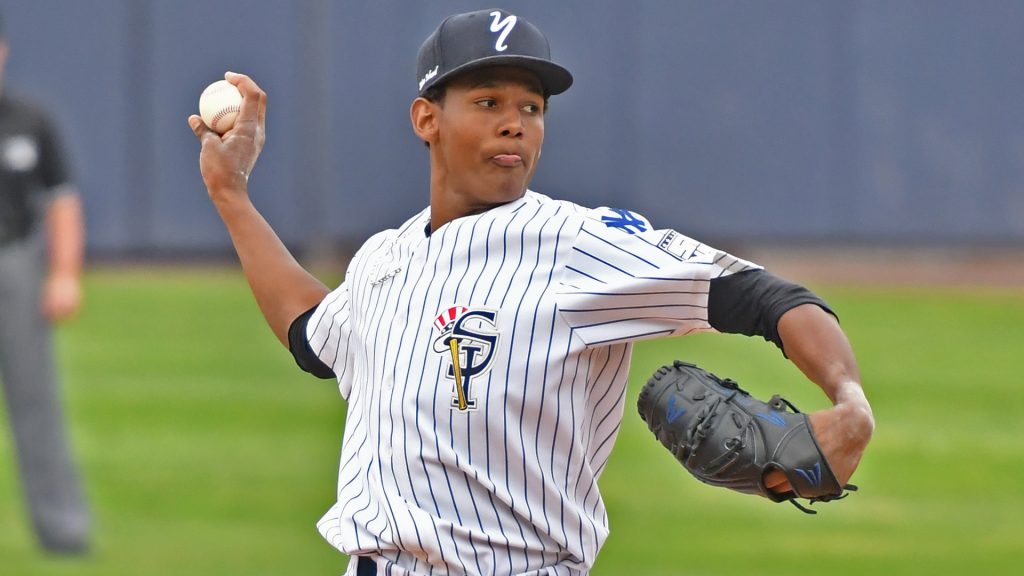 Jhony Brito made just his second appearance of the season after sitting out several games. (Robert M. Pimpsner)

Brito departed with runners at the corners in the second inning in favor of Trevor Stephan, who proceeded to strike out Jordan Wren and Nicholos Hamilton to prematurely end any possible threats. Stephan, in his first appearance out of the bullpen, and found continued success using his fastball to all but shut down Lowell’s offense. He did not allow a hit in four innings of work and struck out seven. Stephan in one stretch retired eight batters consecutively and earned his first professional win.

Lowell starter Nick Duron surrendered just one run on a Ryan Krill single through the first four innings and had the aid of two caught stealing attempts from catcher Samuel Miranda to retire Welfrin Mateo and Jose Polonia. Staten Island began breaking through in the fifth inning with Cody Brown singling home Jason Lopez, who led off the frame with a walk. Brown later crossed the plate on a wild pitch with Polonia batting. Duron went five innings, allowing three hits and three runs.

In his third at-bat of the afternoon, Krill provided insurance, launching his second home run of the season off reliever Mitchell Osnowitz to extend the lead to 4-1 in the seventh inning. Krill’s dinger was the fifth by a Staten Island player in the last four games as the club begins showing another element of their offense. His previous home run came on July 15 in Morgantown against the West Virginia Black Bears, and he contributed two of his team’s five hits on Sunday.

Staten Island and Lowell will meet nine times this season with two series taking place in Richmond County Bank Ballpark and another at LeLachuer Park. The two teams will continue their current series on Monday with Glenn Otto slated to make his pro debut for Staten Island. Otto, the Yankees’ fifth round pick in 2017 out of Rice, went 7-4 with a 3.77 ERA in 26 appearances as a junior this spring, pitching primarily out the bullpen.