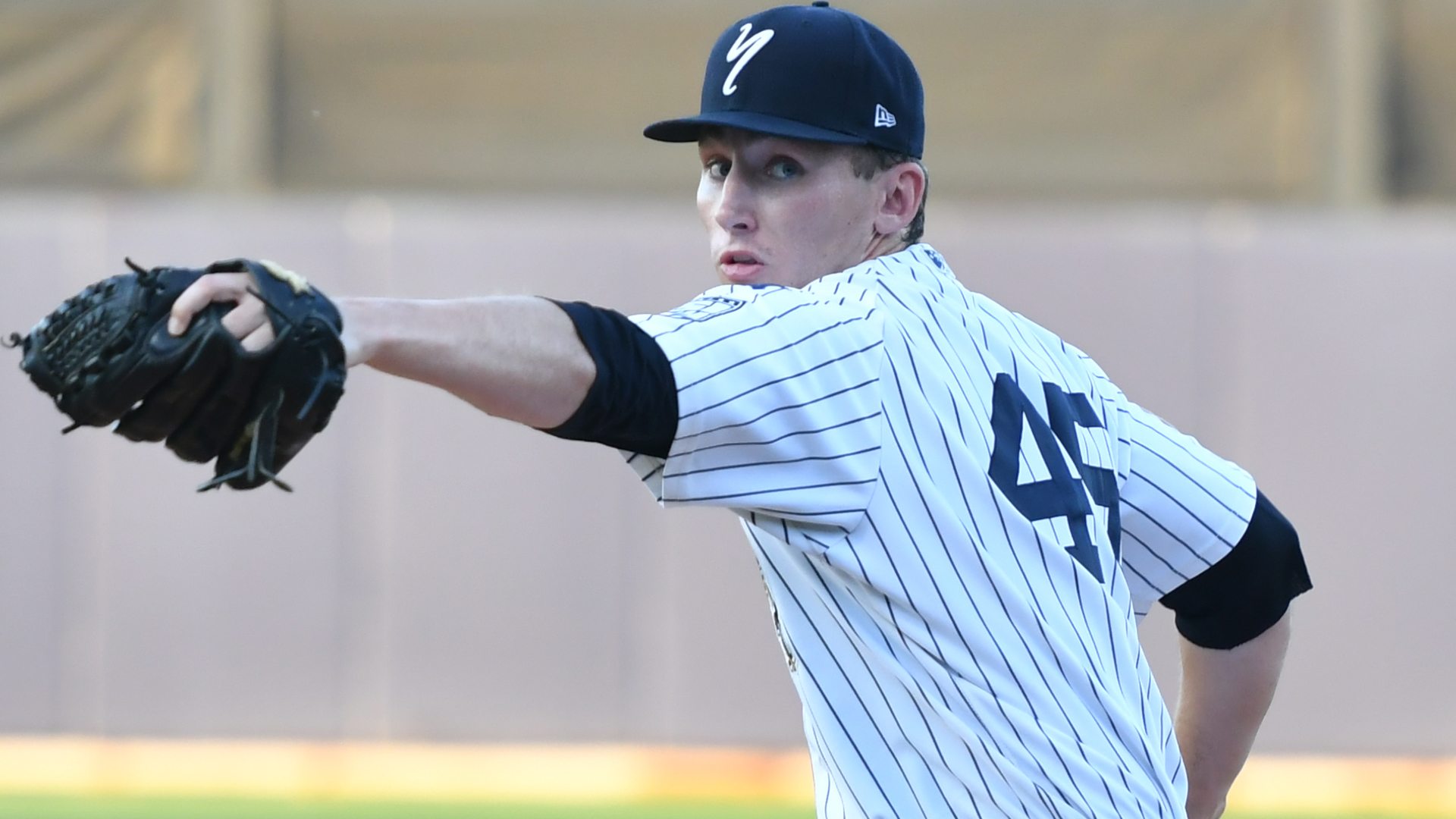 Pitchers Trevor Stephan, Glenn Otto and Josh Roeder, combined to throw 8 1/3 hitless innings as the Staten Island Yankees defeated the Lowell Spinners, 5-0 in the opening game of a three-game set.

Though the Spinners could collect two hits in the ninth inning, they were unable to score, giving the Yankees pitching staff 26 straight scoreless innings.

Stephan got the start throwing four hitless innings, striking out six batters and hit 96 miles per hour on the gun.  Otto came into the game in the fifth inning and allowed just a walk while striking out four batters in his three innings of work.  He would earn the win, his second of the season. 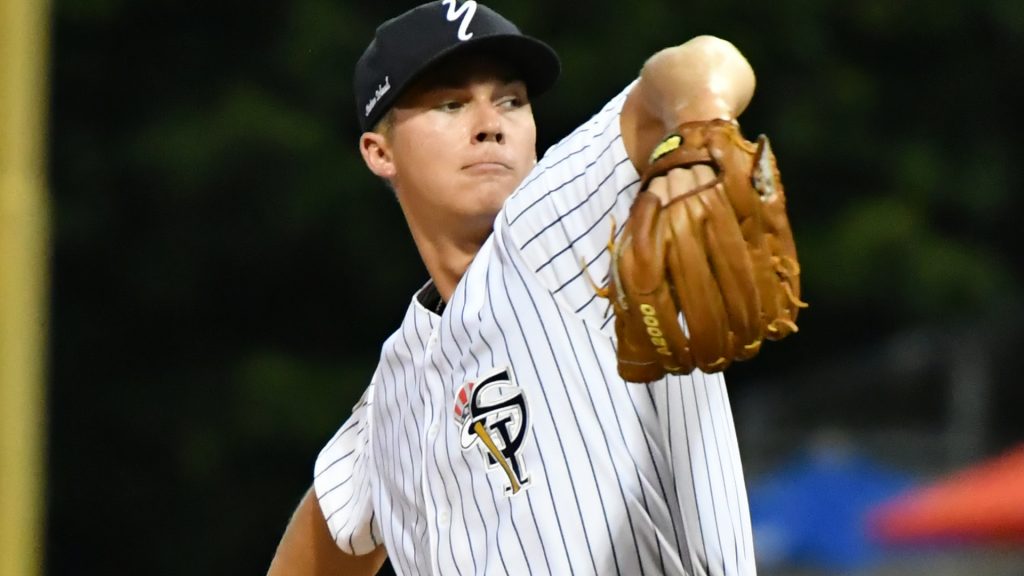 In the bottom of the sixth inning, the Yankees were able to add three more runs.  Jason Lopez started it off with a single to short, moved to second on a wild pitch.  Timmy Robinson then singled before Kendall Coleman doubled to bring home Lopez and move Robinson to third.  Ryan Krill then cleared the bases with a single to right on a line drive.  With that, the Yankees had a 5-0 lead over Lowell, and that is all they needed thanks to strong pitching and defense.

“The guys are doing good,” said Staten Island manager Julio Mosquera, “They are doing everything the way they are supposed to be doing it and learning the stuff they need to be learning.  It is showing on the field right now.”

Josh Roeder came into the game in the eighth inning and kept the no hitter going for another inning and a third before the Spinners could get two hits off of him.  Lowell almost broke the no-hitter one-out earlier, but Yankees center fielder Andy Diaz demonstrated his fantastic range and athleticism, stretching to make the play right in front of the video board in right-center field. 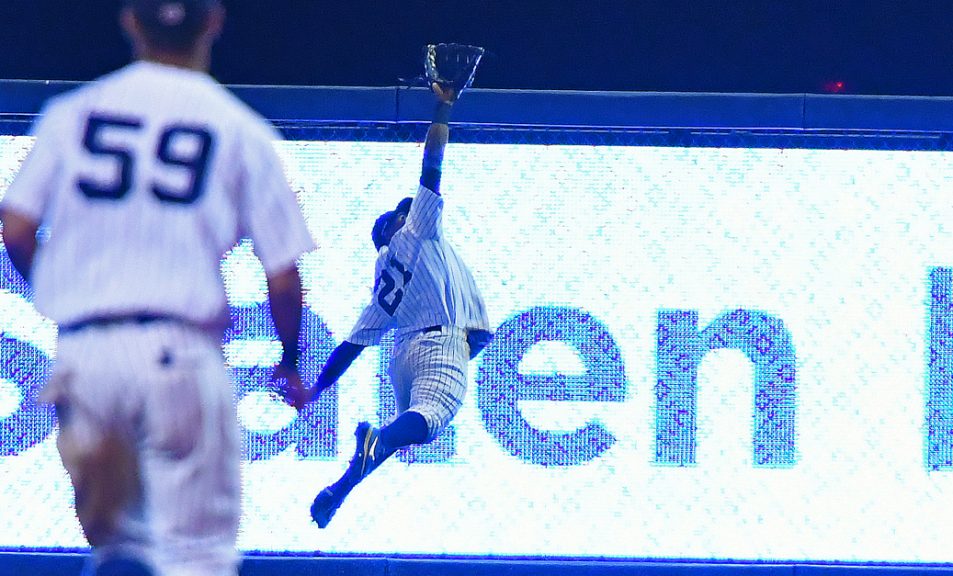 Andy Diaz stretches in right-center field to make the first out of the ninth inning. (Robert M. Pimpsner)

Timmy Robinson has broken out of his funk at the plate; the Yankees outfielder has a six-game hitting streak with nine hits in 20 at bats, good for a .450 average in that span.

“Timmy was a little bit without luck earlier this year,” said Mosquera, “he hit some balls hard at people, now they are falling.  That’s just helped him build more confidence, he went through some struggles earlier in the year but he is coming around at a good time.  We are going need Timmy the whole time, that is our four-hole hitter, and he did it last year.  He is coming around at the right time and finding his stroke.”

All three pitchers in the game combined to strike out 14 batters and with the shutout, they lowered the team’s combined ERA to 2.60.

“It’s just about executing your pitches,” said Yankees pitching coach Travis Phelps, “and not making mistakes over the middle of the plate.  One of the things I stress with our guys when you get a head of a hitter.  That’s your job, to put them away.  And our guys are starting to figure that out, and they are starting to understand it. So, when they get ahead in the count, these hitters they just don’t have a chance.”