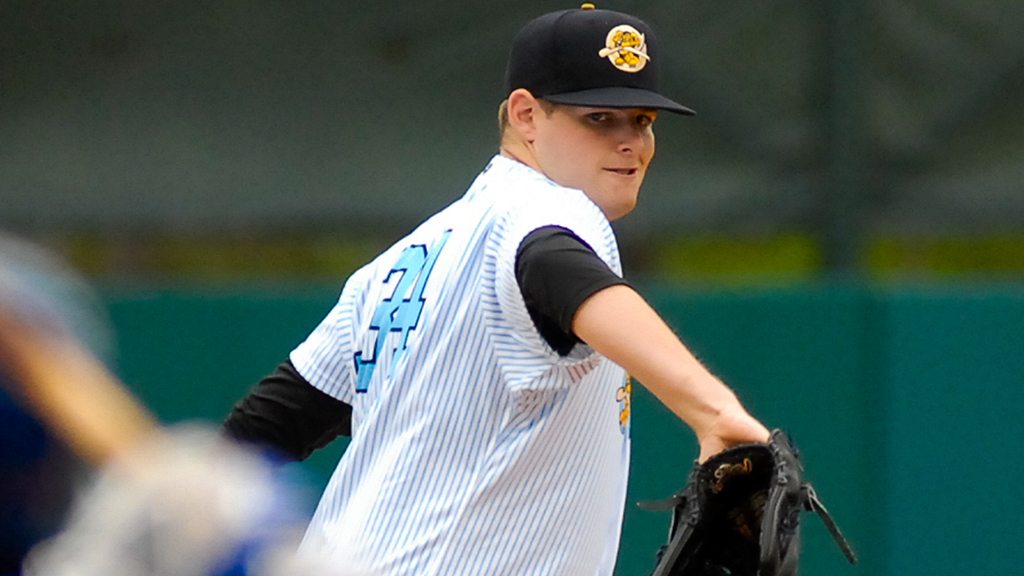 The Tampa Yankees fell to the Charlotte Stone Crabs for the second straight night on Saturday night at George M. Steinbrenner Field, losing the series two games to one.

Tampa Bay Rays’ outfielder Steven Souza Jr. made a rehab appearance with the stone Crabs as the designated hitter as he works his way back from being hit by a pitch against the New York Yankees’ RHP Bryan Mitchell.

Stone Crabs’ Andrew Velazquez hit a leadoff single on a ground ball to short off of Tampa’s LHP Jordan Montgomery (3-4, 3.40). Souza then hit a double on a ground ball to left putting runners in scoring position. Willy Adames then hit a double of his own, allowing Velazquez and Souza to score for a 2-0 lead. A sac fly by Marty Gantt then sent Adames home for a 3-0 lead.

Montgomery,a fourth round draft pick in the 2014 MLB Draft, was able to calm down after that rocky first inning start and pitched five innings allowing seven hits in total along with the three runs and struck out three. Dietrich Enns (ERA 1.13) then pitched the next four innings allowing just two hits and no runs allowed; striking out four.

With the T-Yanks being held to just four hits on the night, below are the top stats of the night:

The Tampa Yankees will now go to Brevard County to start a three game series against the Manatees beginning at 5:05pm on Sunday night.