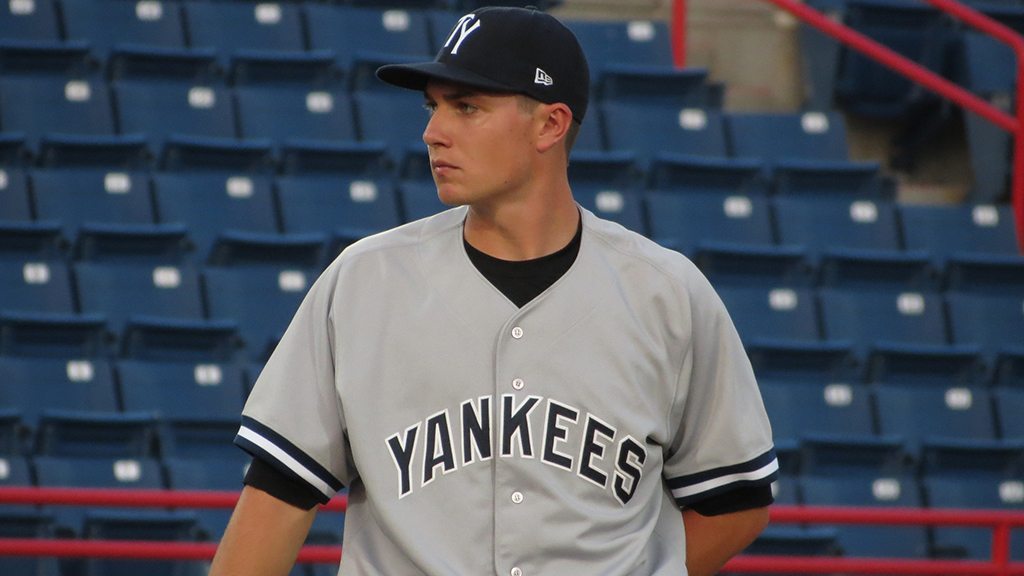 Chaz Hebert has made a name for himself as a solid pitcher. (Bryan Green)

The Tampa Yankees seem to have been on quite a landslide as of late as they lost six of the last seven games which includes the sweep by the Charlotte Stone Crabs in the four game series at Charlotte Sports Park. In the series finale early Sunday, the T-Yanks fell 9-2 to the Crabs and look to rebuild after an off day on Monday before returning home for a four game homestand beginning on Tuesday.

Chaz Hebert (ERA 5.23) took the start for Tampa as Ryne Stanek (ERA 1.78) took the mound for Charlotte. The Stone Crabs took a 2-0 lead in the bottom of the fourth after giving up two doubles and a single consecutively. In the top of the fifth after a double by Mark Payton, Mike Ford scored after Michael O’Neill grounded out.

Tampa was able to get one more on the board in the ninth when Miguel Andujar scored when O’Neill grounded out.

The Tampa Yankees will take on the Palm Beach Cardinals on Tuesday night at George M. Steinbrenner Field at 7:30pm.