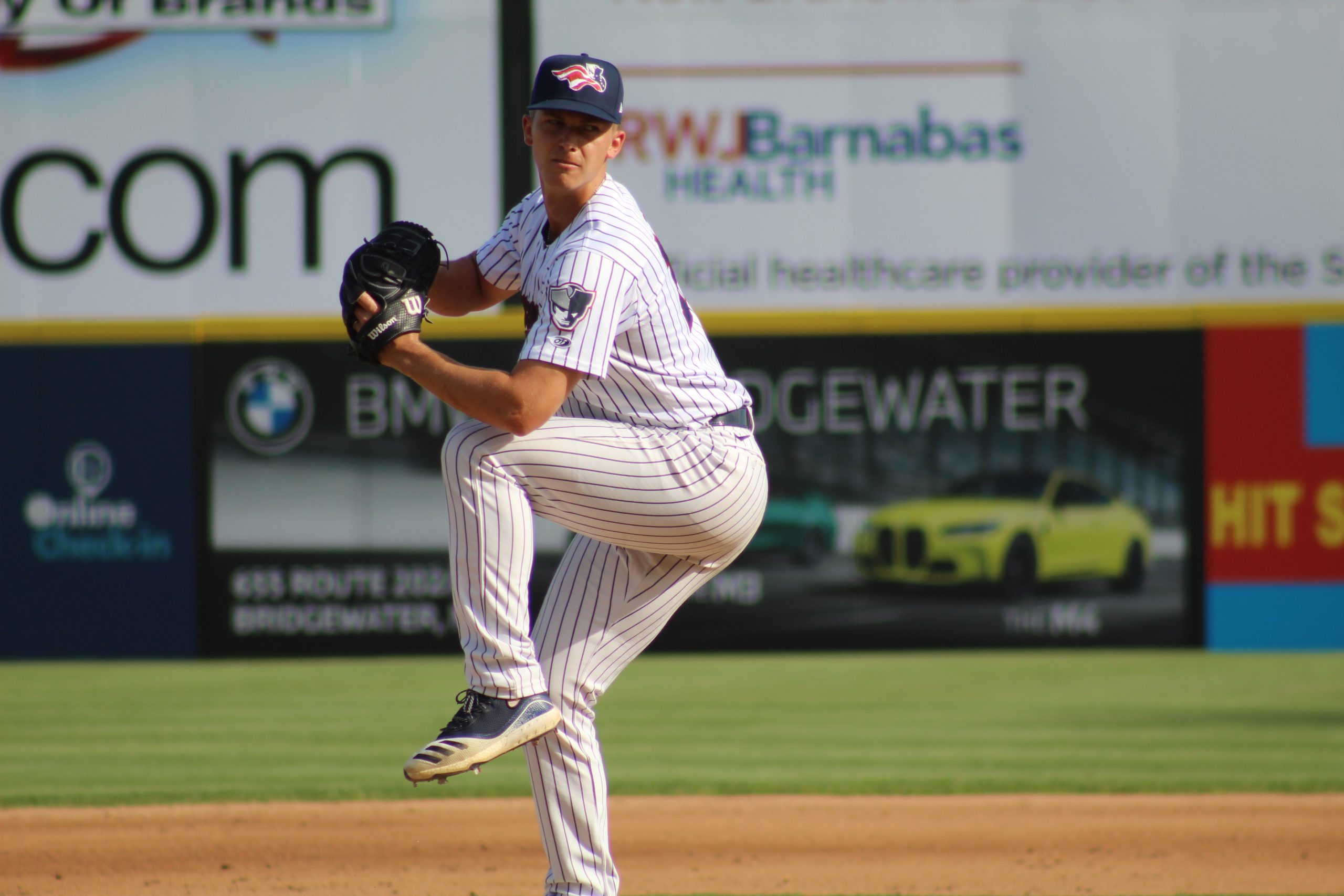 Somerset hurler Glenn Otto has been a popular topic of discussion throughout the organization and amongst baseball evaluators around the game over the first six weeks of the season. The 25-year Texas-native fanned 14 batters in his start against Richmond on Tuesday night, tying a season-high that he set back on May 20. That stellar outing marked Otto’s third consecutive double-digit strikeout outing and fourth overall in 2021. His 69 punch outs over seven outings, good for a 15.1 K/9 ratio, rank him second in all of minor league baseball entering action on Wednesday night.

Otto’s start on Tuesday night in which he allowed just one run over seven innings caught the attention of rehabbing Yankees first baseman Luke Voit, who is playing for Somerset for the duration of the week. “I was really impressed with Otto last night,” Voit said in a Zoom media session with the media on Wednesday. “I think he has big league stuff. He’s got some stuff to work on, but his swing-and-miss was great and his ability to pitch up in the zone along with a dominant secondary pitch was great.”

“I’m trying to execute every pitch that I can,” said Otto. “I know that my stuff is good enough to get plenty of strikeouts and I know that if I focus on our plan that we’ve developed with Donny [Sands}, our catching corp, as well as our pitching coach [Daniel] Moskos. We work hard between starts to where it is easier on me just to go out and attack and focus on executing each pitch.” 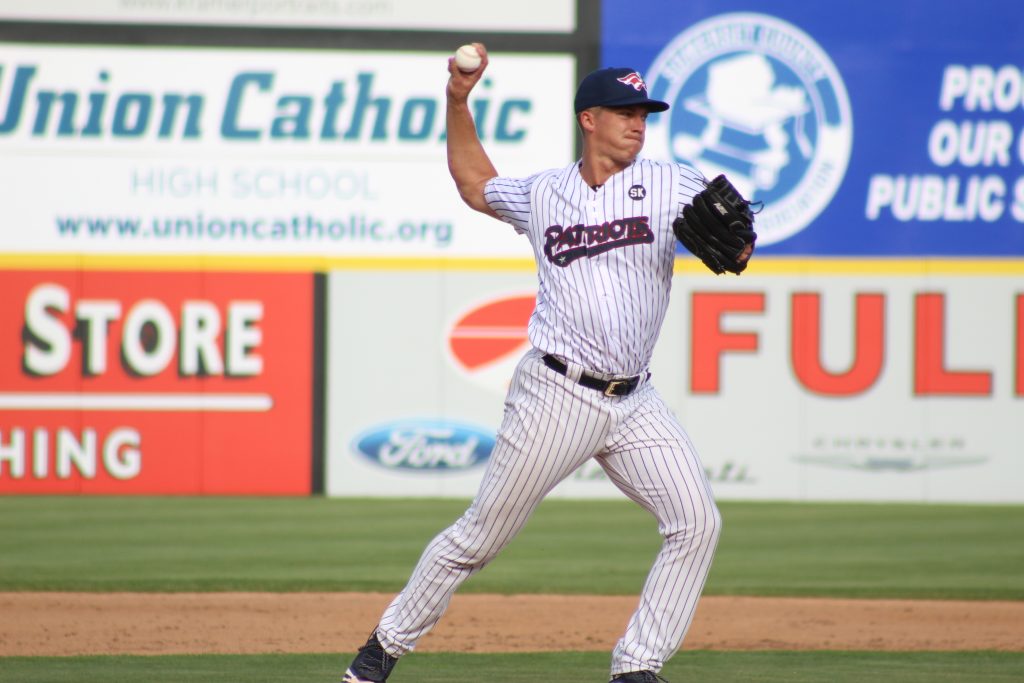 Otto, the Yankees fifth-round draft selection in 2017 out of Rice, missed most of the 2018 campaign with a blood clot in his shoulder. After returning in 2019, the righty flashed solid stuff, but struggled with command, walking 5.3 batters per nine innings. With a lost year of development in 2020, Otto refined his delivery and cleaned up his mechanic to try and improve his command. It seems to have worked.

“Just my ability to stay in the strike zone and attack hitters this year has been a big difference,” admitted Otto. “That is something that I have struggled with the last couple of years; the stuff has always been there, obviously, it’s just the ability to get ahead in the count and use that stuff to my advantage. I feel like I have done a lot better job of late of getting ahead in the count and giving myself a chance.”

In his last three starts spanning 19.2 innings of work, Otto has racked up 34 strikeouts. With numbers like that, you would think Otto is a flamethrower that lights up the radar gun, but in fact he generally sits in the neighborhood of 92-94 MPH and touches 96 with his heater on occasion. Otto’s repertoire consists primarily of a fastball, curveball, and slider and flashes a still-developing change-up in opportune situations.  He believes that his jump in strikeouts this season is more a product of improved command and getting ahead of batters more consistently. 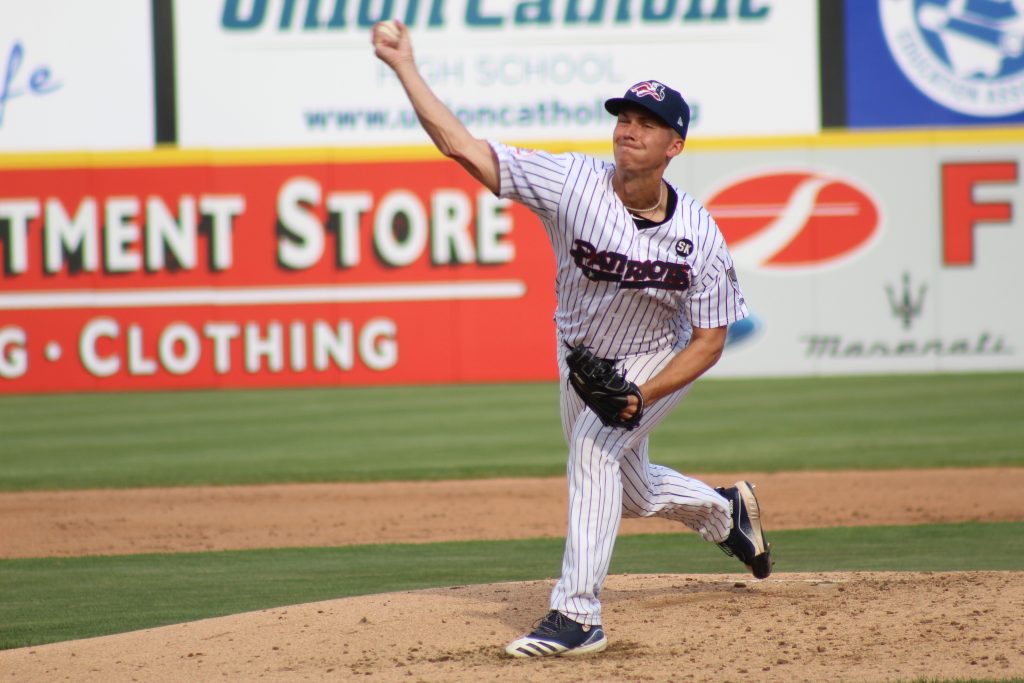 “Baseball is a lot easier on a pitcher if you can put the pressure on the hitter,” said Otto. “By going 0-1, 0-2, 1-2, if you get in advantage counts it just makes it that much easier. You can expand the zone, you can make pitches that are close not necessarily strikes that you are using to setup other pitches. When it comes down to it, always having a purpose with every pitch, not wasting any pitches or letting any pitches turn into waste pitches just for lack of execution.”

Otto added, “I try not to count strikeouts during the game, I leave that up to everyone watching,” said Otto. “I just try to stay locked in on my spot and our plan of execution moving forward.”