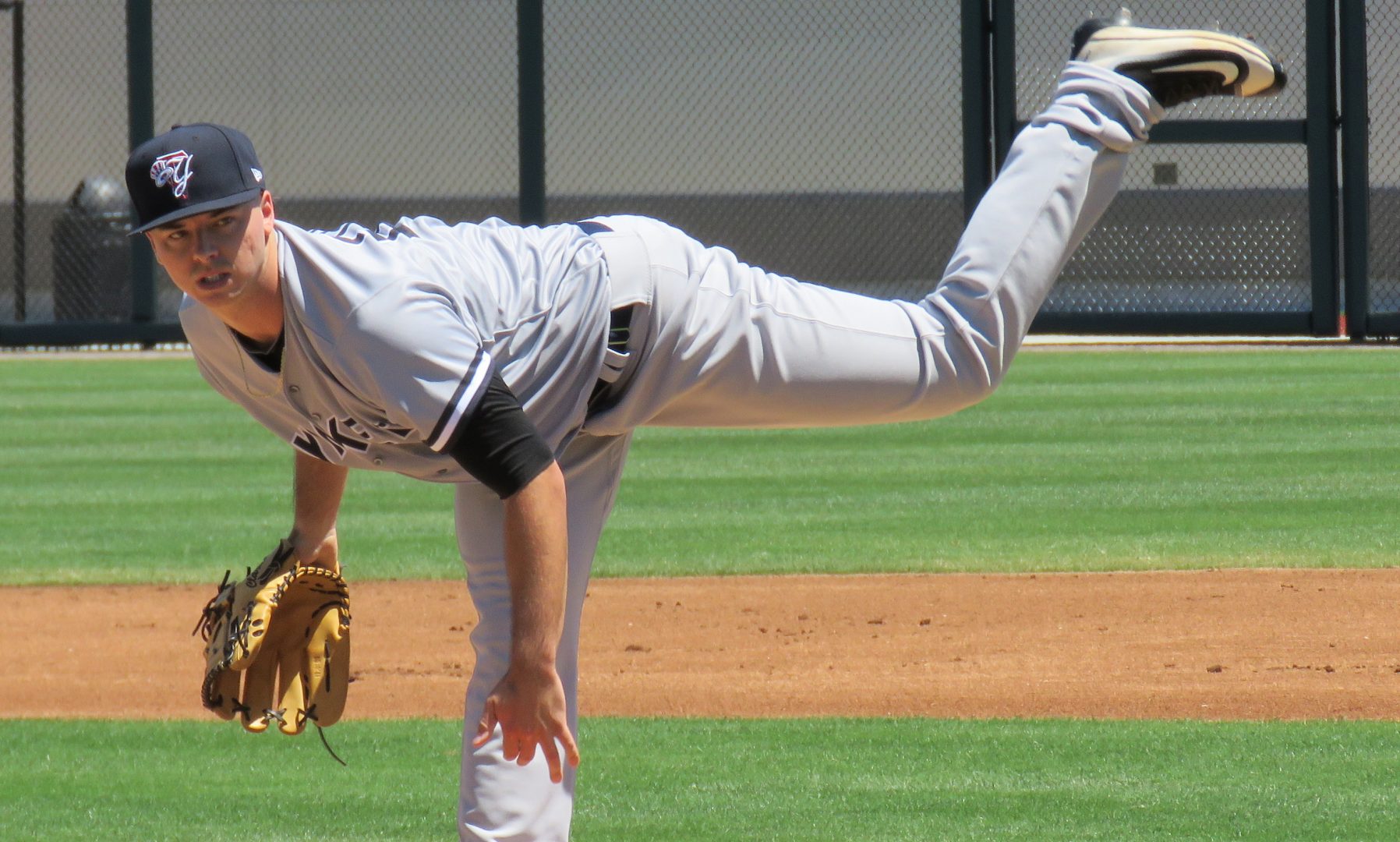 DUNEDIN, Fla. – LHP Ian Clarkin earned the win with the help of a lockdown bullpen as the Tampa Yankees (11-16) defeated the Dunedin Blue Jays (15-12), 3-1, on Wednesday night at Florida Auto Exchange Stadium.

Tampa tallied 10 hits for the second time in the series and snapped a three-game losing streak.

Back-to-back two out doubles by Jhalan Jackson and Mandy Alvarez put the Yankees on the board in the second against RHP Conor Fisk.

Clarkin retired nine of the first 11 batters he faced, striking out five in three scoreless innings before Dunedin tied the score.

Max Pentecost hit a leadoff double in the bottom of the fourth and later scored on a groundout by Lane Thomas. Clarkin would strand runners on the corners by getting Deiferson Barreto to pop out.

The T-Yanks loaded the bases with no outs in the sixth on back-to-back singles by Tito Polo and Chris Gittens and a walk by Matt Snyder. Nick Solak put Tampa ahead with a sacrifice fly into right field, scoring Polo. On the very next pitch, Jackson followed suit with his own sac-fly into right, allowing Gittens to cross the plate for a 3-1 lead.

Dunedin placed the tying runs on base in the bottom of the inning when Pentecost singled and Thomas reached on a fielder’s choice. RHP Jose Mesa relieved Clarkin and struck out Connor Panas before getting Matt Dean to fly out, ending the frame.

Clarkin (W, 3-2) allowed one earned run on four hits in five and a third innings, walking three while striking out six and throwing 49 of 76 pitches for strikes.

Mesa (H, 2) allowed a single in the seventh and struck out a pair in a scoreless inning and two-thirds. RHP Matt Marsh (H, 1) tallied two strikeouts in a perfect eighth before RHP Dillon McNamara (SV, 2) worked around an error and struck out two more in the ninth for the save.

Fisk (L, 1-3) made a quality start for the Blue Jays, yielding three earned runs on seven hits in six innings of work. The righty walked one, struck out three and threw 61 of 91 pitches for strikes.