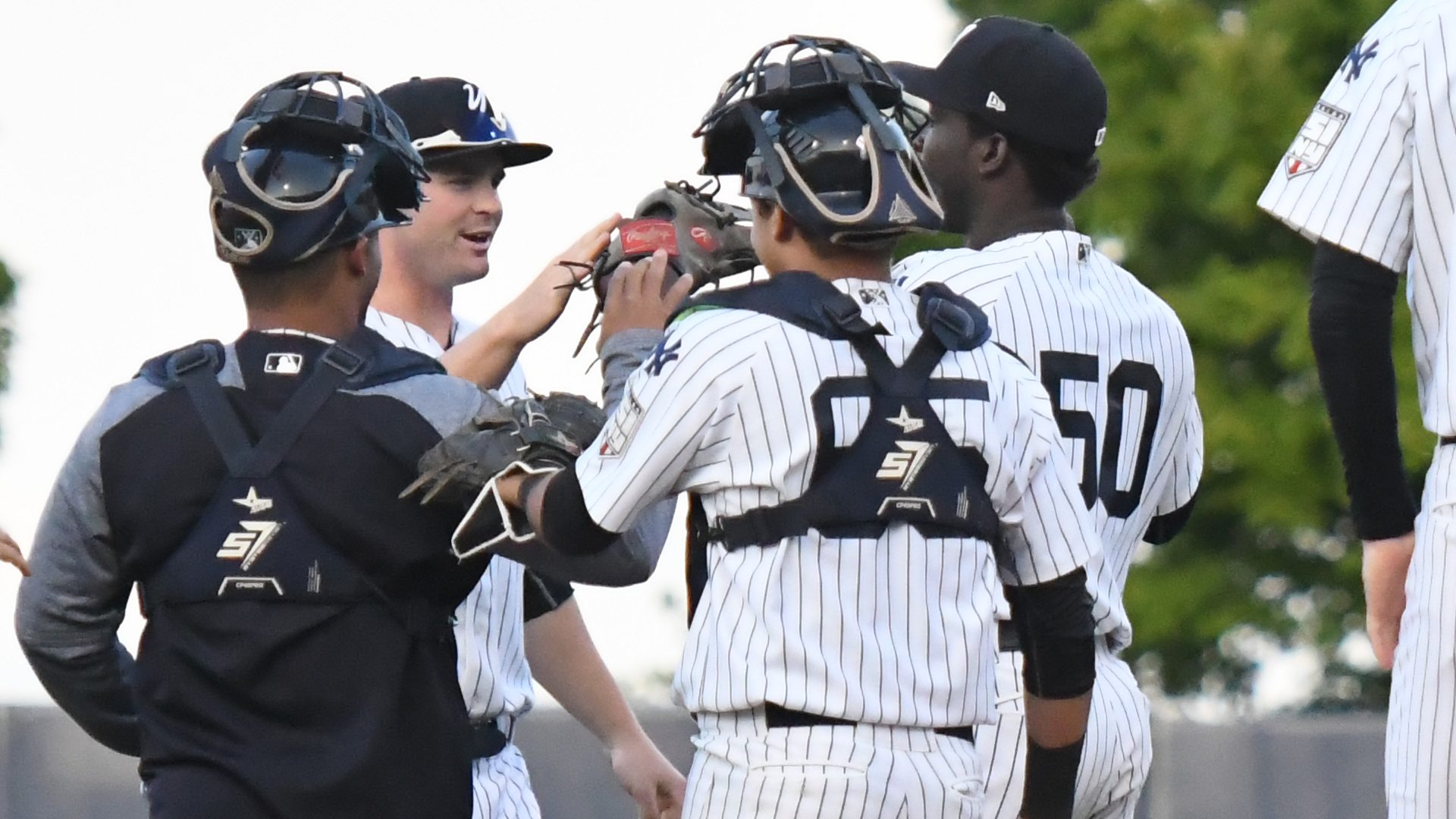 After dropping the first game of the 2017 NY-Penn League semifinals on Saturday night in Hudson Valley, the Staten Island Yankees came back to force a decisive game-three with a 4-1 win at home.

The Yankees came into the game with a 4-1 record against the Renegades at the Richmond County Bank Ballpark during the regular season.  This game was a bit different as they were facing a major leaguer in the person of Jacob Faria. 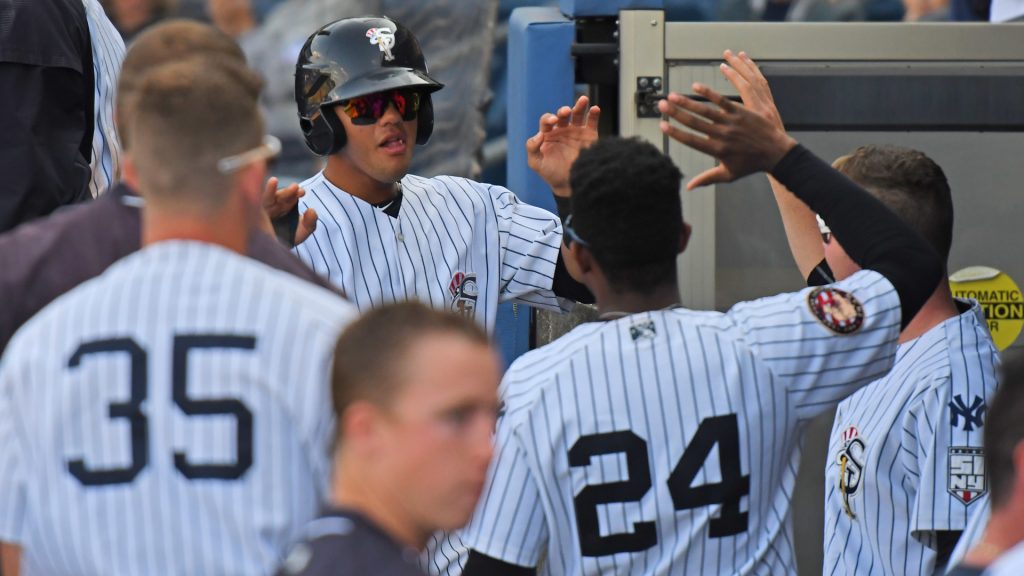 Wilkerman Garcia and Andy Diaz are congratulated in the Yankees dugout after scoring the first two runs of the game. (Robert M. Pimpsner)

Faria began a rehab assignment with Hudson Valley prior to the start of the game as he works his way back from abdominal strain.  Prior to going on the disabled list, he owned a 5-4 record for the Tampa Bay Rays over 13 games and struck out 77 batters in 78 2/3 innings pitched.

Staten Island jumped to an early lead against the Rays pitcher, plating two runs in the bottom of the first inning.  Andy Diaz walked, went to second on a single by Wilkerman Garcia.  Both runners moved up 90-feet on a throwing error by Faria on a pickoff attempt.  Timmy Robinson then lined a double to left, clearing the bases and giving the Yankees a 2-0 lead over the Renegades.

“It’s nice to face a big leaguer on rehab,” said Robinson after the game.

“You don’t really know what you will get from him.  He snuck a fastball in, the first pitch that I fouled off.  Then he went change up and another change up.  It was nice to see the same pitch on back-to-back pitches.  I put a good swing on it and it worked out.”

The Yankees added a run in the bottom of the fourth.  Welfrin Mateo line a single to left moved to second and then third on two consecutive passed balls with Ryan Krill at the plate.  Krill struck out and Hudson Valley brought in Drew Strotman to pitch.  But another passed ball allowed Mateo to come home to score, giving the Baby Bombers a 3-0 lead. 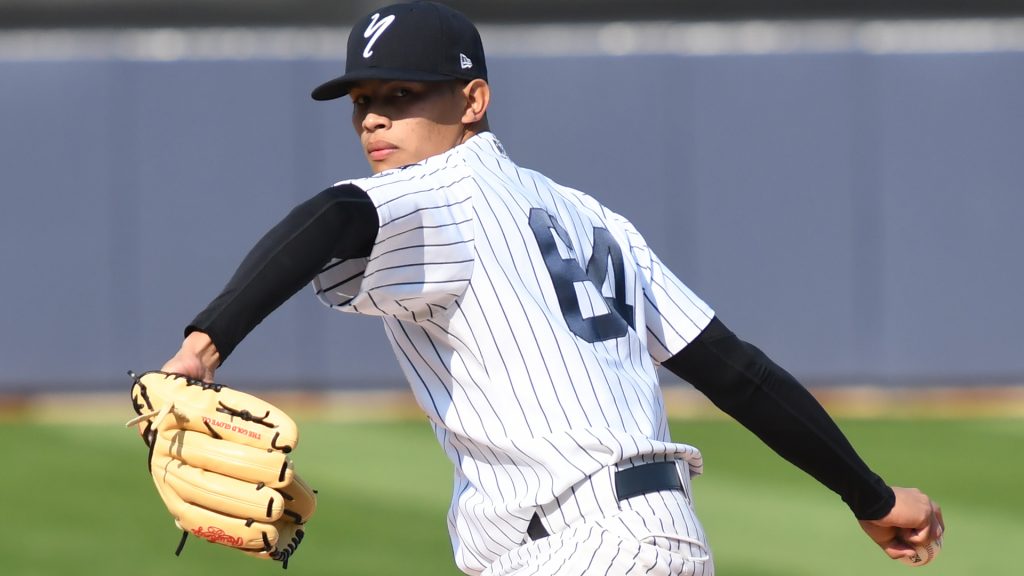 Staten Island starter Jonathan Loaisiga did not allow a run over his five innings of work.  He earned the win as he struck out four batters allowing a walk and four hits.

Interim manager Josh Paul praised him after the game, “He was throwing a lot of strikes, attacking the hitters and kept them off balance.  That is a pretty good combination.”

The Staten Island Yankees were not done scoring, they added another run in the bottom of the sixth inning.  Keith Skinner singled, went to second on a passed ball and third on a wild pitch before Welfrin Mateo walked.  With Ryan Krill at the plate, Drew Strotman threw a wild pitch giving Skinner the opportunity to score.

“We are always trying to be aggressive on balls in the dirt,” said Paul, “and the guys did a pretty good job with it today.” 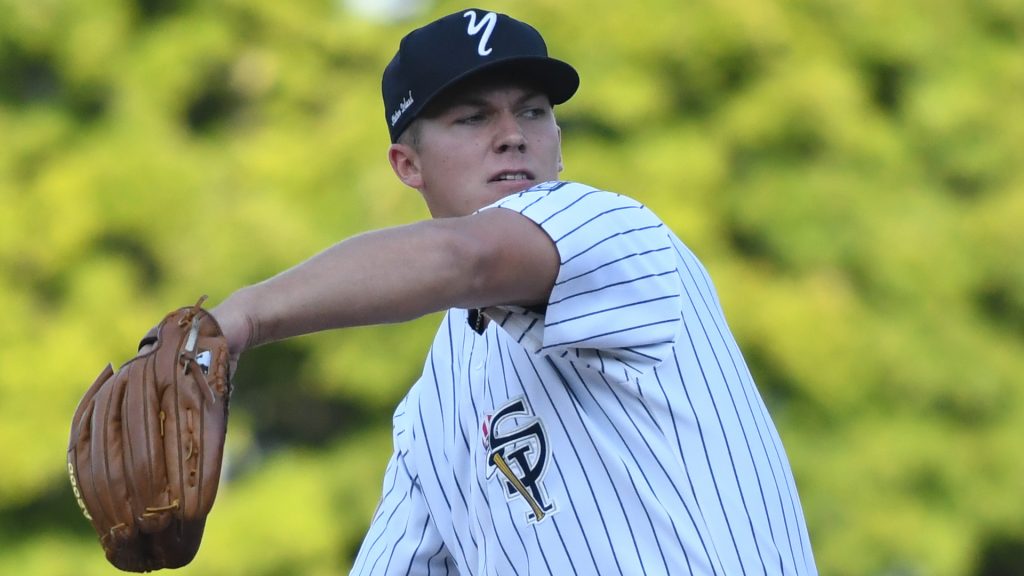 Glenn Otto took over on the mound in the sixth inning allowing just two hits and striking out three batters in 2 2/3 innings.  He was followed by Kaleb Ort who pitched an inning, allowing a run on three hits and struck out one batter before handing the ball over to Eduardo Rivera.  Rivera pitched to just one batter and earned the save.

The Staten Island Yankees and Hudson Valley Renegades will meet up again on Tuesday, September 12, 2017.  Juan De Paula will get the ball for the Yankees while Brandon McKay will take the mound for the Renegades.