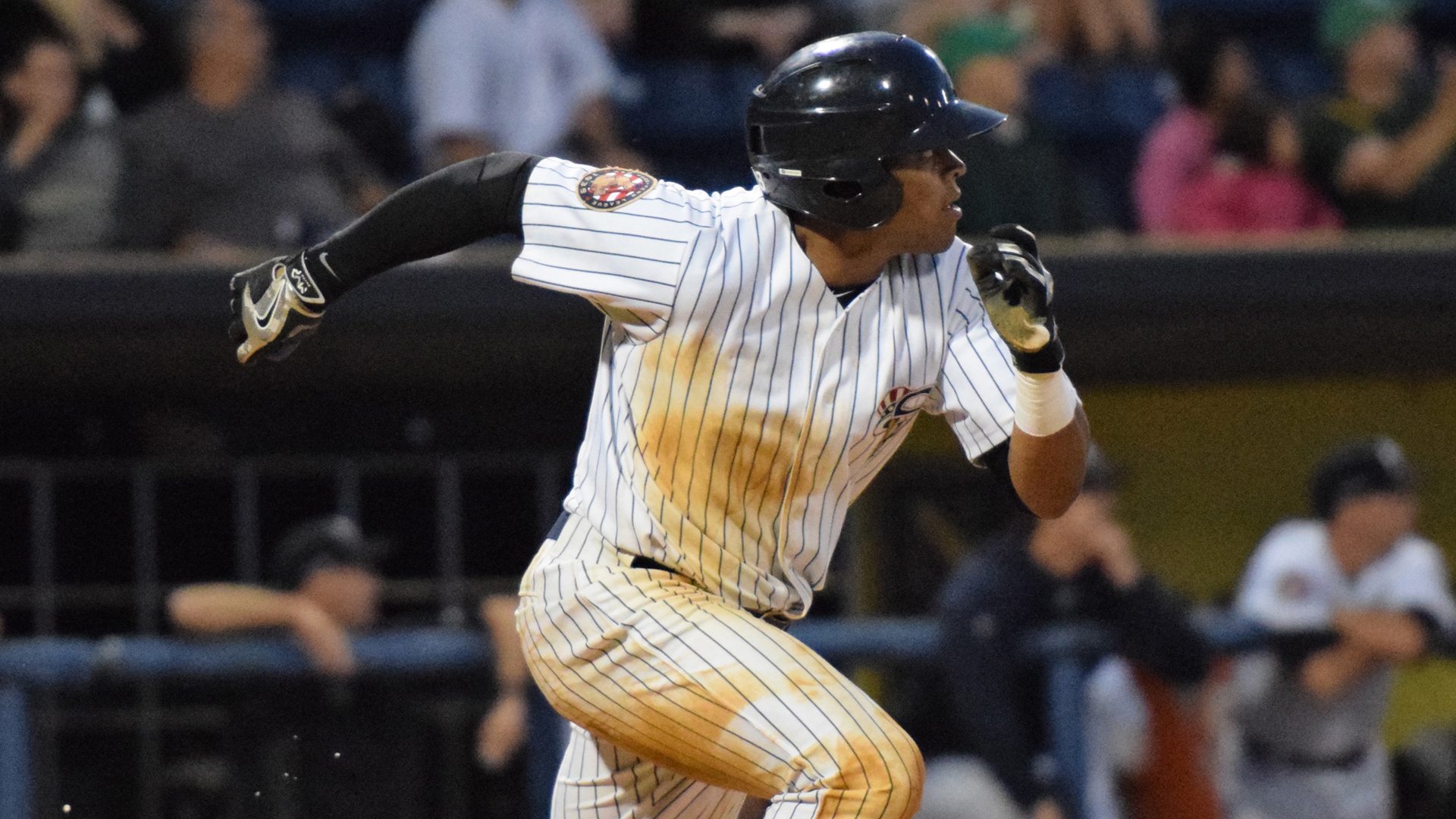 WAPPINGERS FALLS, NY-The classic quote dictates that success is earned, not given.

Opening Tuesday night’s game with the Hudson Valley Renegades with a whopping five unearned runs, the Staten Island Yankees probably beg to differ, at least for one night.

Timmy Robinson tallied 5 RBI’s, and Simon De La Rosa pitched 5 ⅔ innings, as the Yankees enjoyed a rain shortened 12-6 victory on Tuesday night. The game was called due to inclement weather in the Top of the 7th inning, as torrential downpours struck the Hudson Valley. Unlike their Bronx brethren, Staten Island didn’t have to wait long as the game was ended after a half-hour delay.

The game got off to a kooky start from the very first frame. After Ricardo Ferreira led things off with a single and stole second, Nick Solak grounded into a fielder’s choice, but a throwing error by Hudson Valley SS Joseph Astacio, trying to throw out an advancing Ferreira, allowed the Yankees to continue a first and third, no out rally. Mandy Alvarez opened the scoring up with an RBI single, shortly before two errors on one play by Astacio allowed two more runs to score. But even the Yankees weren’t exempt for miscues in the opening stanza, as Kendall Coleman, initially appearing to hit an RBI double, was called out after a Hudson Valley appeal, after umpires determined that Coleman had not touched 1st base. The runs, however, counted, and Staten Island owned a healthy 5-0 lead, built on unearned runs.

Of the seven innings in which they took the bat, Staten Island scored at least one run in four of them. It was a banner night in particular for Robinson, who ended the night 3-for-3, with two doubles, a single, and a sacrifice fly. With 5 RBI’s on the day, Robinson, whose RBI tally is already 13 in his first 9 games, passed Daz Cameron of fully rained-out Tri-City for the New York-Penn League lead in RBIs. Adding two of his own, Alvarez is currently standing at 9 RBIs, good for a third place tie in the NYPL.

While it was certainly the offense’s time to shine on Tuesday night, the Baby Bombers enjoyed a solid outing from starting pitcher Simon De La Rosa (2-0), who allowed no hits through his first 3 ⅔ innings. He remained in the game until Hudson Valley’s final batting portion in the bottom of the 6th, when the skies began to open up. The Renegades put five runs in the frame, but Jonathan Padilla shut down the rally for the final out, snuffing out hope of a monstrous comeback. Staten Island got runners in scoring position in the top of the 7th, but heavy rain, and later lightning, made continuing the game impossible, with Staten Island threatening for more runs and Robinson at the bat seeking more RBIs.

With clearer skies in their forecast, the Yankees, leading the McNamara Division over 2nd place Brooklyn by 4 games, will now welcome the Renegades (4-8) for a single game in Richmond County before concluding the trio with Hudson Valley back in Wappingers on Thursday.