The New York Yankees held their final Summer Camp workout Tuesday at Yankee Stadium ahead of opening day. They will work out at Nationals Park on Wednesday and open their 2020 regular season against the defending World Series Champion, Washington Nationals on Thursday at 7:00 PM.

Aaron Boone, Clarke Schmidt (Optioned to Scranton) and J.A. Happ (4th Starter) all met with the media on Wednesday afternoon.

Aaron Boone first started out by giving an update on Masahiro Tanaka, who threw a bullpen session on Wednesday and stated he felt good. Boones stated that he thought Tanaka looked strong, his fastball had life to it, and his stuff was pretty good. Boone stating that it was an important step to get back out there and face live hitters for the first time since being hit by the line drive. Boone stated that he was really encouraged by what he saw from Tanaka. 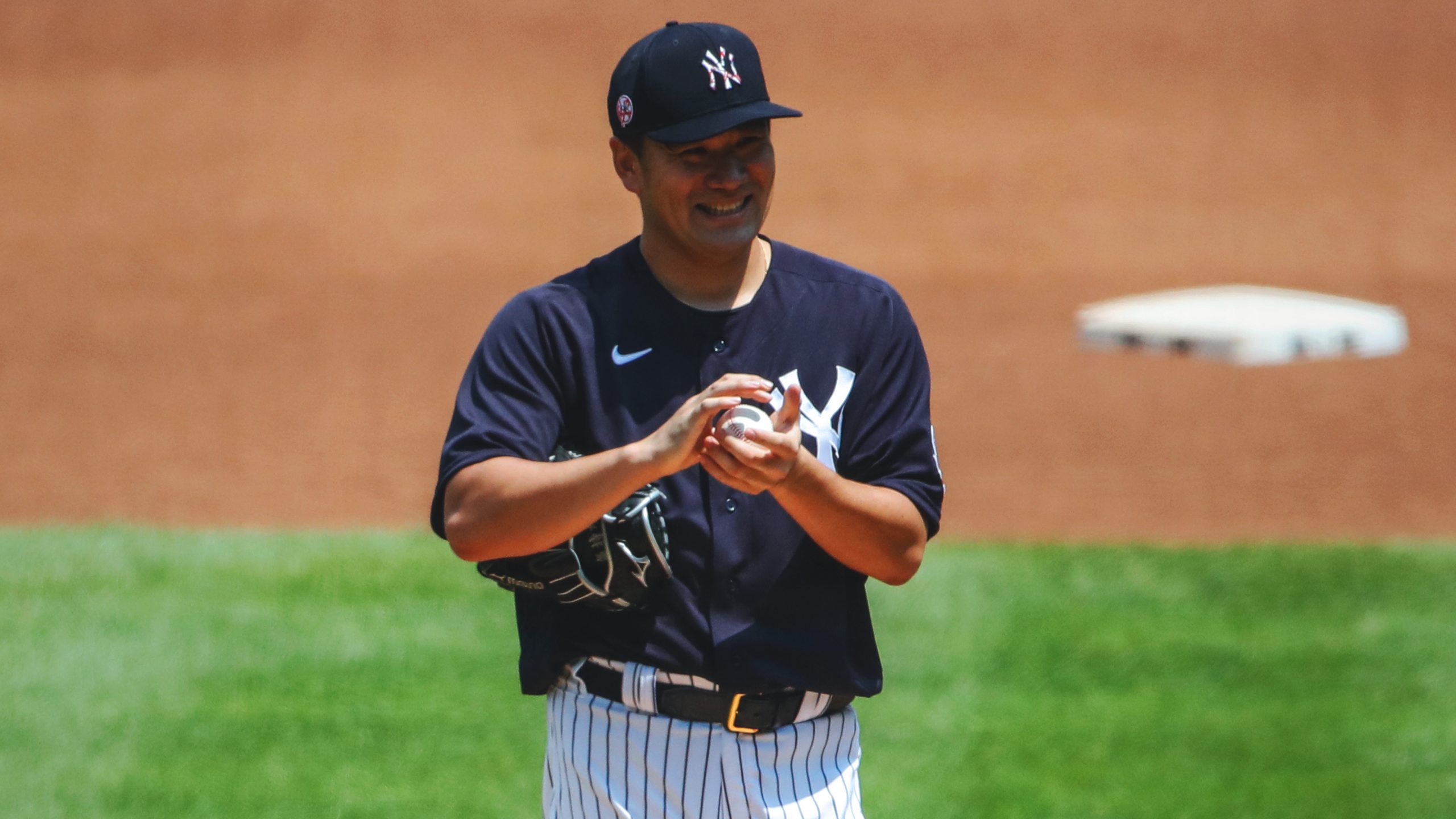 Moving forward Tanaka will go on a five-day, with a bullpen session between. He will throw in Scranton and increase his count to 35-40 pitches, then has the potential to possibly rejoin the Yankees toward the end of July.

Aaron Judge spoke in his press conference about the feeling of being eliminated from playoffs early last season, saying he told the guys not to forget that feeling and to use it as fuel. Boone stating, “It was one of the most heartbreaking, emotional times of my sports career. It was such a life, raw moment. The closeness that existed with that team, the belief that all the way until the end we were going to win is how everyone felt.” “I do remember Judge saying that to us and that added to the sting, how real that moment was, and I always feel like falling down adds another log to the fire,” stated Boone.

When asked if he is now more focused on the regular season versus learning all of the Coronavirus protocols, Boone stated that the past three weeks have been good for the organization and getting to play exhibition games, including games away from Yankee Stadium have been a good learning experience and dress rehearsal for the season, how it works, how the players get into the field, how they eat, how everyone interacts with each other, and how they setup meetings. “I feel very much that we’re ready from a baseball standpoint and I feel like our focus is not only on that, but we should be fine in locking in,” stated Boone.

Earlier Tuesday, the Yankees made a number of roster moves as the Yankees narrow in on their 30-player roster for opening day. Those moves included Michael King making the roster, while Deivi Garcia, Clarke Schmidt and others were optioned to the Taxi Squad in Scranton.

Boone took some time to speak about these players and what he’s seen from them.

He started with speaking about Michael King, who has officially made the 2020 Roster and will be with the team in Washington. Boone stating that last season for him got cut short and this year he came into Spring Training and was working through some things, getting his delivery righted and working on his mechanics. Boones stated that King came into Summer Camp from a make the club standpoint in a really needing to show something, and he more than delivered and did that. Boone stated that he’s in a great spot right now, throwing the ball really well, and has the chance to really impact the club this season.

When speaking about Deivi Garcia, Boone did state that he has been optioned to Scranton. “This is a young guy that had so much success last year, but still has some development to go. This will be an important time for him to continue to develop and iron out his delivery and repertoire. His talent will allow him to get here. It’s an important time to continue to prove himself down there and keep himself in the conversation,” stated Boone.

Boone closed out talking about Clarke Schmidt, stating that he has not made the roster YET. Schmidt was highly touted coming into Spring Training and Summer Camp and that he has delivered in every way. Boone stating that Schmidt has been excellent and continued to be excellent in his live BP session on Wednesday. He stated that for a guy who does not even have a lot minor league experience, he’s a pretty polished pitcher. “Hopefully he’ll go down there and continue to develop and pitch,” stated Boone. “He’s very much in the conversation to be with us at some point this season, and I wouldn’t be surprised if at some point he is playing with us and in an important role,” stated Boone. 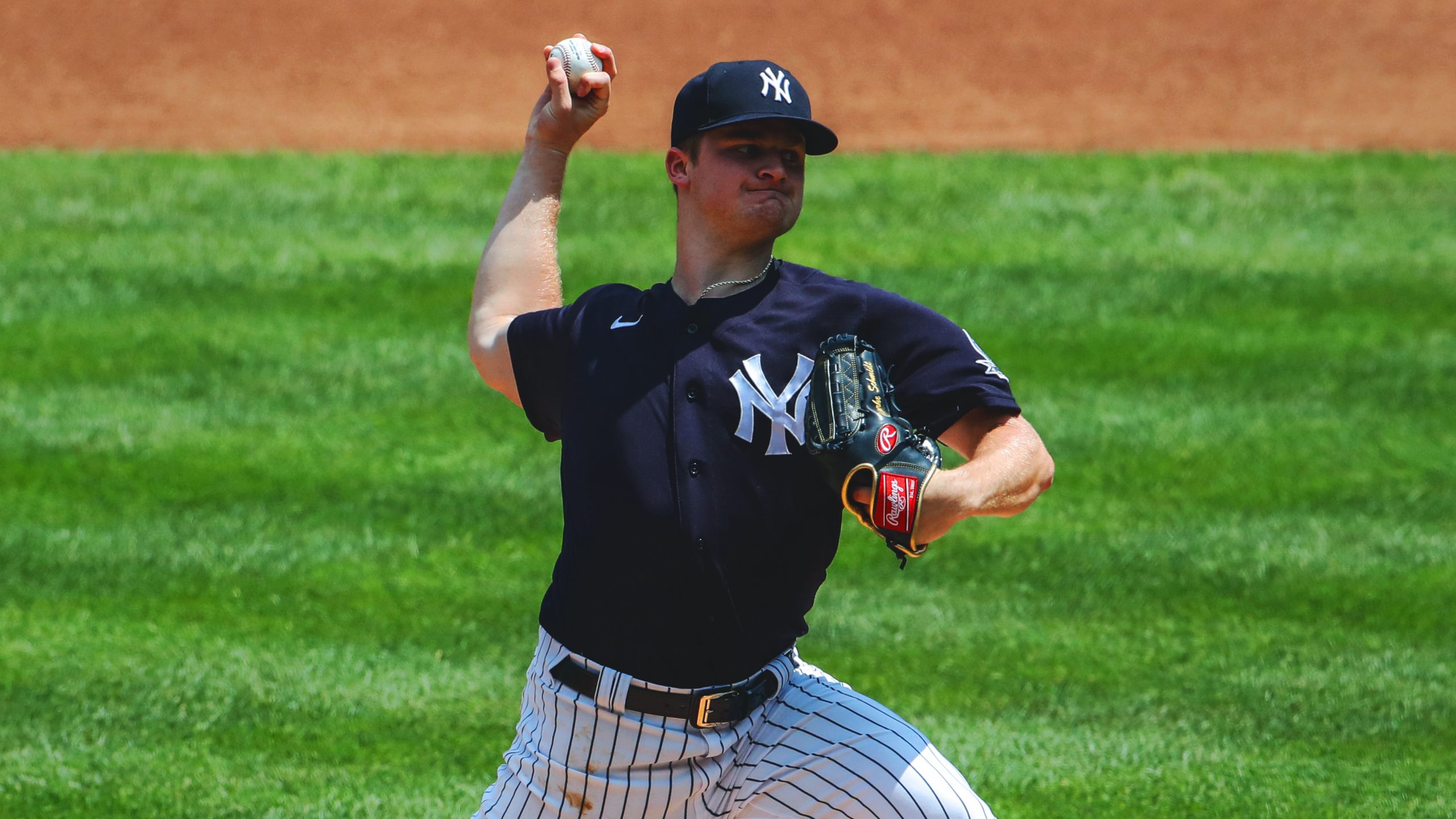 Clarke Schmidt also spoke with the media on Tuesday after his live BP outing. He stated that today was treated just like another game experience for him and that he wanted to go out and be able to get face these guys, pound the zone and be the kid that continues to get outs and proves himself.

He was asked what he learned and will take away from this Summer Camp. “I learned a lot,” stated Schmidt. “You learn a lot being around these guys and their work ethic. I resemble myself to a lot of these guys the way they work and prepare for their outings,” stated Schmidt, who stated that it’s about being diligent and consistent with your work ethic and the work you put in on the field, as well as in the training room and weight rooms. Schmidt also stating that he learned he can compete at this level and get outs at this level as well. “I felt like I faired very well and was very comfortable. I was not out of sorts at all and had a lot of good takeaways as far as competing and getting guys out at this level. It was a lot of fun for me,” stated Schmidt.

When asked when his confidence really clicked in, Schmidt stated that he’s always had that confidence and the chip on his shoulder. “Every outing is another outing and wanting to prove myself,” stated Schmidt. “You’ve gotta be proven every single time you go out there and continue to be consistent,” stated Schmidt. He stated that his first live batting practice he threw in Tampa was when he felt like he belonged. He stated he got a lot of reassurance from the guys and his mentality. “It makes you hungrier and hungrier every time you’re out there,” stated Schmidt.

As far as challenges moving forward this season and staying ready, Schmidt says he’ll treat it like every other season, and do the same things day in and do out. He will be ready for anything. “I’m always going to be on my toes and ready to go at any moment,” stated Schmidt.

Schmidt closed out his press conference talking about the opportunity to pitch for the Yankees at the Big League level and what that feeling is going to feel like when it comes.

“I’ve thought about that more than most people would,” stated Schmidt who said it’s hard to express and visualize that feeling. “In reality, I don’t know what that moment’s going to be like,” he said. “I can have my ideas and sculpt around it.” Schmidt stated that he’s visualized that moment his whole life and has and continues to want it more than ever. “Being around these guys and in these moments pitching on this field in this stadium has fueled my hunger. It’s like a burning desire to be up here with these guys and be able to compete. The most storied franchise in all of sports, there’s nothing than wearing the NY across your chest and having that hat on or the pinstripes; I think it’s just a different feeling than wearing any other uniform. Being around these guys is very motivating for me,” stated Schmidt, who will start his season in Scranton, but according to Boone, wouldn’t be a surprise to be called up at some point this season. 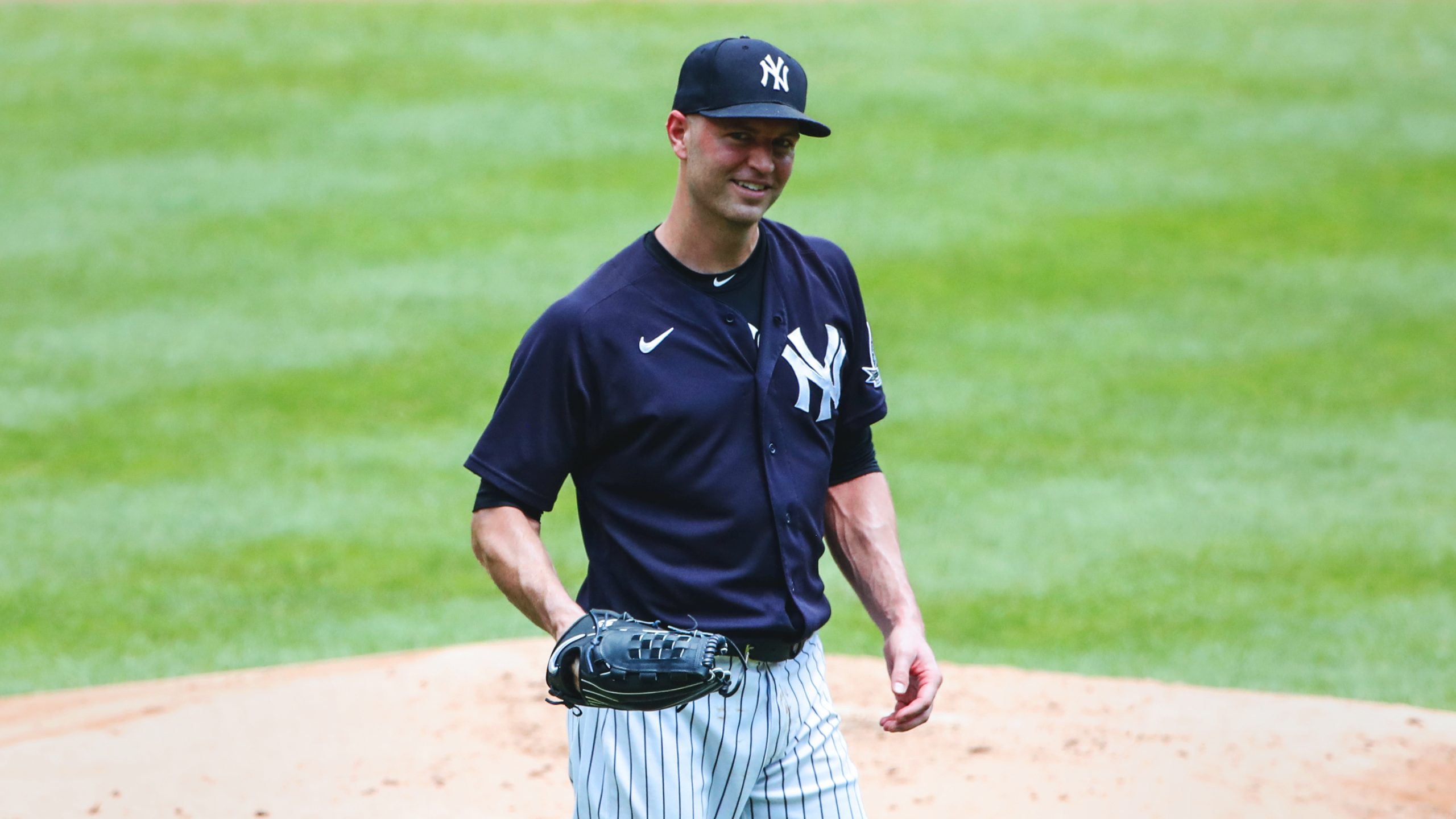 J.A. Happ threw a simulated live Bullpen Tuesday afternoon as well and spoke with the media after.

Happ spoke on his concerns, if any of traveling this season and fears he may have as the regular season begins. Happ stating that there’s always going to be some unknowns with traveling and that they’re going to be as responsible as well and that the team and organization is all in on that. “Our team (and teams across the league) are prepared to do whatever it takes to be as safe as possible,” stated Happ, who stated that the Yankees are all in the same direction and feel comfortable enough to play this season. He stated he respects those who have opted out because everyone is in a different situation, but that the Yankees are ready to play and try to make the season work. “We respect those guys who’ve gone the other way,” stated Happ.

When asked how he felt after his outing Tuesday and what he needs to do to stay in rhythm this season, Happ stated that he wasn’t as shapr as he would’ve liked to be on Tuesday, but that he was able to bare down and execute some pitches and get back into his deliver and sort of execute. He stated that maintaining his execution is his goal. He stated that even in an empty stadium he was able to get into a groove with simulating certain situations.

The Yankees are now headed to Washington, where they will have a workout at Nationals Park on Wednesday and then officially open their 2020 regular season against the defending 2019 World Series champion, Washington Nationals on Thursday night. That game will be broadcast on ESPN.