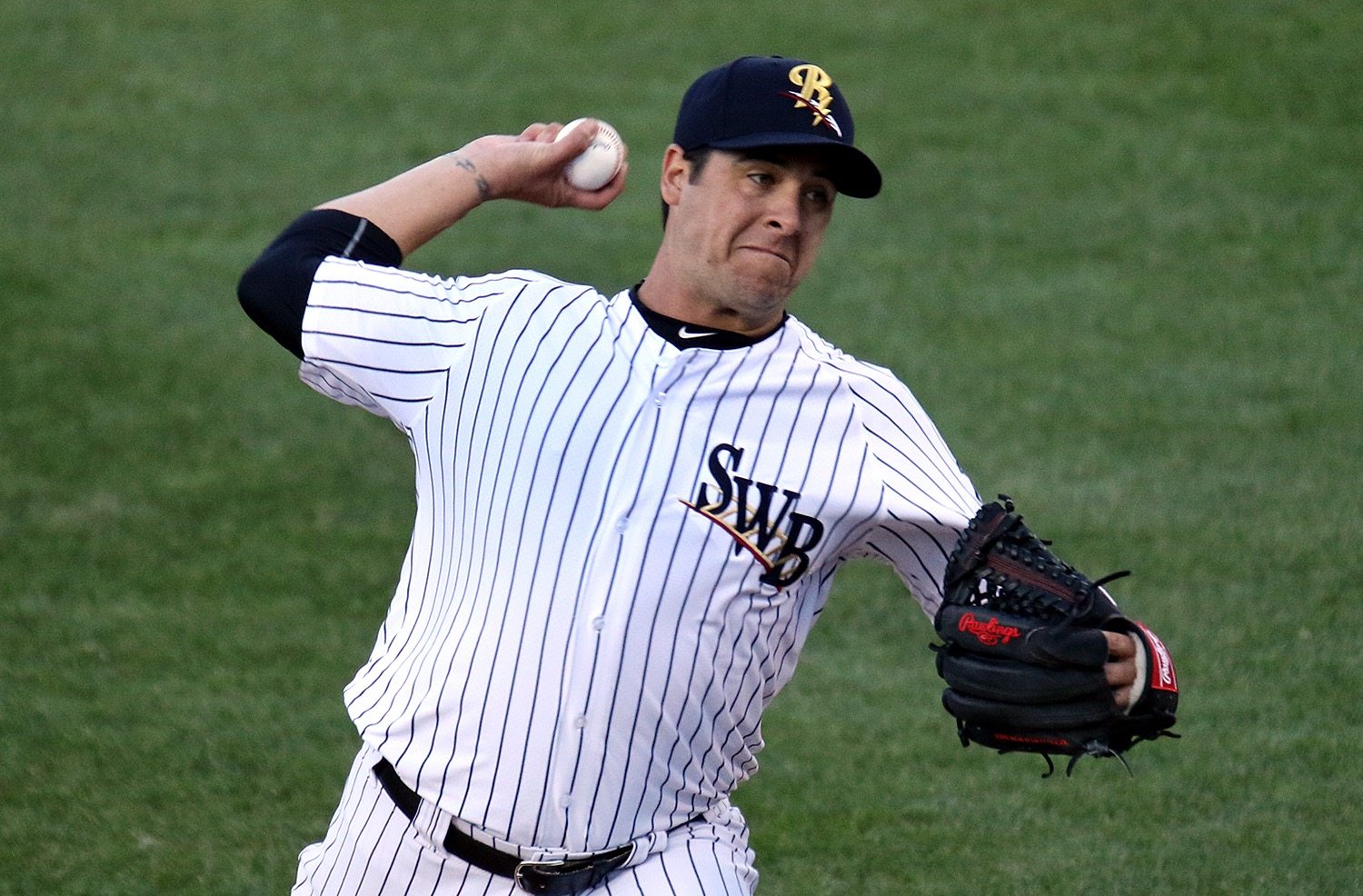 MOOSIC, PA – The SWB RailRiders (Triple-A/New York Yankees) halted their five-game losing streak by besting the Lehigh Valley IronPigs 5-2 on Monday night at PNC Field. The win gets the RailRiders (9-9) back to .500 while dropping the IronPigs (10-8) out of first place in the International League North Division.

Anthony Swarzak (1-2) became the first RailRider this season to weave together seven innings. The right-hander yielded two runs on five hits. He fanned six without walking a batter. Vinnie Pestano and James Pazos combined for two perfect innings to end the night, with Pazos scoring his first save of the year. Jake Thompson (1-3) allowed five runs on eight hits across five innings in the loss for Lehigh Valley.

Nick Swisher and Jose Rosario got SWB on the board first in the second inning by belting solo home runs out to left. It was the third in 10 games for Swisher, who is hitting .368.

Gary Sanchez cracked a two-run double off Thompson in the third stanza for a 4-0 RailRiders advantage and Chris Parmelee capped the frame with a single to bring home Sanchez from third. Parmelee finished the evening with three hits.

The IronPigs managed a run in the fourth on a two-out single by Tommy Joseph and Nick Williams homered to left in the sixth for the final margin.