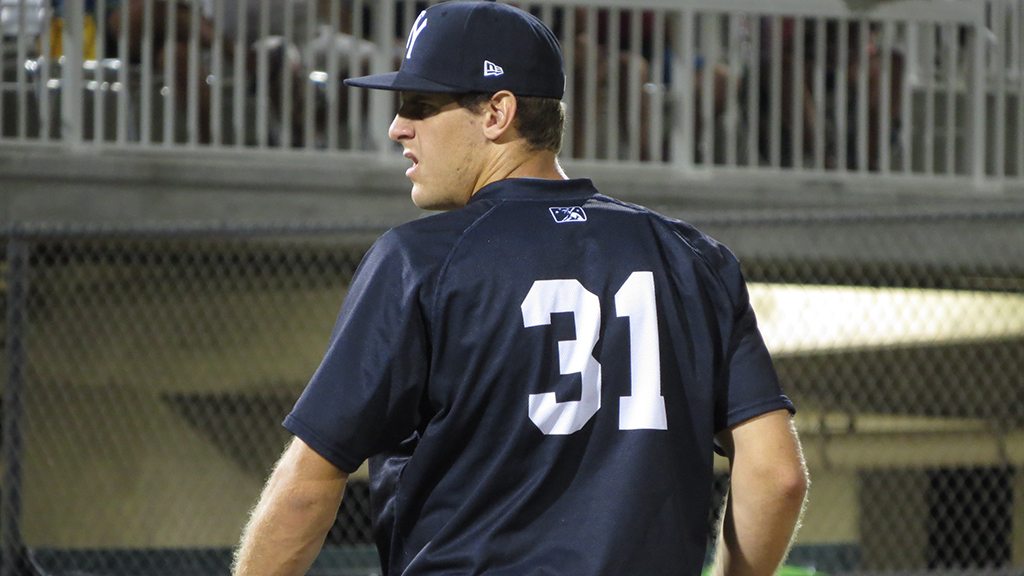 Philip Walby (Bryan Green) pitched a solid inning but the it wasn't enough as the T-Yanks fell to the D-Jays.

With the series tied at a game a piece, the Tampa Yankees and Dunedin Blue Jays were back at Florida Auto Exchange Stadium on Wednesday night. But, unlike Tuesday afternoon’s performance, the Dunedin Blue Jays pulled this win off with a walk-off in the ninth to take the 6-5 victory over the T-Yanks as well as the series win.

The Blue Jays were able to take an early three run lead in the bottom of the first which was due to consecutive doubles off of Borens.

In the top of the second the T-Yanks struck back. A single by Mike Ford and then a RBI double by Mark Payton scored one run and put a runner in scoring position at third. A RBI single by Ericson Leonora then sent Payton home. A two run homerun on a fly ball to left field by Kyle Higashioka to put Tampa up 4-3.

In the bottom of the fourth, Dunedin tied the game a t four when Jorge Saez hit a RBI single to send Derrick Loveless home.

The Jays then took a 5-4 lead when Loveless scored again this time off a single by Dickie Joe Thon.

A solo homerun by Aviatal Avelino, his first of the season, the tied the game again, this time at five runs a piece.

But, in the bottom of the ninth with Angel Rincon pitching for the T-Yans, the D-Jays would get a walk-off RBI single by Dawel Lugo to end the game.

Rincon is charged with the loss and falls to (0-3).

The Tampa Yankees will now travel to Charlotte Sports Park to start a four game series against the Charlotte Stone Crabs, beginning on Thursday.