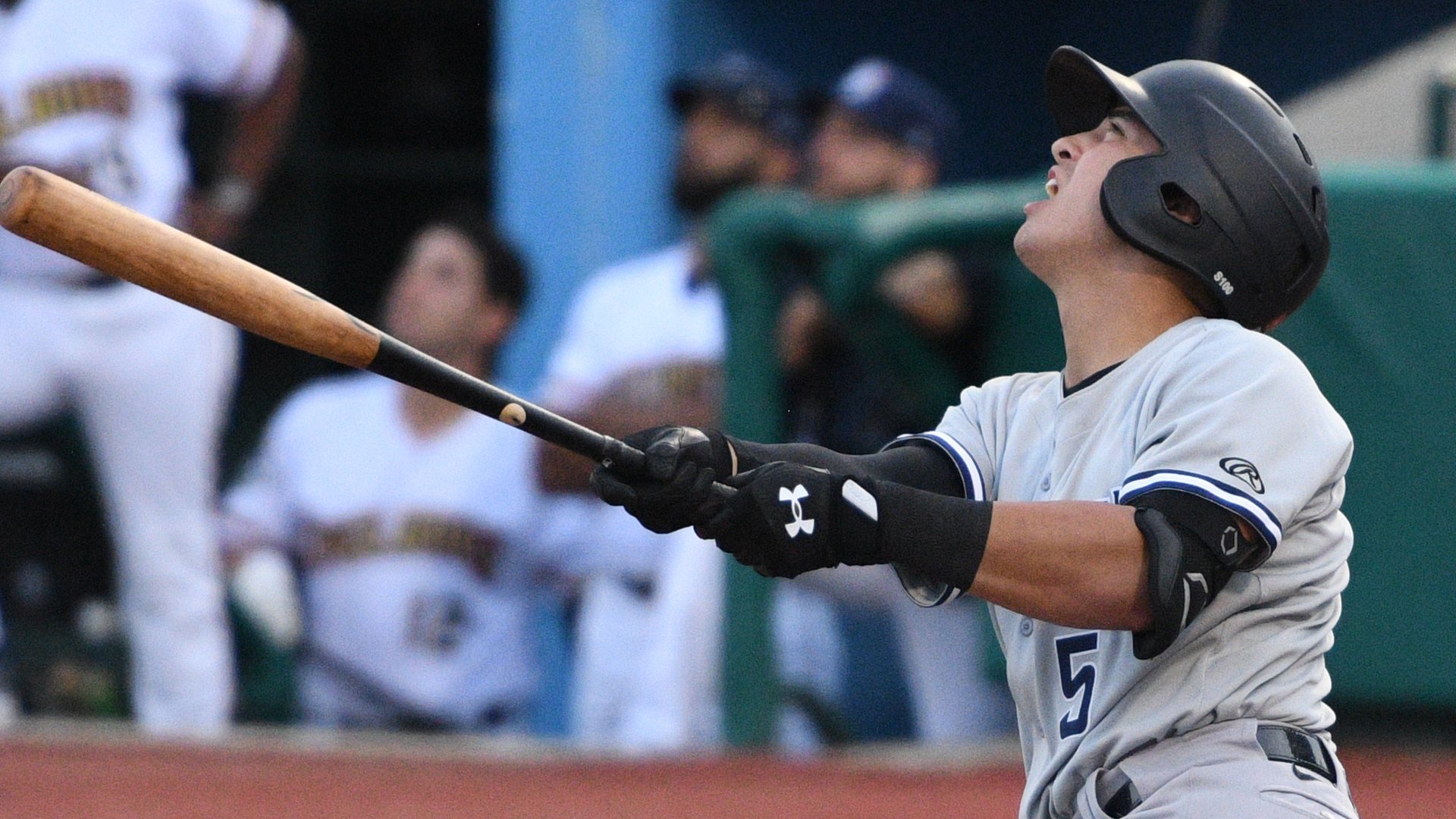 As the New York Yankees were finishing off their sweep of the Boston Red Sox on Wednesday, MLB Pipeline released their updated team top-30 prospect lists. The Yankees system has taken some upheaval in recent weeks due to trades at the deadline involving Joey Gallo, Anthony Rizzo, and Andrew Heaney.

While Pinstriped Prospects will be releasing our Top 50 prospects in the coming weeks, there were some things that stood out on this list: 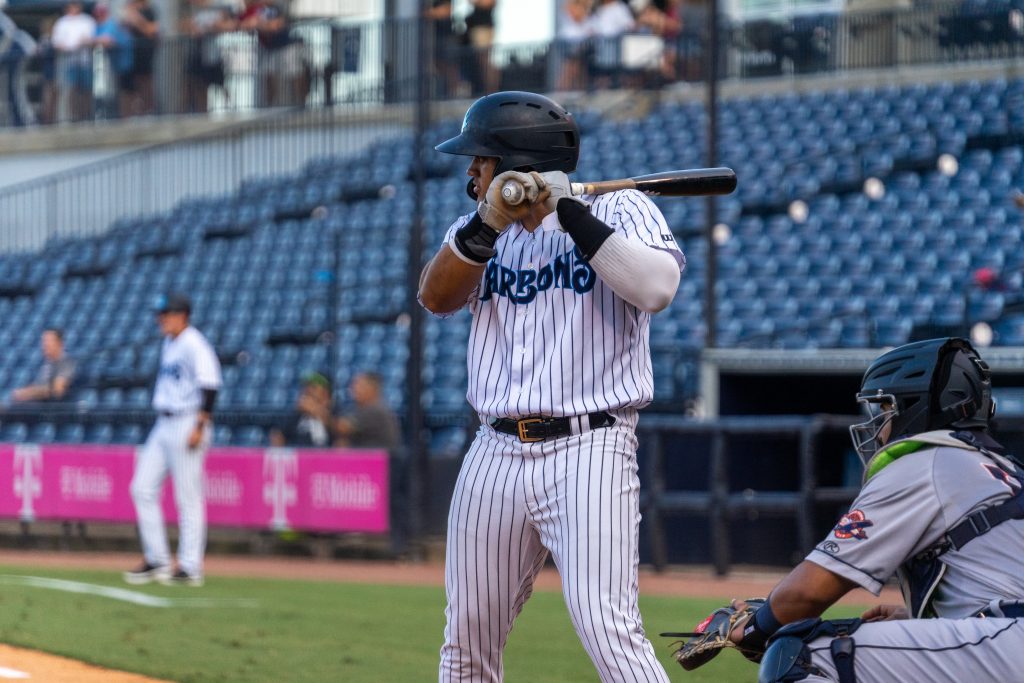 On the surface, it would seem surprising to many that the New York Yankees top prospect for MLB.com would not be Jasson Dominguez. Now, that does not mean that the 18-year-old nicknamed “The Martian” does not have unreal talent. Actually, it might be more of a testament to the year that Volpe is having.

Between time at Low-A Tampa and High-A Hudson Valley, Volpe has a slash line of .305/.438/.619 with 20 home runs, 71 RBIs, and 27 stolen bases. The speed and defense were always there for Volpe, which is what made him a first-round pick back in 2019. Now that the power has been added to his game, he has become a complete game and risen up to the 15th best prospect in the entire sport. It speaks moreso to the dedication that Volpe has put into his game over the last 12-18 months. 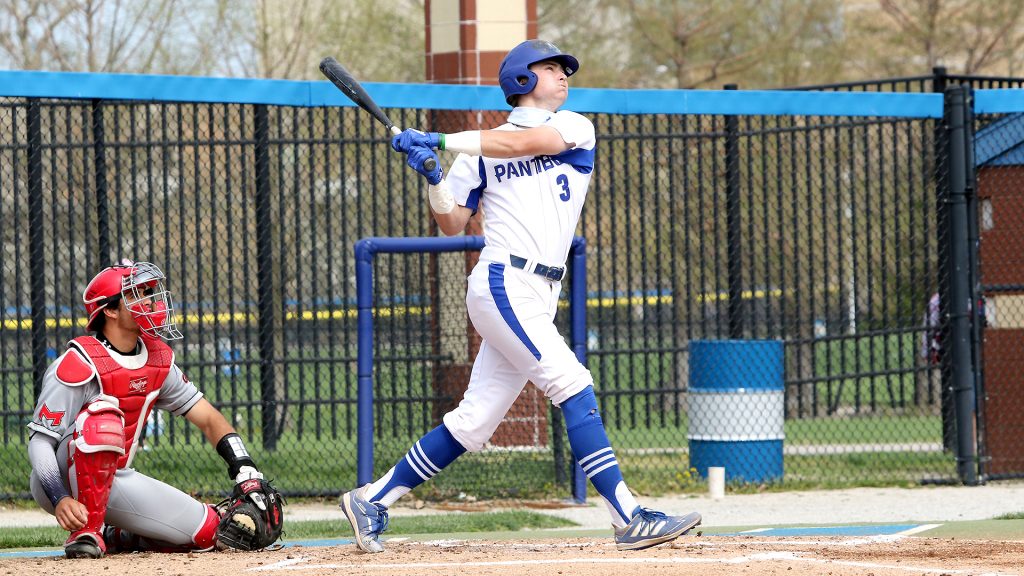 Whenever a new prospect list is released mid-season, the focus can go towards where the new draft picks fall as they enter the system. For this Top-30 list, four Yankees draft picks ended up making the list from this year’s class.

The Yankees’ first-round pick, shortstop Trey Sweeney, is the highest ranked draftee at #7. Sweeney has not lit the world on fire in Tampa with his bat so far (.179, 2 HR, 2 RBIs). However, he is getting the chance to play shortstop on an everyday basis.

After Sweeney, right-hander Brendan Beck (2nd Round) and left-hander Brock Selvidge (3rd Round) are at #14 and #17 respectively. Both pitchers will most likely not make their professional debuts until 2022, but both arms were high on the Yankees draft board and Beck could be at an advanced level in no time next season.

Finally, infielder Cooper Bowman (4th Round) just sneaks into the Top 30, which says a lot considering the depth the Yankees system has with middle infielders. Bowman is hitting .156 in 10 games in Low-A, but he has drawn seven walks and driven in five runs. 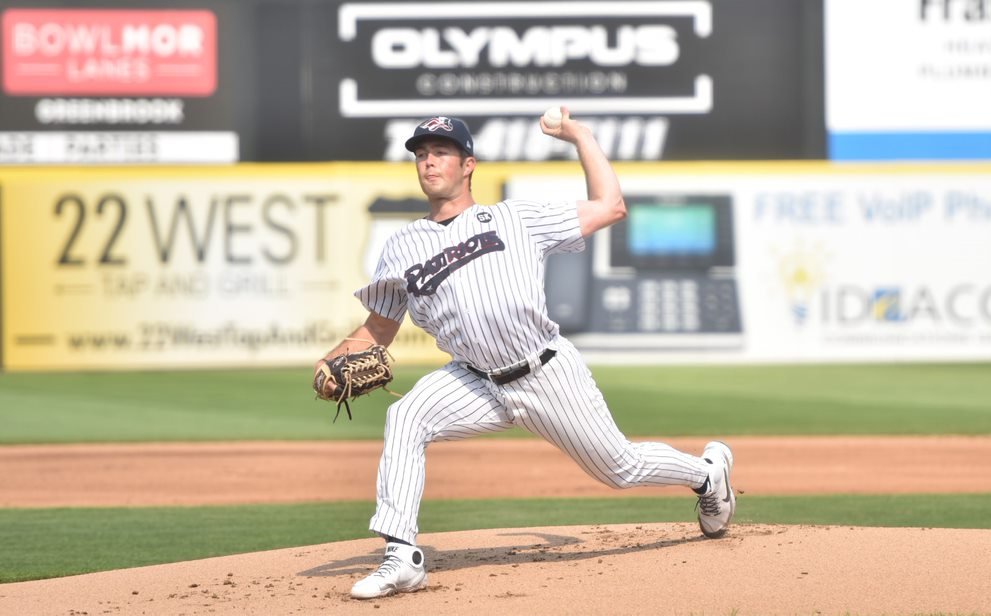 Pitchers On The Rise

Amidst all of the movement in the New York Yankees system, two names moving up on this list have to considered two of the breakout stars in the system in 2021. Left-hander Ken Waldichuk moved all the way up to the number nine spot and he has been a strikeout machine for Hudson Valley and Double-A Somerset.

In 18 games (16 starts), Waldichuk has 139 strikeouts in just 89 innings of work and he has struck out at least eight batters in in an outing nine times. Plus, he has gone at least five innings in an outing 11 different times. The 5th Round pick back in 2019 has emerged on everyone’s radar after the good season he has had.

Another pitcher who has stood out is Randy Vasquez. The 22-year-old right-hander has made 18 appearances (16 starts) for Tampa and Hudson Valley and has a 2.25 ERA while striking out 103 batters (30 walks) in 80 innings of work. Since being promoted to High-A, Vasquez has a 2.10 ERA in five starts (45 strikeouts).

Other pitchers of note on the list are RHP Hayden Wesneski (#15), who has made it up to Double-A this year and RHP Beck Way (#22). Way has established himself as one of the best arms in the Tarpons rotation over the course of the season. 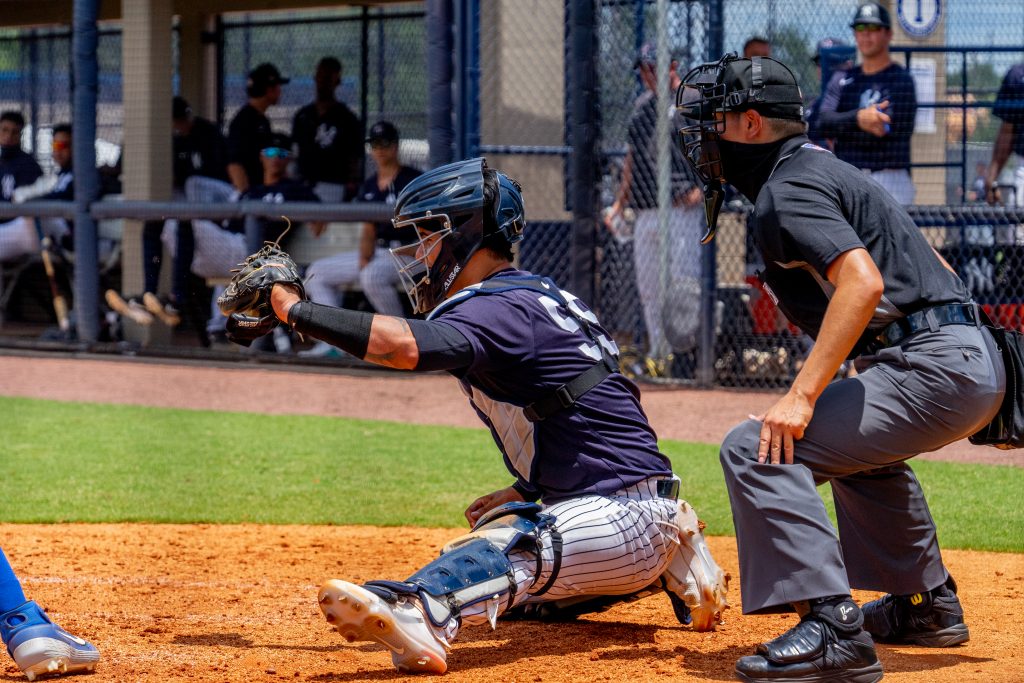 After middle infielders, catchers are a position where the Yankees have a lot of depth. In total, there are four catchers on MLB Pipeline’s list and none of them are Anthony Seigler, the Yankees’ first round pick in 2018, who has battled numerous injuries in his professional career.

The four catchers on the list are Austin Wells (#6), Josh Breaux (#18), Antonio Gomez (#25), and Donny Sands (#28). Wells and Breaux have been known for their offensive capabilities since joining the Yankees, but Gomez has been standing out because of his defense.

Down in the FCL, Gomez has a slashline of .300/.411/.444 with a home run and 12 RBIs. In terms of his defense, the 19-year-old (turns 20 in November) has caught 10 of 26 baserunners trying to steal against him. It will be interesting when the Yankees make the move with Gomez to move him up to a full-season affiliate.