Taking A Closer Look at the Yankees Spending Ways 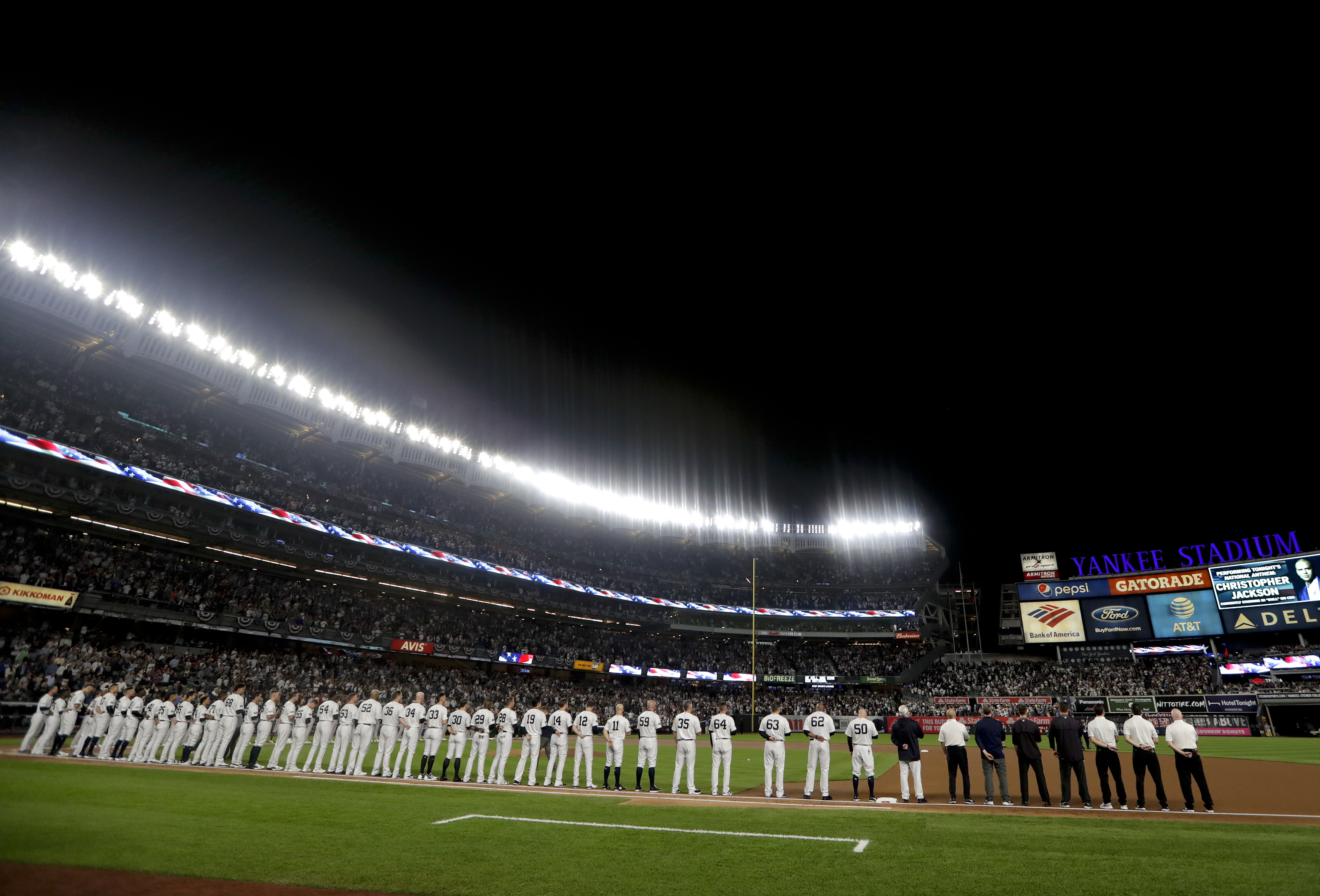 The New York Yankees stand on the field for the national anthem before playing against the Oakland Athletics in the American League wildcard playoff baseball game, Wednesday, Oct. 3, 2018, in new York (AP Photo/Frank Franklin II)

The New York Yankees are historically known as big spenders, and rightfully so. The Steinbrenner family has invested billions back into the team in facility improvements, analytics, international and domestic scouting, trades and free agents since purchasing the Yankees in 1973 from CBS for $8.7 million. Under their ownership, that number has grown exponentially to become baseball’s most valuable franchise which is currently has a valued estimation of $4 billion.

As much as some fans resented leaving old Yankee Stadium, George Steinbrenner felt it was necessary to upgrade into a state-of-the-art facility. This is why he led an effort to build the modern Yankee Stadium and paid $1.1 billion of the $2.3 billion construction costs out of his pocket. Located just one block north of “The House That Ruth Built,” “The House That George Built” was constructed and opened as the new home of the Yankees back in 2009. Since opening, the Steinbrenner family has poured in tens of millions in modernizing the stadium such as recently putting in the Plymouth Rock Kids Clubhouse, Frank’s Redhot Terrace, Toyota Terrace, and Budweiser Party Decks in both sections 311 and 328 to name a few renovations.

Led by Brian Cashman’s efforts, the Yankees have truly been able to capitalize on the new sabermetric and modern statistical analysis wave that has taken over Major League Baseball’s front offices. From boasting what is widely respected as the best major and minor league video departments to employing the largest full-time analytical staff, the Steinbrenner’s have once again invested deeply into a new direction and have green-lighted these endeavors with their personal funding of millions of their own capital. To give you an idea, the Yankees now have over 20 employees in just their analytics team while most front offices only have five to ten team personnel in this specific branch.

Hal Steinbrenner, the Yankees operating partner, has given his approval to acquiring large contracts via trade and free agency. Sure, the Yankees have passed on re-signing their own free agents in recent years such as Robinson Cano and David Robertson and restrained from signing and pitchers such as Max Scherzer, Jon Lester, David Price, and most recently, Patrick Corbin. They are also most likely soon to pass on two generational type talents in the dynamic duo of Manny Machado and Bryce Harper. In hindsight, looking back at that list the only glaring mistake was not signing Scherzer.

Yankee fans have a short memory and quickly forget how bad most free agent contracts end up when stacked on top of each other. Just a few short years ago, New York had an aging roster that simply couldn’t stay on the field and produce. Heck, even dating back to the 1998 championship team was mostly comprised of young up and coming stars such as Derek Jeter, Bernie Williams, Mariano Rivera, et al.

Let’s take a closer look. If you do the research and briefly reflect, the Yankees payroll didn’t skyrocket until after winning during the dynasty years. The Yankees truly have one championship that was won in 2009 with a salary in the $200 million range. In baseball, money doesn’t buy championships. I am not naïve; it sure helps you be and stay competitive on a consistent basis. However, it is not the end all be all.

Taking a look at today’s market and this off-season, the Yankees have figured out how to spend smarter and re-invest the money in new ways that will also help the organization in the future, not just the present. Only time will tell if passing on Harper, Machado, etc. was the right play. In the meantime, fans should give ownership a break and realize that the organization is in a great position to succeed now and in the future. I will go as far as saying, the current state of the Yankees is more promising now then it was anytime in the last ten years.

Internationally, the Yankees have made smart lower cost signings that will pay extreme dividends shortly. Players such as Domingo Acevedo, Estevan Florial, Luis Medina, Deivi Garcia, Everson Pereira, RoansyContreras and Osiel Rodriguez (to name a few) will climb up the prospect rankings in the next two years. To most, they aren’t household names yet because they are so young and currently reside in the lower level of the minor leagues.

Domestically, the Yankees are valuing their draft picks more and have become more efficient in this department over recent years. Aaron Judge and Dellin Betances the poster boys of the Yankees most successful drafts pick since Derek Jeter; however, the Yankees amateur scouts have really upped their game over the last decade. A lot has been invested in “futurizing” the way things are done, and it has already seen promising returns. Look no further than this week’s trade for proof. Cashman just acquired a compensation round draft selection from the Cincinnati Reds as the main portion of the Sonny Gray return, thus giving Damon Oppenheimer another early selection this June. If that doesn’t show trust and where the organization’s priorities lie, I don’t know what does.

The prime trending way to build a contender nowadays’ is via trade. New York has been more successful and efficient than any other franchise at doing this. Ownership has really trusted the Yankees front office and pro scouts by approving multiple franchise-altering trades. Giancarlo Stanton, Aaron Hicks, Clint Frazier, Luke Voit, Didi Gregorius, Gleyber Torres, James Paxton, and Chad Green are the most recent names that have been acquired that are still thriving in the organization. All of the names above are impact players that boast some of the best talents in the major leagues.