Tampa Comes Up Short In 4-2 Loss To Lakeland 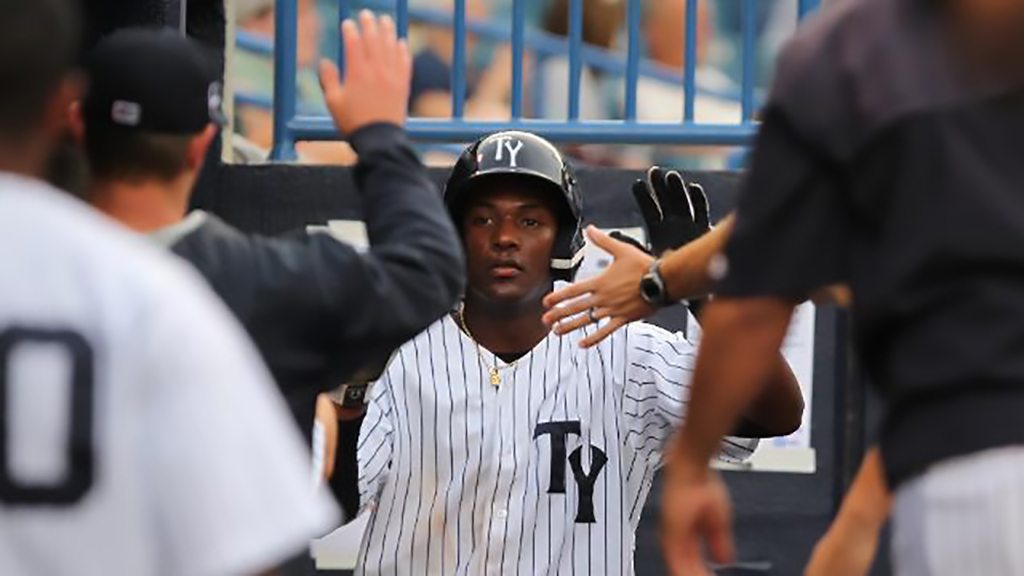 Miguel Andujar went 3-4 with a double and an RBI. (Mark LoMoglio/Yankees)

Tampa – The Tampa Yankees (2-2) brought the go-ahead run to the plate in the ninth inning but failed to rally back in a 4-2 loss to the Lakeland Flying Tigers (2-2) on Sunday night at George M. Steinbrenner Field.

A pair of two-run innings provided all of the offense the Flying Tigers needed.

The T-Yanks brought up LHP Derek Callahan (0-1) from extended spring training to make the start. The southpaw surrendered two runs on four hits in four innings of work. Callahan allowed three walks while striking out four in the loss.

A two-run home run by Jiwan James proved to be the game-winning hit for Lakeland in the seventh. Powell hit a leadoff single against RHP Giovanny Gallegos and scored two outs later as James sent a pitch into the Walgreens Deck in right field.

RHP Tommy Collier (1-0) faced one batter over the minimum in his five shutout innings. Collier allowed a walk in the second (erased by a double-play) and a single in the fourth, striking out five along the way.

Tampa managed to get those runs back in the home half of the seventh. Danny Oh singled off RHP Matt Davenport and stole second. Miguel Andujar followed with an RBI double. Andujar later scored on a groundout by Matt Snyder.

A pair of singles by Oh and Andujar brought the go-ahead run to the plate in the bottom of the ninth against RHP Confesor Lara. But Mike Ford struck out and Lakeland brought in southpaw Joe Rogers to face Matt Snyder, who struck out to end the game.

Oh and Andujar collected all five Tampa hits, with Andujar going 3-for-4 (2B, RBI, R) and Oh collecting two late singles (2-for-4).

The T-Yanks begin a four game series with Fort Myers on Monday at 7:00 p.m. in Tampa. LHP Conner Kendrick will make his first start of the season for the Yankees as RHP Ryan Eades gets the nod for the Miracle.

Every Monday Tampa Yankees home game, all Military will receive FREE admission with a valid military I.D. All fans can enjoy half price burgers and chicken tender baskets from 6:00-8:00 p.m.