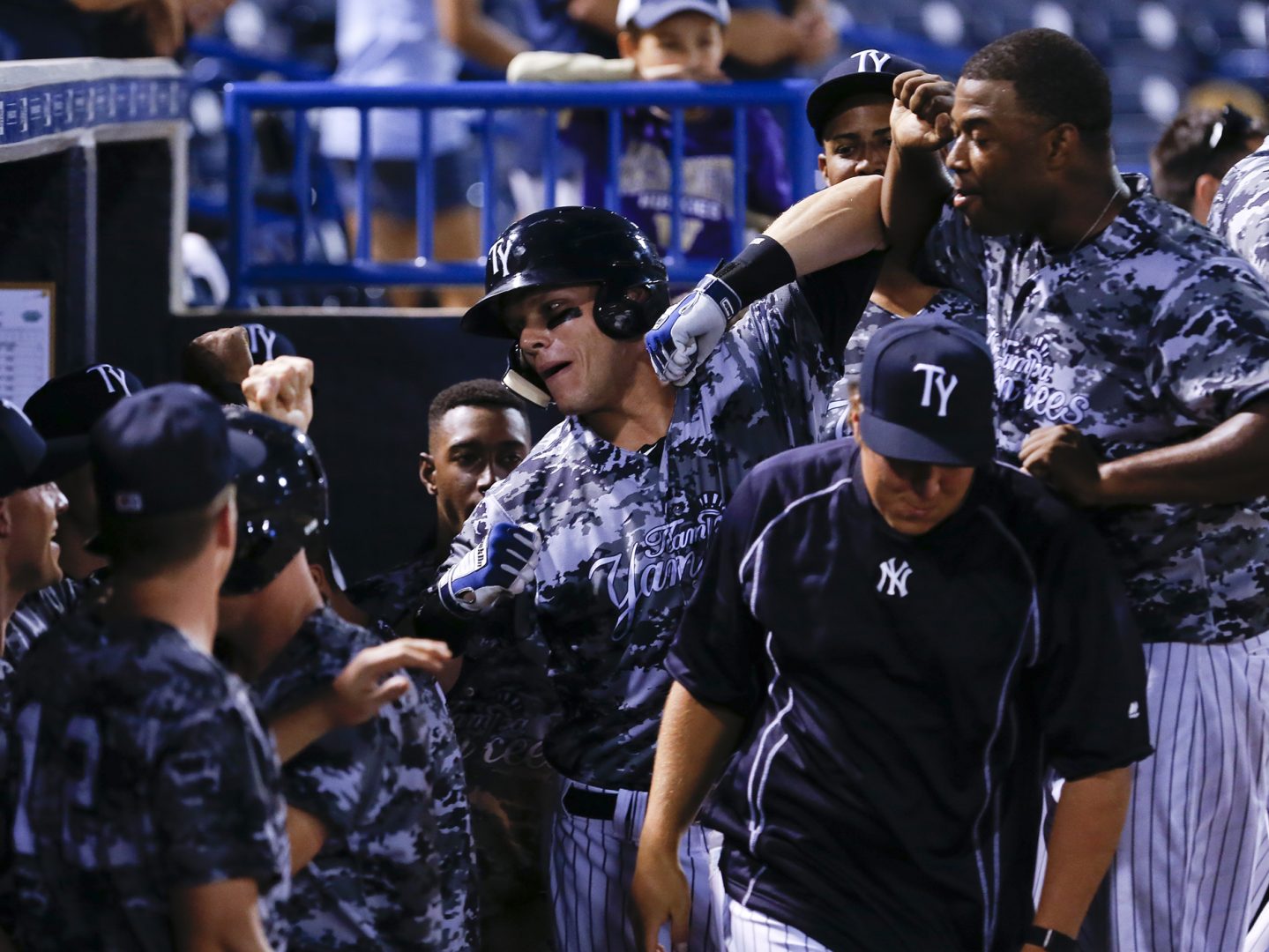 TAMPA, Fla. – Matt Snyder and Jhalan Jackson both homered as the Tampa Yankees (10-13) overwhelmed the Daytona Tortugas (12-11) with a 12-1 victory on Saturday night at George M. Steinbrenner Field.

Tampa had averaged under two runs per game during its eight-game losing streak that ended with Friday night’s walk-off win in the series opener. Not only did the Yankees acquire a new season-high in runs but also hits (13), extra-base hits (five) and walks (seven). Every Tampa batter recorded a hit.

Similar to Friday, the Tortugas opened the scoring with two-out hitting. Nick Senzel doubled into left-center and scored on an RBI single by Gavin LaValley.

Josh Rogers (W, 2-2) did not surrender much after that. The southpaw tied his career-high with eight strikeouts in his fourth consecutive quality start, yielding one earned run on four hits in seven innings of work. Rogers issued only one walk and threw 60 of 89 pitches for strikes.

Tampa promptly gave their starter all the run support he needed, erupting for six runs in the second.

Trey Amburgey legged out a leadoff infield single and scored on a double by Snyder. Two outs later, Sharif Othman lined an RBI single into center. After a walk by Jorge Mateo, Othman advanced to third on a wild pitch. With runners on the corners, Daytona starter Ty Boyles made a pickoff throw to first base. On the throw, Othman broke for the plate, stealing home.

Nick Solak continued the inning with a walk and Mateo scored as Tito Polo beat out an infield single. Both Solak and Polo crossed the plate when Chris Gittens, the ninth batter of the frame, lined a double to the wall in right-center.

Bowles (L, 1-2) surrendered six earned runs on eight hits and two walks in three innings, tossing 42 of 76 pitches for strikes while not logging a strikeout.

Gittens walked to open the bottom of the fifth against RHP Austin Orewiler. One out later, Snyder singled into right and Jackson clobbered a three-run home run over the wall in left-center, giving the Yankees a 9-1 lead.

Amburgey hit a one-out single off of RHP Sandy Lugo in the seventh and scored when Snyder sent a ball well over the right field wall for a two-run home run. The ball appeared to exit Steinbrenner Field on the fly.

Tampa added its final run off Lugo in the eighth when Mateo walked and scored on an RBI double by Solak.