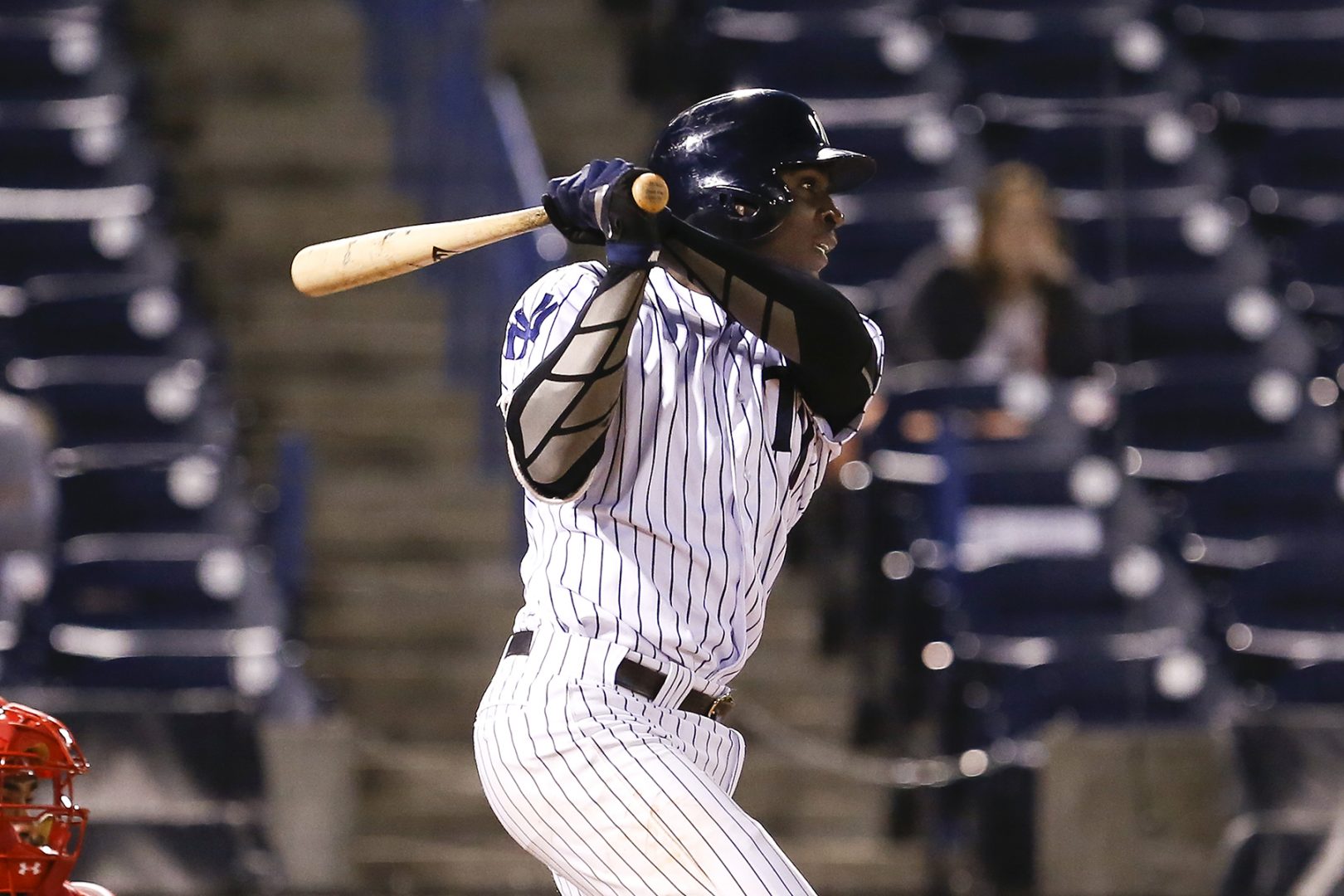 The Tampa Yankees started their six-game homestretch taking on the Clearwater Threshers who sit at the top of the Florida State League North. On the mound, making his Tampa Yankees debut was Albert Abreu who held a 1.84 ERA for the Charleston RiverDogs. Abreu joins a rotation led by Ian Clarkin and Zack Littell, who both are carrying sub 2.00 ERAs for Tampa as well. The Yankees’ biggest concern has been hitting, and it’d continue today against Seranthony Dominguez who was carrying a 0.60 ERA into today’s game for the Threshers.

Abreu started the game striking out the first batter with continuous heat, and he’d maintain that throughout the game. His fastball sat at 97 for a majority of the game and hit 99 mph at its peak. He was able to hold the 97 and 96 speeds throughout his seven innings pitched. He did a stellar job of mixing his curveball in, those sat mainly at 79 and 80 mph. The one run he’d give up would come in the second from two singles in the second inning. He only had four strikeouts, but he took batters into two-strike counts 14 times (including the four Ks). The third pitch is something he needs work on, a fastball and curveball won’t do it, he started throwing his changeup more as the game went on, but it’s not something he used much on deeper counts. 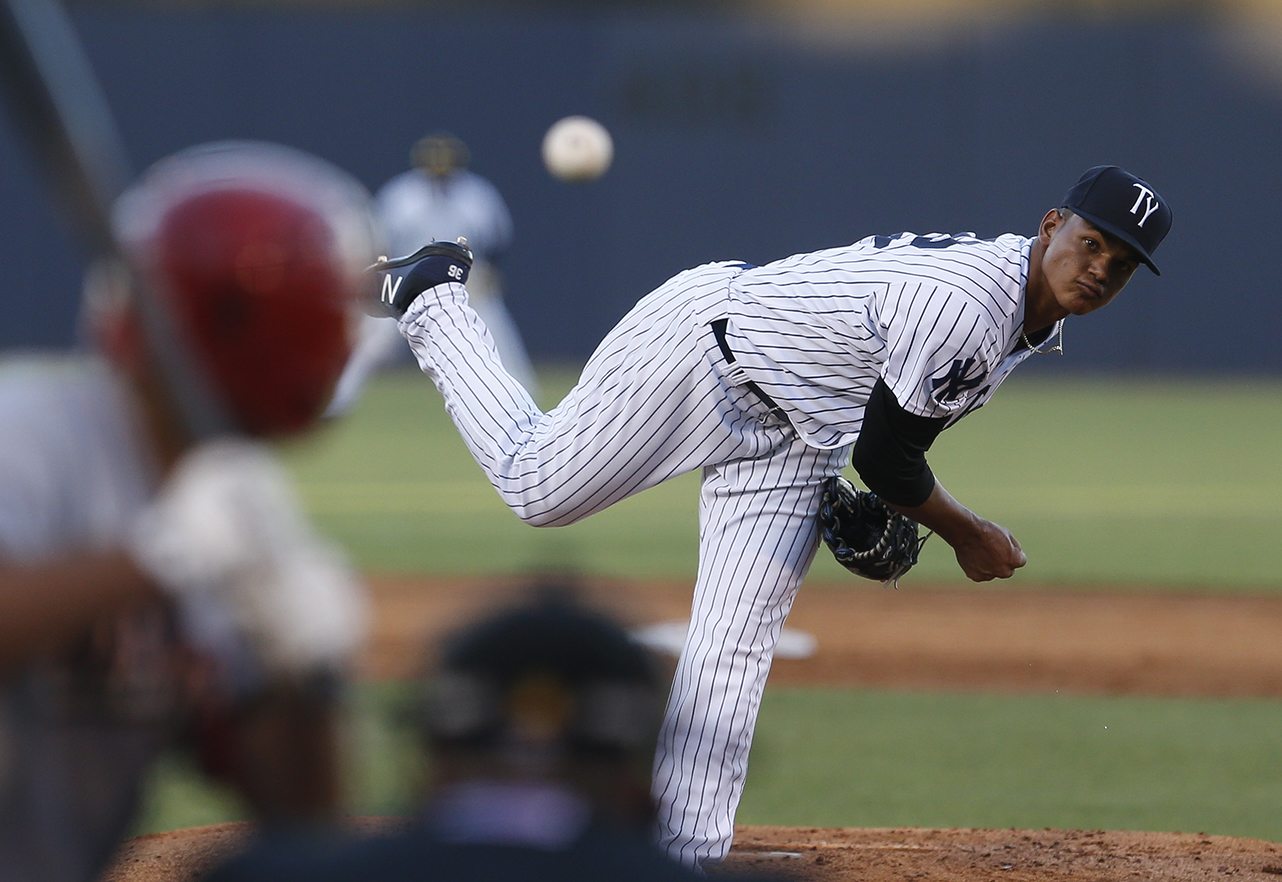 Albert Abreu was impressive in his Tampa Yankees debut, allowing just one run over seven innings of work ( Mark LoMoglio/Yankees)

Abreu’s debut was already one of the Tampa Yankees’ best starts this season. I stated in yesterday’s ‘T-Yanks notes‘ that he’d be pitching with a whole different lineup behind him, a lineup that has been struggling nearly every game. That narrative held true as Didi Gregorius had the Yankees’ only run with his solo blast in the first inning. Nick Solak who has also been hitting better had a pair of singles himself. However, six hits wouldn’t do much as the Yankees fell 5-1, Hobie Harris who had only given up a run before tonight’s game had ‘one of those days’ and gave up four runs on six hits.

Tomorrow, the Yankees will again try to stop the bleeding with Domingo Acevedo on the mound. He’s coming off his best start as he went six innings giving up only two runs in his last performance. Tampa’s success depends fully on the offense at this point as the pitching can only do so much.