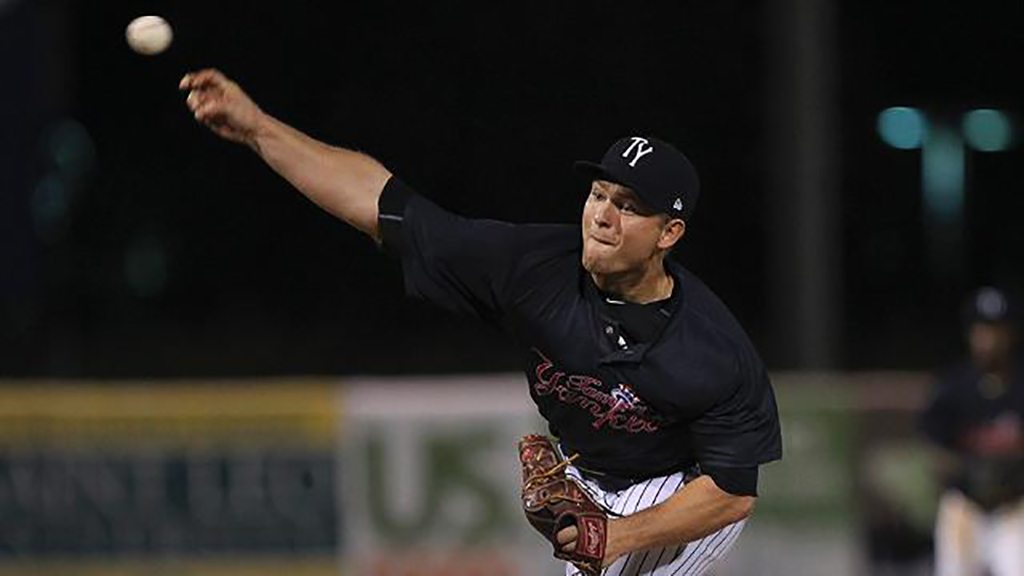 Daytona took a lead in the first before LHP Chaz Hebert cruised through the rest of his outing. Ty Washington hit a leadoff double down the left field line and, later scored two batters later on a single by Daniel Pigott, giving the Tortugas a 1-0 lead.

Hebert retired 16 of the next 17 batters he faced. The southpaw held the ‘Tugas to one run on three hits in six innings, tallying eight strikeouts while not allowing a walk.

The T-Yanks tied the score against a similarly efficient Jackson Stephens in the second. Miguel Andujar crushed a leadoff home run over the left field wall for his eighth homer of the year, tying the score at 1-1.

Stephens also tallied eight strikeouts and didn’t surrender a walk. The right-hander allowed one run on eight hits in seven frames for the Tortugas.

After Hebert struck out the final two batters of the sixth inning, RHP Chance Adams enters in relief and struck out the next five. A streak of seven is the longest stretch of strikeouts by Yankee pitching this season.

Tampa broke the tie in the eighth against Daytona reliever Evan Mitchell (2-2).

Jorge Mateo walked and stole second base. Abiatal Avelino drew ball four on a wild pitch, allowing Mateo to take third. A hit-and-run put Avelino in motion as Dustin Fowler singled through the left side of the infield, scoring Mateo. One out later, Andujar provided an RBI groundout to third. Ericson Leonora followed with a single to left, scoring Fowler and giving the Yankees a 4-1 cushion.

The Tortugas placed runners at first and second with one out against Adams in the ninth. After striking out Pigott, Adams left the game. RHP Giovanny Gallegos entered and struck out Taylor Sparks for his fourth save of the season.

Adams (1-0) tallied a career-high six strikeouts and notched his first win as a Tampa Yankee.

Fans can take a yoga class in the outfield from 11am-12pm and then enjoy brunch from 12-2pm. Use promo code: lululemonyoga to reserve your spot! Space is limited and the price increases if you want until the day of the game.

On Sonny’s BBQ Family Sunday, fans get 2 reserved tickets, 2 Sonny’s BBQ pulled pork sandwiches, 2 sides of Mac & Cheese, 2 sodas and 2 passes to The Florida Aquarium for $20. Fans ages 55 & older receive a coupon for a free scooter dog, SM popcorn & SM Soda or juice with the purchase of a reserved ticket. All kids 14 and under receive FREE admission. Kids run the bases after the game. The 2-Pack can only be purchased at the Steinbrenner Field box office.