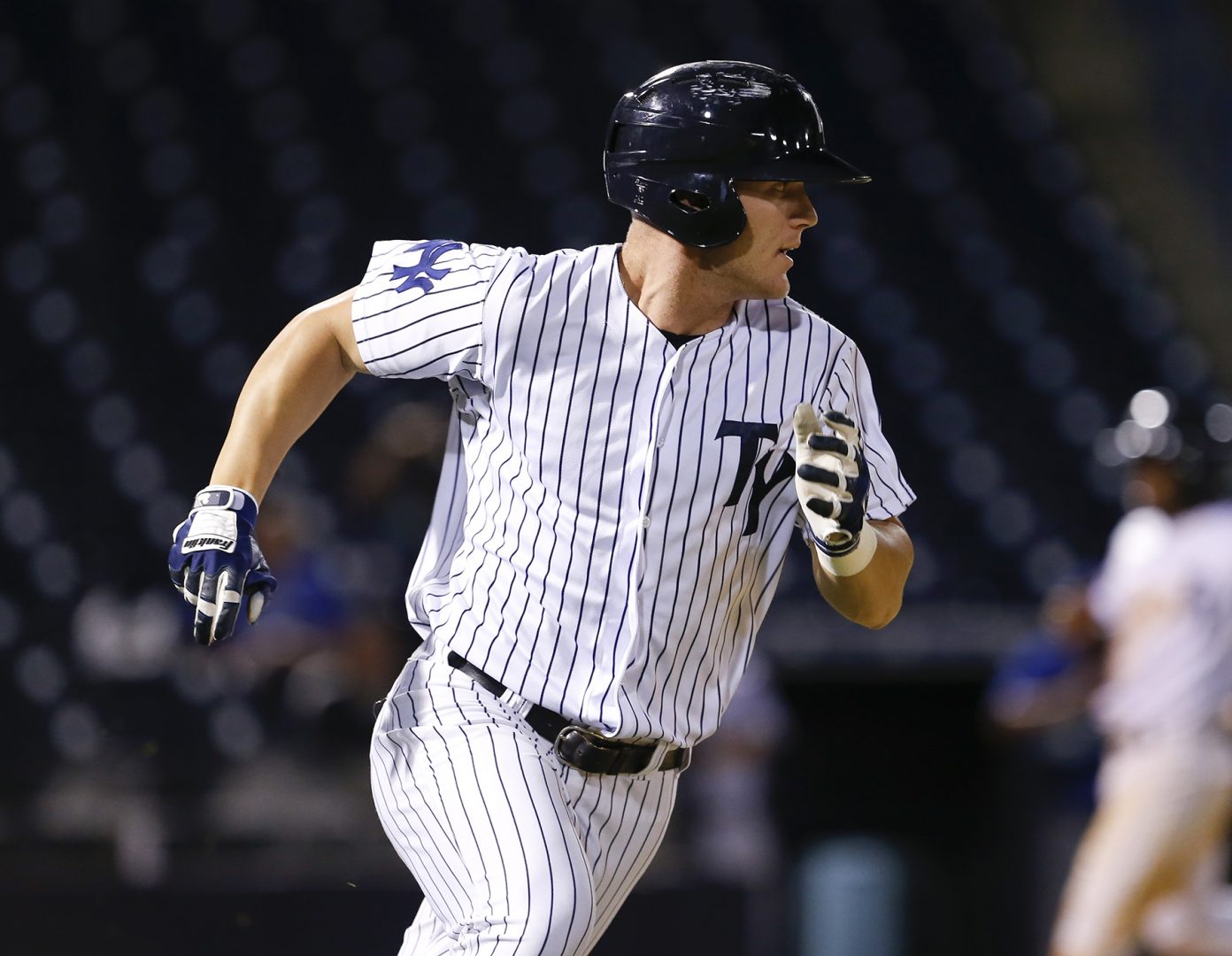 TAMPA, FL - MAY 8: during the Florida State League Class-A Advanced game between the Dunedin Blue Jays (TOR) and Tampa Yankees (NYY) on May 8, 2017, at George M. Steinbrenner Field in Tampa, FL. (Photo by Mark LoMoglio/Yankees)

After coming off of losing a three game series against the Fort Myers Miracle, the Yankees went to Bradenton to take the Marauders for four games. Taylor Widener got the start against the Marauders, as Tampa went into the series carrying an 8-5 record so far in the second half. The Yankees’ lineup still dealing with changes as they have all season, tonight with Alexander Palma at the top of the lineup, Tim Lynch at DH (now with Tampa for two full weeks, Angel Aguilar (having a whole week with Tampa), and Daniel Barrios (five games played in Tampa).

Taylor Widener went into tonight with a streak of not allowing more than two earned runs since June 8th. Tonight he started his first inning a bit shaky, giving up three runs off of three hits in the inning. The Yankees were able to pop off some hits in the earlier innings as well, but all runners would be stranded. Finally they’d break through for a run in the fourth. Trey Amburgey lined his 12th home-run of the season to left-center field, cutting it to a 3-1 game. Widener wouldn’t give up another hit the rest of his performance, but he walked four batters and would be removed in the fifth inning. Widener finished with 4 2/3 innings pitched, four walks, three hits, three earned runs, and four strikeouts. Amburgey would strike again in the sixth, cutting the Marauders’ lead down to a run. With two men on and one out, Trey shot a hard grounder past the diving infielder’s glove and that’d be enough to score Gosuke Katoh. Tim Lynch and Angel Aguilar then gave the Yankees the lead with a double and single, giving Tampa a 5-3 lead.

Jose Mesa would continue on for the Yankees pitching 3 1/3 innings striking out three, but giving up two runs off of five hits. However, that’d prove costly as the Yankees’ offense was held without a run following their four-run sixth. The Marauders’ bullpen gave up only one hit after the sixth inning, and the Yankees would fall following a throwing error by Daniel Barrios after Mitchell Tolman’s sacrifice bunt, 6-5.

Tampa will have another try at it tomorrow as Dillon Tate looks to continue his hot streak since joining Tampa last month. He holds a 1.47 ERA in his three performances with Tampa, striking 21 batters out in his 18 1/3 innings, and only allowing three earned runs.